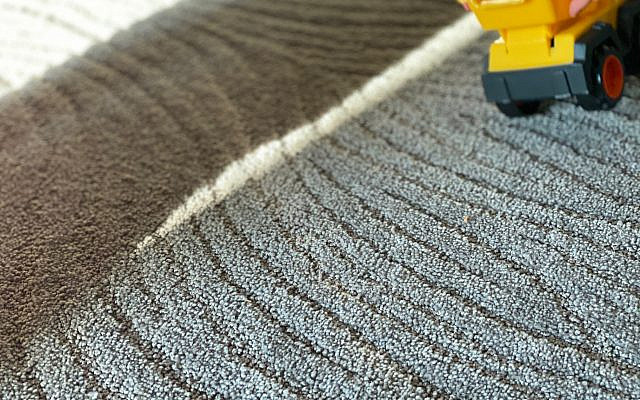 The kids have figured it out.

You may have heard—although, if you live north of the Mason-Dixon line, hardly noticed—that states have reopened many of their businesses, including frat houses, prisons, and stores deemed not-in-the-least-bit essential due to lack of billion-dollar lobbying budgets.

Fortunately, we’ve elected brave leaders to guide us through our nation’s COVID-19 catch-you-later strategy. Our president is so courageous, he’s offered himself up as a one-man-band experimental drugs (most recently, hydroxychloroquine) clinical trial, serving as the study and control group, as well as scientific translator. Also (and you are going to love this), Trump has joined his considerate coronavirus czar, Vice President Pence, in always giving up his mask to other, lesser people, even in well-known contagion zones such as the White House.

But as Trump and Pence map out the final details of our reopen-now-ask-questions-in-2022 game plan, they’re discovering a slew of new problems.

According to the current (and—unless the Democrats can scheme their way to mail-fraud elections—also future) administration, this is the best news we’ve heard since Nov. 8, 2016. Believe Trump and whomever he’s yet to fire from his team. The last thing we need is to run out of new problems that propel innovation by crowbarring our minds and hearts like coronavirus-unites-us ads from corporate giants that may or may not have raided the federal funds set aside for mom-and-pop shops.

We’ll get to the potential solution later. Let’s start with the issues we’re facing around the corner, and we’re not just talking about bare-faced baby-kissers bearing down on us. While you figure out which of the dozen masks you bought on eBay you wish to wear out tonight or which conspiracy theory you choose to justify your refusal to wear one, feast your binge-fatigued eyes on this Special Report: “Reopening’s Repercussions Reverberate through the Republic.”

As you already know, everyone’s a screenwriter. The manicurist filing your nasty nails? An award-winning scribe. The barber trimming your noxious “beard”? A critically acclaimed dramatist. The tanning consultant positioning your sun-deprived body on that ultra-violent roaster? A film festival-veteran scenarist. But until COVID-19 rendered their excuses less endearing, most scripters had never written a script. That has changed, dramatically, frighteningly, and rom-comically. In this country alone, we’re about to get smacked in the face by 328 million TV pilots, talkies, and other storytelling blueprints. And that’s a conservative estimate. It assumes only one project per person.

Anecdotal evidence indicates the aforementioned 328 million figure may be too low. For instance, when our Zoom free-food-sample support group meeting host shared his computer screen, we noticed he completed nine screenplays, one during every shut-in week.

This trend parallels a related rage: Everyone not only writing, directing, producing, filming, and editing a documentary, but starring in one. Get ready for “The Last Simple,” “Raising Tiger,” “Miller’s Dance,” “Tiger Fink,” “The Hudsucker King,” “Tiger,” “The Last Lebowski,” “O Tiger, Where Art Thou?,” “The Tiger Who Wasn’t There,” “Intolerable Dance,” “The Dance Killers,” “No Country for Old Tigers,” “Tiger After Dance,” “A Serious Tiger,” “Dance Grit,” “Inside Tiger King,” and “Hail, Tiger!”

We have no known cure.

Even Hollywood’s refusal to look at any script with fewer than 10 writers and five years of development that includes cryptic notes to test the scribes’ sanity has failed to stem the tide. Liberals believe that if we spend trillions of dollars, we can come up with a partial remedy by 2040.

With the global pandemic giving parents the permission to let their children watch whatever they want whenever they want, kids have taken over the internet. Although they swear they’ve Zoom bombed no one (“been there, done that”) and have spread no fake news (“those gigs require college degrees or large political contributions”), they admit to stealing the clandestine, ancient Parenting Manual.

This manual has confirmed kids’ suspicions: Parents have no idea what the heck they’re doing and make up “rules” randomly, unfairly, and for no valid reason whatsoever. Our Expert Child has interpreted this to mean that the disciplinary measures mothers and fathers claim pain them, too, are as bogus as their assertions that the pillars of a happy, healthy childhood are homework, housework, and suffocating silence at naptime.

We’ve recently learned that kids have their own secret, prehistoric manual, Listen to No One Ever and Do Whatever You Like Always. Although most of its pages are blank (our Expert Child colored in a few of them, spilled chocolate milk on a couple, and soiled some of the others), its message may not be as opaque as it seems: It encourages would-be innocent children to never pay any attention to anyone and to constantly act out.

One of the History Channel’s top “Ancient Aliens” experts, Giorgio A. Tsoukalos, whose hair has mushroomed into a termite mound during the lockdown and now houses various species of earthly and otherworldly beings, says he doubts actual children could’ve written this children’s manual. Even today, but especially so, so long ago. He suspects it came from “somewhere out there.”

We pressed him for specifics. His eyes sparkling, his mouth watering, his fists pumping, Tsoukalos smiled, threw back his hair (inadvertently tossing out several creatures that swiftly ran for their lives), tilted his profile, stuck out his chin, winked in slo-mo, and half-whispered, “not from here.”

Regardless, parents would sell their firstborns to get their over-washed, shriveled hands on it. They also want their manual back.

If only they could force their children to give them copies.

The lockdown has given millions of people the opportunity to end their dependence on the distending debauchery of gorging on free food samples such as blueberry feta naan pizza at Costco. When full normalcy returns—and liberals are confident this may happen as early as 2030—recovered free-food-sample addicts will have to muster all their strength to reject the likes of itsy-bitsy cheesecakes so cute and tiny, they could sit atop dollhouse-kitchen tables.

Before COVID made establishing mobile personal 6-feet barriers the new way to win friends and influence people, free-food-sample support groups popped up all over the country. However, they’ve proven even less effective than intermittent fasting. Perhaps that’s because the free-food-sample support groups met in “neutral” sites (often, Costco) (let’s be honest, almost always Costco) (all right, never not Costco). But what’s our post-coronavirus alternative? Continue to gather virtually and risk getting Zoom-bombed? Better to try to skirt the Costco meatball pushers than to have to reboot your computer and re-log onto Zoom with a refreshed password only to find your free-food-samples support group friends flaunting DIY cheddar-bacon hash-brown tots.

Watch out for airborne toothpicks. And save some sticks for us. We’re hosting a Zoom free-food-sample support group meeting Tuesday. (3:30 pm EST. Join from PC, Mac, Linux, iOS or Android: https://www.facebook.com/boaz.dvir. Password: EATORBEEATEN.)

The lockdown has exposed a lie perpetuated by cartoons and “Tiger King”: that dogs and cats are enemies. We’ve seen overwhelming evidence, and not just on YouTube, that they get along far better than us bickering humans. Maybe it’s because they have separate bathrooms, are not forced to share meals, never slow down each other’s internet speed, and make no attempt to evenly split up childcare, housework, and lawnmowing. Nonetheless, there they are, stereotype-defying, home-video-dominating, tick-nurturing creatures living in the kind of peace and harmony that would annoy Gandhi.

How, you might wonder, is this a problem? Well, it robs us of our ability to efficiently navigate the world. We can no longer divide our neighbors, community members, adversaries, frat brothers, documentary-series heroes, prematurely released prisoners, etc., into dog and cat people. Good luck figuring out who to love, who to hate, what to like on social media, and how to start conversations with strangers.

What’s the solution? It’s obvious to anyone who thinks big. Shrink the human race. Squeeze the springs that connect the atoms in our bodies. Turn all 7.8 billion of us into ant-folk. This will make the coronavirus droplets easy to spot and avoid. We can dodge them like we now evade each other.

Think about all the other benefits. The whole Trump administration can fit into one reusable mask. One bottle of hydroxychloroquine can save all the dog and cat people. And families will move into dollhouses, where they’ll find, atop their kitchen tables, complimentary Costco cheesecakes.