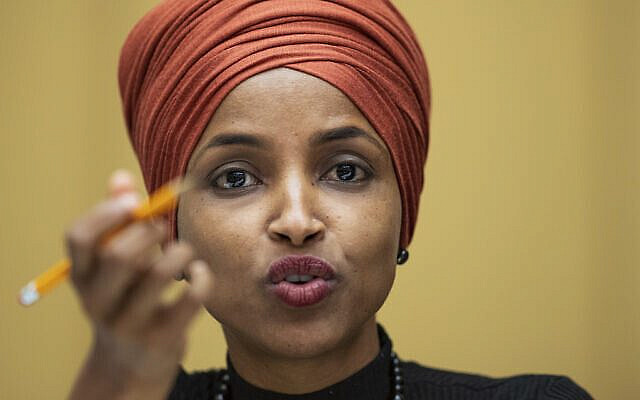 Rep. Ilhan Omar, D-Minn., speaking to witnesses during a House Committee on the Judiciary on September 24, 2019, (AP Photo/Manuel Balce Ceneta)

Congressman Tom Suozzi should rescind his support of the Council on American-Islamic Relations (CAIR) because of the organization’s ties to terrorism. Suozzi should also stop holding important Town Hall events for his constituents on Shabbat, thereby excluding tens of thousands of his own Sabbath observing constituents from taking part in them. Suozzi cannot continue to ignore his large pro-Israel, orthodox constituency and then go on to ask for their vote. With critical primaries just a week away, constituents will also get to decide if this is who they want representing them or if this is how they would like to get treated.

This past November, Suozzi sent CAIR (Council of American Islamic Relations) a glowing letter of support, assuring the organization that their “work across the nation is much appreciated.”  He sent this letter of support, even though Senator Schumer once said that CAIR has “ties to terrorism” and cutting off contact with the Islamist group “should be government-wide policy.”
Suozzi might claim that he had no idea that CAIR has a virulent history of promoting anti-Semitism, but the evidence says otherwise. The FBI designated CAIR an un-indicted co-conspirator in terrorism, for providing support to violent Hamas jihadists in 2007.  The American government is hardly alone in reaching this conclusion.  CAIR has also been designated a terror organization in the United Arab Emirates.

This is not where it all begins and ends. Tom Suozzi has a pattern of disturbing conduct towards the Jewish community.  Just last year, Suozzi announced publicly that he wanted to become an “Honorary member of the Squad.”

“The squad” is comprised of Representatives: Omar, Alexandria Ocasio-Cortez, Rashida Tlaib, and Ayanna Pressley.  It is no secret that Omar and Tlaib have both been venomous critics of Israel during their time Congress. Omar and Talib are also known for espousing antisemitic tropes and shamelessly falsifying the facts on the Israeli-Palestinian conflict.

A few months ago, Tlaib promoted a blood libel charge about a “violent herd of Israeli settlers” murdering a Palestinian child and throwing his body in a well. A few days later, Tlaib was forced to acknowledge that the boy’s death had nothing to do with Jews; but she never apologized and many of her one million Twitter followers still believe that Jews murdered the boy. Omar and Talib should not be confused with many people on the political left – who simply support Israel, while criticizing the policies of the Netanyahu Government. The pair’s statements are radical and frequently reflect anti-semitism.

Suozzi also has a disturbing history of holding Town Hall style events on Shabbat, even though tens of thousands of observant Jews are unable to attend.  This past Saturday, for example, Suozzi hosted an exceptionally large event with a wide array of public officials. Now more than ever, elected officials should make every effort to schedule events so everyone can participate and learn about important public health updates.  Scheduling events on Shabbat is not just discourteous to the Jewish Community, it is also dangerous. Excluding entire segments of a constituency from taking part in the political discourse has the potential for great damage. Representative politics can only work so long as it is that—representative. The moment exclusion becomes a reality the entire system is undermined.

I call on Congressman Suozzi to retract his support for CAIR with all of its Hamas ties, to include his orthodox constituents in the political discourse, and to strive for more representative politics. If he can’t do it there are others who would be happy to take his place in congress. 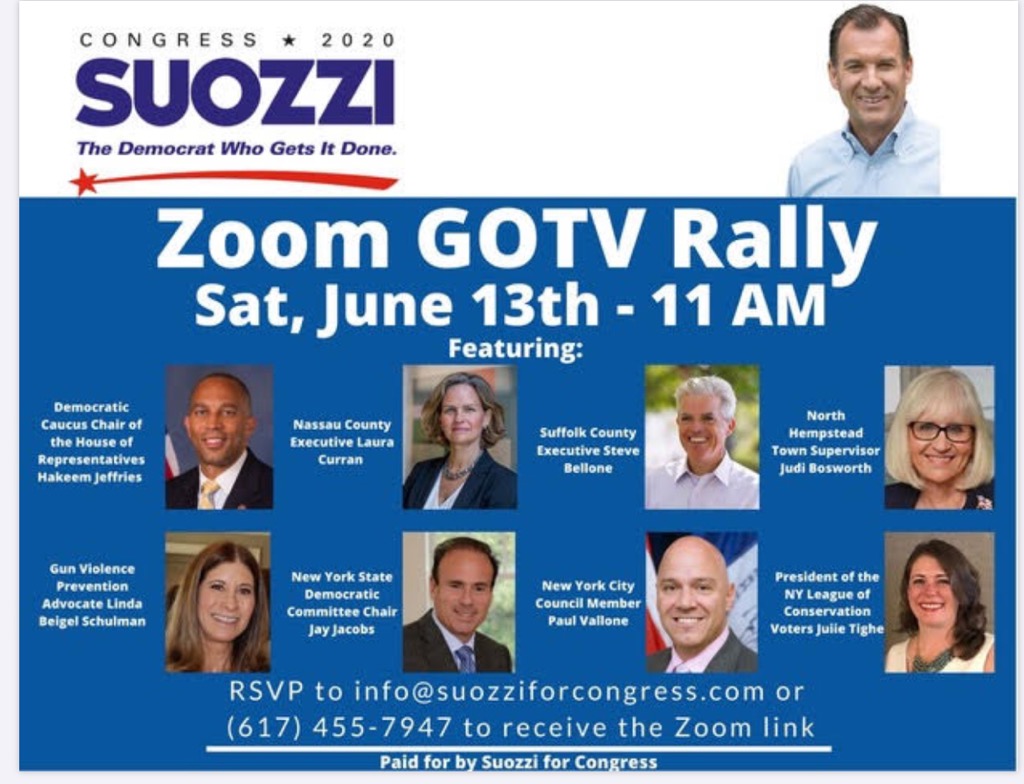