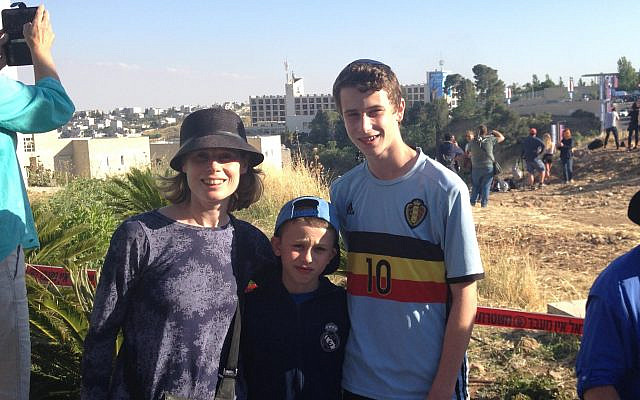 In the process of Tshuva (repentance), we slowly work on making amends from Rosh Chodesh Elul to Slichot, to Rosh HaShana, to the Aseret Ymei Tshuva (Ten Days of Repentance) to Yom Kippur and finally to Hoshana Raba.

In the journey of aliya, immigrating to Israel, as well, we must plan our path properly and carefully to ensure that it will be successful.

Yet there are Jews who have been gathered from the four corners of the earth who were forced out of their homes with no opportunity to pack or plan and the State of Israel took them in and helped with the transition.

Just a few blocks from our home in Jerusalem’s Talpiot/Arnona neighbourhood there is a building called the Diplomat. It was a hotel until 1991 when the influx of Russian and Ethiopian immigrants arrived in Israel. At first, the government turned the building into an absorption center for both Russians and Ethiopian Olim.

The Ethiopian immigrants were quickly moved out and were temporarily relocated to the Shalom Hotel. After a short time, the Ethiopian Olim integrated into Israeli society and the Shalom went back to being a hotel.

The Russian immigrants who were already older have remained in the Diplomat as a permanent absorption center since 1991.

A few years ago, the United States bought the Diplomat which is right next to where the New US Embassy is today.

The 500 Russian immigrants who are still living there, mostly in their 80s and 90s insisted that they will only move out if they can all be moved together to a new facility in Jerusalem.

Until the residents move out, the new embassy in Jerusalem cannot be expanded. Yet year after year they continue to remain living at the Diplomat until a new building will be completed for them all to move to together.

May the blessing that we say as part of the prayer for the welfare of the State of Israel be fulfilled:

Remember our brothers, the whole House of Israel in all the lands of their dispersion. Speedily bring them to Zion, Your city, to Jerusalem, Your dwelling place, as it is written in the Torah of Moshe your servant (Dvarim 30:4-5):

Even if your outcasts are at the ends of the world, from there will HaShem your God gather you and from there will He fetch you. And HaShem, your God, will bring you to the land which your fathers occupied, and you shall occupy it; and He will make you more prosperous and more numerous than your fathers.

I hope to see you in Israel soon!