Yesterday, I was stopped in my tracks.

After reading the headlines detailing the constant stream of rocket fire that the residents of Asdod – Israel’s 5th largest city by population – find themselves under, I interrupted my normal schedule to go and visit these brave, resilient citizens.

Newspapers read that Ashdod residents are “cannon fodder,” but I found a totally different picture when I visited. 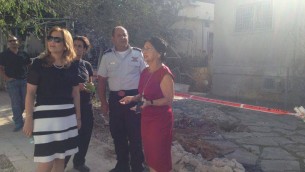 What I found in Ashdod was the true meaning of resilience. Instead of hiding and letting current events strip them of their normalcy, the residents of Ashdod carried on their lives and continued to live the life they deserve.
It was hard not to be moved by the many volunteers, speaking what I counted as eight different languages, and the spirit of giving and the inspiring work they were doing, despite the constant barrage of rockets. 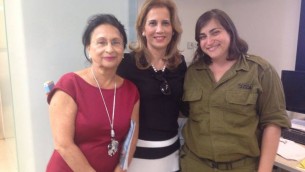 Reservists and volunteers doing their work “בשמחה” (with joy)

I was completely impressed by the performance of the fire fighters, emergency responders and rescue forces, both volunteer and permanent, who cooperate in a manner that enables them to respond both quickly and efficiently. 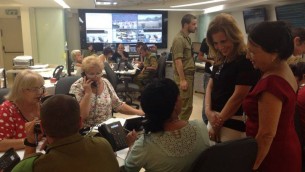 Emergency Call Center in Ashdod where volunteer and permanent emergency responders are working together, ביחד

There is no doubt that the spirit of these volunteers, their strength and resilience, helps the residents cope with their constantly changing reality.

To those who are ready to respond 24/7, I must take this opportunity to give my most whole-hearted thanks.

And to the residents of the South – and every person who finds themselves in a similar, difficult situation – We will not compromise until the quiet returns, whether by cease-fire, diplomatic agreement or military action.

On this occasion, I send a warm hug and condolences to the family of the precious volunteer who was killed in the evening at the Erez crossing.