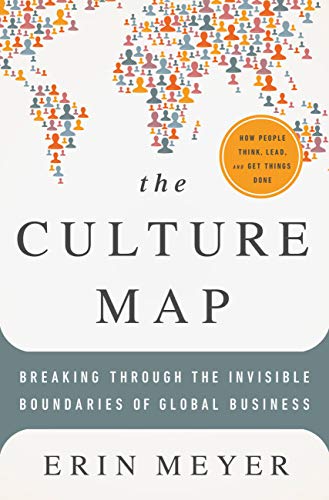 I may not have actually understood the joke as the small Jewish non-survivor community in Elgin (one synagogue) didn’t talk about antisemitism. And in fairness to the other student, he couldn’t really expect to be telling the joke to a Jew. Each year I was the only Jewish student in all my classes.

This somewhat painful anecdote brings me to one of my points:

Because many of us Jews look “white,” people say antisemitic things to us because these people don’t think we are Jewish.

Recently someone told me of a banker whose colleagues do not know he is Jewish, and every day he suffers from their antisemitic comments about Jews and money.

In my opinion, it is important that the banker use these comments as a teaching opportunity to explain (whether he admits he is Jewish) that these jokes are antisemitic and perpetrate hate against a group of people. To allow the jokes to go on day after day only adds to the other bankers’ perception that such comments are acceptable – and worse, are true.

From my perspective now, antisemitic comments said directly to us or in front of us are a huge opportunity to educate people. These uneducated people (nicer word than “ignorant”) have enabled us to explain and correct these antisemitic statements.

First, though, we have to be prepared to calmly and articulately respond to these offensive statements in a manner that leads to a learning situation.

We must get over the usual reactions – as someone said to me recently, “I freeze or get angry.” Neither freezing nor responding in anger will help to educate these people nor will it make us feel that we have helped to combat antisemitism.

First, full disclosure: I am not a psychologist, social worker, or a similar professional. I am, besides being a wordsmith, someone who took assertiveness training in the 1970s and ever since has believed in and practiced this powerful technique (admittedly not always successfully).

Looking back now to that long-ago incident in 10th grade, it would have been better to say: “I understand that you may find this joke funny, although as a Jew I find it offensive. The joke perpetrates a false stereotype that the Nazis used in their destruction of the Jews of Europe during WWII.”

(Yes, in the early 1960s I am not sure how clear either the other student or I would have been about the Nazis and WWII. American history was taught the following grade year and I don’t think we got to the Second World War – too much earlier American history to cover.)

Granted, for me to say all that calmly would have required practicing this response beforehand, as in assertiveness training classes we practiced effective responses to verbal attacks.

Here is what I am recommending for all of us:

For a classic book on assertiveness techniques, check out the revised WHEN I SAY NO, I FEEL GUILTY by Manuel J. Smith.

Additionally, the book THE CULTURE MAP: BREAKING THROUGH THE INVISIBLE BOUNDARIES OF GLOBAL BUSINESS by Erin Meyer explains very important cultural communication differences around the globe. (I mentioned this book in connection to context for my Times of Israel post “Missed Educational Opportunities in Holocaust Literature.”)

As THE CULTURE MAP explains, if you are speaking to someone with a different cultural communication style, you may have to adjust your “speaking up” assertiveness about antisemitic comments. Learning and utilizing these differences could be tremendously important in our fight against the rise of antisemitism.

In conclusion, freezing up or replying with anger will not help combat antisemitic remarks. We must all commit to learning how to effectively “speak up” – educating people and helping to slow the alarming rise in antisemitism around the globe.