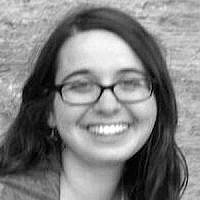 The Blogs
Talia Katz
Apply for a Blog
Advertisement
Please note that the posts on The Blogs are contributed by third parties. The opinions, facts and any media content in them are presented solely by the authors, and neither The Times of Israel nor its partners assume any responsibility for them. Please contact us in case of abuse. In case of abuse,
Report this post.

On Thursday April 30th, violent demonstrations erupted in the streets of Jerusalem. Growing up in one of Maryland’s Jewish communities, I am no stranger to the news of tense clashes between Jews and Arabs filling the quarters of Israel’s contested capital. Yet, last nights’ protests were different. As the over 1,000 protesters marched from the French Hill to the Jerusalem Light Rail Bridge, by way of the Prime Minister’s Residence, not a single mention of the historic conflict between Jews and Arabs was made. Rather, members of the Ethiopian community protested against the excessive brute force of police officers (largely white, middle class, and male) to which they are subjected on a daily basis. Do their claims ring a bell?

Earlier this week, footage surfaced of two white police officers assaulting a young, Ethiopian IDF soldier in Holon.  Believing the young man to be in possession of a suspicious package, the first officer approached the Ethiopian soldier. Although the soldier showed no signs of resistance, the officer began to beat the man. Shortly after, a second officer arrived to “assist” his colleague. Also this week, 6,000 miles away, an unarmed black man, Freddie Grey, died from a severe spinal injury while in police custody. A state of emergency was declared and curfew enacted as Baltimore’s buildings went up in flames.

These cases of brutality (and the plethora of others which go unreported) are not isolated incidents. They heartbreakingly illustrate a key social tension occurring globally. Police brutality is not just an issue of racism, rather a manifestation of the conflict between “masculinity” and what we might call “civilization”. When we examine the issue of police brutality without considering the paradigm of gender, we miss the point. In her monograph Manliness and Civilization, Dr. Gail Bederman explains how the ideal notion of American “manhood” develops out of a legacy of Social Darwinism and is intimately connected to the notion of race. She tells the story of colonialism and white male supremacy, emphasizing the tricky paradox which arises when the dominant, white males use their brute force to bring “civilization” to the natives. The clash develops, as the colonizers discover that there is something intrinsically more masculine, threatening, and powerful about the “people of color” running around in the “uncivilized” world. Perhaps Bederman’s thesis helps us explain why a police officer stationed at Dizengoff Center will act differently when moved into a “rougher” neighborhood in Holon.

As I scroll through my Facebook news feed, I see countless Gandhi and Martin Luther King Jr. quotes. After citing one of the above leaders, friends and acquaintances write a perfunctory sentence condemning both excessive police force and the violent demonstrations taking place in Baltimore. Yet can we simply combine the two types of violence in one simple denunciation? Social theorists have long contended that social stability is hinged on the threat of violence. The German sociologist Max Weber famously explained that the state monopolizes the legitimate use of violence in order to maintain order. The the institutionalized violence of the police is seen as legitimate. On the other hand, a civilian engaging in an act of violence is liable to persecution under the full extent of the law. Certain social groups can access this “legitimate” violence, while others are left on the outside.

It is also important to recognize that these police officers are victims too. Historical processes have transplanted social expectations of “what it means to be a man” onto their bodies. Higher level administrators and government officials have failed to adequately educate, train, and prepare police officers to deal with the complex intersection of race, gender, and power that they will encounter as they carry out daily tasks.

When I chose to spend a semester studying abroad in Israel, I never expected that I would pick up a copy of the local newspaper and find that the pictures of burning buildings, overturned cars, and shattered glass would have been taken in a city only 40 minutes from my hometown. The issue of police brutality is salient and developing a solution to solving its underlying roots is pressing. Let us consider Bederman’s thesis and the role of masculinity in these events. Whether in Jerusalem or D.C., Holon or Baltimore, it is a gender paradigm which will help provide us with the tools necessary to end the structural violence which fuels such abundant suffering.

About the Author
Talia Katz is a sophomore anthropology major and human rights fellow at Yale University. Prior to begining her studies, she served as a Global Citizen Year Fellow in Senegal, West Africa. Talia currently resides in Tel Aviv, where she is an exchange student at Tel Aviv University.
Comments