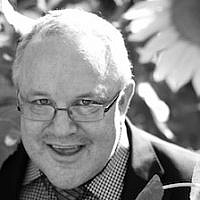 The Blogs
Marc Daniels
Apply for a Blog
Advertisement
Please note that the posts on The Blogs are contributed by third parties. The opinions, facts and any media content in them are presented solely by the authors, and neither The Times of Israel nor its partners assume any responsibility for them. Please contact us in case of abuse. In case of abuse,
Report this post. 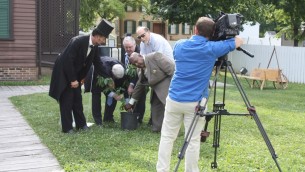 Against all of this negativity, a group of Springfield city leaders got together behind one of America’s most important symbols, that of Abraham Lincoln: Rabbi Barry Marks of Temple Israel, Willis Logan, assistant to Mayor Mike Houston, Bill Houlihan, Deputy Director for U.S. Senator Dick Durbin, Fritz Klein, a renown Abraham Lincoln actor, and me, Marc Daniels, the Campaign Director of the Weed Out Hate Initiative. Together, we created the kind of powerful positive symbol, to inspire us, instead of enraging us.

Mayor Mike Houston even issued a special Abraham Lincoln Weed Out Hate Proclamation, calling on all Springfield residents to root out a symbolic weed of hatred as a civic prayer and act of solidary for the citizens of Gaza and Israel.  The power to change the world individually and collectively rests within us.  This is the power to draw the Light of the Creator to irradiate and illuminate our stony hearts into spiritual bio-fuel. 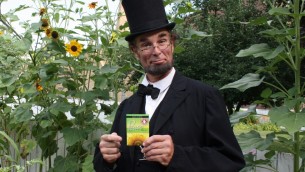 But this was much more than rallying behind the American symbolism of our 16th President, but rather to recognize that his heart and soul was firmly rooted in that of Abraham the Patriarch, a symbol common to all three Western religions.

We need to start repairing the world, and this repair begins within ourselves. We need to begin reaching out to our neighbors and put into action what others only preach about.  Without these kinds of efforts, “Protective Edge” incursions will forced to painfully weed out the hate, like chemotherapy, for protecting the future reconnection of all of our roots back to the Garden.