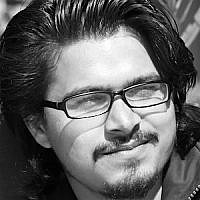 Rise of Hindu Nationalism in India after 70 years of Independence, is nothing something unexpected phenomenon, which is sweeping the nation since last two decades.

Its roots lies deep down in Mahatma Gandhi’s social, political ideology which couldn’t digested by a large section believers in Akhand Bharat (Undivided or Greater India) before and after British Rule.

Nothing apart was followed by Gandhi’s ideologue Nehru, overlooking deep down tides of dissatisfaction taking shape of Hindutva Nationalism.

After 1947 Gandhi’s and Nehru’s secularism didn’t catch up masses who had been under foreign oppression since last 10 centuries, and paved a way to Rashtriya Swavamsewak Sangh jumping into politics.

Hindutva was never seen as an uniting social and political force in modern India until 1906 when Agha Khan founded Muslim League in undivided India.

Even after inception of Rashtriya Swavamsewak Sangh in 1925 by Keshav Baliram Hegdewar, Hindutva had not been a political entity, as Britishers, Gandhi, Nehru did not heed on it as a potential stakeholder.

All Indians had at that time was Congress Party as a secularist for whole India, on the other side was Muslim League for separate Muslims State to negotiate with Britishers.

Gandhi and Nehru talked about Idea of India which we have now, while Muhammad Ali Jinnah produced present day Pakistan, and no one listened to what Hindus wanted.

Since Mughal invasions till British Rule, and from partition of India until late 1970s Hindutva remained a largely neglected and unheard social and political entity.

Nonetheless, until late 1970s religion remained out of political agenda as there were no significant amount of Muslim population (5%) left in divided India.

But, after this period (late 1970s and 80s) as Muslim voters again started rising, Congress, only major political party, started their appeasement against the will of majority of population.
This gave a sudden rise of Hindu Nationalism in late 1980s, as Rashtriya Swavamsewak Sangha came blatantly to represent and protect Hindus.

Rise of Bhartiya Janata Party since demolition of Babri Mosque in 1992, has become contemporary bone of contention between two community, which is again Churning up Communalism in India.

About the Author
Based in Tel Aviv, Israel, I am a journalist, writer and blogger, worked for leading newspapers and news channels including DD News, Ministry of Information Technology in India for many years.
Comments