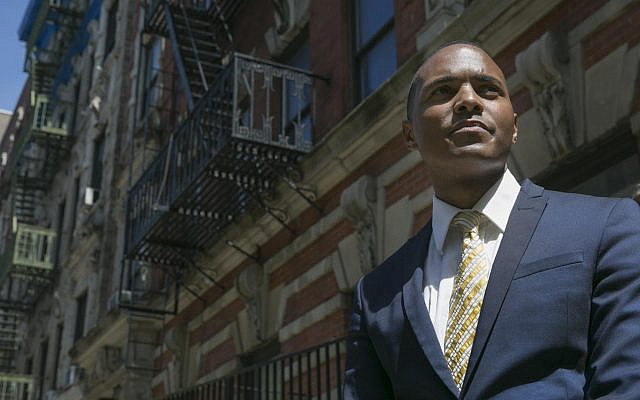 Several leading progressives, members of the so-called Squad, have proved their anti-Israel bona fides once again by voting against emergency funding for Iron Dome. But AOC managed to anger partisans on both sides of the issue: First, losing the courage of her hard left convictions, she tearfully voted “present.” (She later claimed she had been subject to “hateful targeting.”) Later, she apologized to her constituents for not voting “no.” As the New York Times reported, “Ms. Ocasio-Cortez drew condemnations on social media both from supporters of Israel, who savaged her for failing to support the funding, and from progressives and pro-Palestinian activists, who expressed outrage that she ultimately did not register her opposition to it.” Even her fellow traveler, Sarah Silverman, was aghast. As Allison Kaplan Sommer wrote in Haaretz, “while in the past the politically engaged entertainer appeared to be able to reconcile her connection with Israel with enthusiastic support of the high-profile congresswoman, this time around she was stunned and disappointed.” No doubt, many other progressive Jews are feeling similarly conflicted.

But Congressman Ritchie Torres has shown that it doesn’t have to be that way.   Recently elected to represent New York’s fifteenth district in the Bronx, he is deeply progressive. He is also solidly pro-Israel. And he doesn’t like being compared to his neighbor, A.O.C. As Torres recently told New York Times columnist Bret Stephens, “I resist the temptation to fit into a preconceived narrative. My career in politics long predates the Squad.”

Moreover, as Stephens put it, “Torres is everything a modern-day progressive is supposed to look and be like, except in one respect: Unlike so much of the modern left (including A.O.C., who grew up as an architect’s daughter in the middle-class Westchester town of Yorktown Heights), he really is a child of the working class. He understands what working-class people want, as opposed to what so many of its self-appointed champions claim they want.”

Torres made his position on Israel clear last May in a New York Post opinion piece. There, he wrote that “Israel is under siege not only from relentless rocket fire at the hands of Hamas but also from an endless propaganda war that has taken on a new intensity here in the United States and elsewhere.” He went on to declare his “unwavering commitment to both the sovereignty and security of Israel as a Jewish state.” Writing after the latest Gaza conflict, he said: “With sovereignty and security comes the inherent right of self-defense, a right that every state, including our own, takes for granted. Why should Israel be an exception to the rule? Why should Israel be held to a deadly double standard in a moment of terror?”

Moreover, Torres is not afraid to call out the false claims of Palestinian victimhood popular on the hard left. In the same opinion piece, he wrote: “Circulating on social media is a vicious lie—a lie that deceptively reframes the terrorism of Hamas as self-defense and deceptively reframes the self-defense of Israel as terrorism. Increasingly, we seem to live in an Orwellian universe where the truth no longer matters.”

That’s a tough stand to take these days, especially for a progressive. As Torres acknowledged, “Support for Israel, especially in moments like these, is not for the faint-hearted.” Indeed, he has been accused of supporting apartheid, ethnic cleansing, and genocide. But Torres refuses “to be silenced by an overbearing Twitter mob, dominated by the extremes of American politics.”

Torres made similar points a few days ago, speaking to the American Jewish International Relations Institute (I am on the AJIRI board). There, he decried the “Jeremy Corbynization” of the left and the anti-Semitism of the “Democratic socialist industrial complex.” He went on to add: “It’s politically inexpedient to support Israel in progressive politics.”

But Torres defies that orthodoxy, while remaining a genuine progressive. And because he’s not an ideologue, he can follow his conscience on Israel. At the end of his piece in the New York Post, Torres wrote, “I am here to state, in the clearest possible terms, that I stand with Israel, because doing so, quite simply, is the right thing to do.” Too bad more progressives don’t have that kind of courage.

About the Author
Paul Schneider is an attorney, writer and member of the Board of Directors of the American Jewish International Relations Institute (AJIRI), an affiliate of B’nai B’rith International. He lives in Bethesda, Maryland and frequently travels to Israel.
Related Topics
Related Posts
Comments