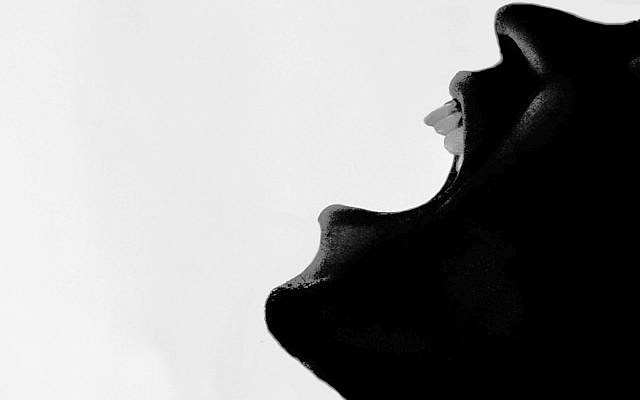 Photo by Brian Lundquist on Unsplash

Rosh Hashana is celebrated with a variety of beautiful customs and rituals, but the central mitzvah of the day is listening to the sound of the shofar. The shofar is so focal to the holiday that in Torah itself, the day is referred to only as “a remembrance of the shofar blast, a holy occasion” (Leviticus 23:24), and “a day of shofar sounding for you” (Numbers 29:1). The name Rosh Hashana was only applied to the holiday in the Talmudic period 1500 years after the Torah was given. Until that time, the day was referred to simply as “Yom Teruah/the day of shofar sounding.” In order to understand Rosh Hashana, we must therefore explore the meaning of the shofar.

The shofar, as known, is a ram’s horn that has been hollowed to create a rudimentary instrument that emits a trumpet-like blare. It is sounded over one hundred times throughout the holiday’s prayer service, and the sages provide a variety of explanations for this practice. Historically, the shofar recalls one of the most striking and pivotal moments in the biblical narrative – the binding of Isaac. In a test of his faith and obedience, Abraham is commanded by God to sacrifice his beloved son. Without hesitation, Abraham binds Isaac on the altar and raises the knife to slay him. At the last moment, God calls to him and tells him not to harm his child. Instead he offers a ram that has become caught in the thicket behind him. Ever since, the ram’s horn has been a symbol of complete devotion and self-sacrifice.

The sages have provided a number of additional interpretations for symbolism of the shofar, including the coronation of the king, the cry of anguish over our mistakes throughout the past year, the bugle call of reveille urging us to awaken for the year ahead. On the mystic level, we can identify another symbolism that will help us to approach the most profound depths of this extraordinarily holy and powerful holiday.

The mitzvah of shofar is not to blow the ram’s horn, but rather to hear the sound that the blowing of the horn produces. We can see this in the blessing that we recite before the shofar is sounded: “Baruch attah A-donai E-loheinu melech ha’olam, asher kidshanu b’mitzvotav vitzivanu lishmoa kol shofar/Blessed are You, Lord our G-d, King of the universe, Who sanctifies us with His mitzvos and commands us to hear the voice of the shofar.” What is so important about hearing this sound specifically, and why is this the primary mitzvah of the day that initiates the entire year ahead?

There is a chassidic aphorism which states that words are the pen of the mind and music is the quill of the soul. Human beings communicate in a variety of ways – language, gestures and expressions, art and music, to name just a few. Language enables us to succinctly and concretely transmit our thought and ideas, but there are limits to language and there are many different languages. Even if one were to be fluent in every tongue, there are still many things that words cannot convey. Music has been described as a universal language which can carry us to levels beyond words and express things that words cannot. Yet even music has its limitations. There are only so many notes and only so many ways to arrange and perform them. Furthermore, there are those who are adept at music and sensitive to its nuances and those who are not.

There is something that is even more universal and which is understood by all, no matter where they are from, how much or little they know, and how trained or insensitive their ear. And that is the wordless cry from the depths of the soul. What makes this mode of communication universal is its simplicity and invariability. It pertains and translates to all of us because it resonates within all of us. That is because it emanates from the place within us that is the very same no matter who we are: the spark of God that is our essence and core.

The word “shofar” comes from the root “shefer” which means beauty or grace or even eloquence. This seems strange at first glance, because the sound that the shofar produces could hardly be described as beautiful or graceful in any traditional sense. It is certainly not dulcet or pleasing to the ear. “Eloquence” generally connotes an ability to express oneself with verbal mastery or with deep insight and meaning. Again, this seems to be in contrast with the crude and unsophisticated sound that the shofar blares. Yet what the relationship of the word shofar to its root “shefer” comes to teach us is that true and ultimate beauty is a far more inward concept. It is an eloquence that cannot be expressed with words because it is completely beyond reason and differentiation. It is a sound that emanates from deep within the recesses of our core. It can be heard whenever one genuinely cries from her/his depths, but it resounds even more emphatically when we place a special instrument to our lips and invite it to come forth and announce itself. This instrument is the shofar.

The shofar is the mouthpiece that gives the soul a voice, and allows it to cry out for all to hear. The sound of the shofar is the intonation of the spark of God that is buried deep within us. We place the ram’s horn to our lips to allow our “pnimyus/inner core” to be heard. The Tanya teaches that: “K’mo she’kasuv b’Zohar, mon d’nafach mitochia nafach, peirush, mi’tochiuso u’mi’pnimyuso/As it is written in Zohar, ’He who blows, blows from within him,’ that is to say, from his inwardness and his innermost being” (Tanya, chapter 2).

Ordinarily when we blow through our lips, there is little sound. But when the shofar is at our lips, this innermost breath reverberates and blares. The shofar is the megaphone that enables us to clearly hear the voice of God that is constantly whispering from within us. Once a year, we provide it this mystic amplifier and allow it to declare, “here I am, deep inside you! You’ve been looking elsewhere, outside and around you. But I’m right here, where I have always been, animating you, whispering to you, awaiting you.”

Rosh Hashana is the day that Adam and Eve were created, the day that God initially placed a piece of Himself into a physical body. On that first day in the garden of Eden, Adam and Eve knew precisely what they were. Their skin was translucent and they could plainly see the “Pnei Hashem/face of God” in their “pnimyus/innermost core.” On that same day, they ate the fruit and their ultimate reality was concealed from them. But every year on that occasion, their descendants are reminded. The soul calls out to us through the shofar, and we remember what we are and why we are here.

Rosh Hashana is also known by the names “Yom Hazikaron/the day of remembrance” and “Yom HaDin/the day of judgment.” Many understand this to indicate that it is our actions and conduct throughout the past year which are “remembered” by the “heavenly court” on this day so that we can be evaluated and “judged” in order to determine our verdict for the year ahead. But on a deeper level, it is we ourselves who are made to remember on this “day of Remembrance.” What is remembered is not our failings and our superficial gesticulations in this realm of darkness and concealment. Rather, we are given the opportunity to remember our true essence and our innermost nature which has been hidden from us all this time.