The Blogs
Óscar Reyes-Matute
Philosophy, kabbalah, screenwriting...
Apply for a Blog
Advertisement
Please note that the posts on The Blogs are contributed by third parties. The opinions, facts and any media content in them are presented solely by the authors, and neither The Times of Israel nor its partners assume any responsibility for them. Please contact us in case of abuse. In case of abuse,
Report this post.

This Rosh HaShanah is an opportunity to start changing the way we relate to one another.
When we come together on this holiday, we can rise above our differences and find a common point of unity.
MICHAEL LAITMAN

Can we skeptical citizens of 2022 believe in the influence on our lives of a holiday like the Jewish New Year, Rosh Hashanah?

If there is not only the entanglement of elementary particles as quantum theory says, but also at a planetary level as Jean Pierre Garnier Malet maintains, then it would seem plausible to open up to the possibility that the movements of the earth and nearby stars influence our lives.

In fact, we know that they do. Seasons and harvests have marked our lives forever, and will continue to do so, even if we continue trying to separate ourselves from nature.

In other words, if stellar movements have a decisive influence on the entire planet, how could they not influence us?

We are not outside the planet, nor are we different from the planet: we are the planet, we are like the planet, despite our ego telling us that we are apart, that we are exceptional and we deserve everything on earth, without thinking about the consequences that our unbridled use of resources may bring as undesirable collateral.

If seasons and harvests are based on how the globe is exposed to sunlight, if our planet’s passage through certain points in its orbit may have consequences we don’t fully manage, why shouldn’t they influence us and also the other planets that play a secret dance at the solar system?

We can naively seek a certain prestige by showing ourselves skeptical and saying that this influence does not exist, that they are superstitions of uneducated people.

But in reality, neither our science nor our language yet have the capacity to deny this influence, nor to describe it in precise terms and equations, as the astrologers on television and social media claim.

Therefore, it is a matter of faith, something like Pascal’s wager: What if it exists? So we do not lose anything by keeping ourselves in health (as we say in Spanish), accepting some ancient suggestions on the use of these energies, which have been revealed by the wisdom of Kabbalah.

As long as we do not turn the matter into an idolatry of consulting horoscopes daily to adapt our behavior to what astrologers say, it would be worth risking or betting a little.

Let’s say, I dare to think that, since it is the end of one cycle and the beginning of another, then I can clean the land, prepare it, and sow the seeds for next year’s harvest.

That would be an interesting way to harness the energy of a New Year’s Eve, of Rosh HaShanah. Let’s say, that’s what any company CEO does: we are going to draft the economic and financial plan for the coming year, the opportunities and risks.

Mutatis mutandi, we are going to plan energetically, at the level of behaviors and goals, our life throughout the year that is beginning. We are going to rewrite the book of life, which is none other than our mind, our operating system, the soul or neshama that dwells within our body.

Kabbalah suggest you to close cycles, to do a kind of cleansing, to do correction, teshuva. A reset, we would say nowadays.

It’s like when you clean the trash on your cell phone to have more memory for new apps.

That’s exactly what you do on Rosh HaShanah, you upgrade your spiritual operating system, to make it faster, lighter, smarter and more useful, to keep you more and better connected.

If so for your cell phone: why not for your life?

And I agree with my Master, Rav Michael Laitman: use the new year as a symbol of renewal and to determine how you want to improve your life, that of your beloved ones, that of your country, that of the entire world.

Rosh HaShanah can be an opportunity to start changing how we relate to one another. On it, in the long term, world peace depends, the war in Ukraine, the solution to global warming, economic production in a crowded and poisoned world.

We can take advantage of this holiday to go beyond our differences and find a common point of unity.

Not bad at all, right?

So let the shofar sound and wake us up.

About the Author
Óscar Reyes-Matute (Matu / מאתו), lives in Caracas. He's a philosopher graduated at Andrés Bello Catholic University, with a Master in Political Science at USB. He has been Fulbright Visiting Scholar at NYU on American Studies, and professor of political philosophy at UCAB and UCV. He has published academic papers in universities of Venezuela and Europe, and articles in several newspapers. Since 2008, he is dedicated to study Kabbalah at the Bnei Baruch Institute in Petaj Tikva with Michael Laitman, while works as writer of cinema and television screenplays. He's liryc tenor. Be aware, after a glass of wine, he suddenly can start to sing "Nessun Dorma!"
Related Topics
Related Posts 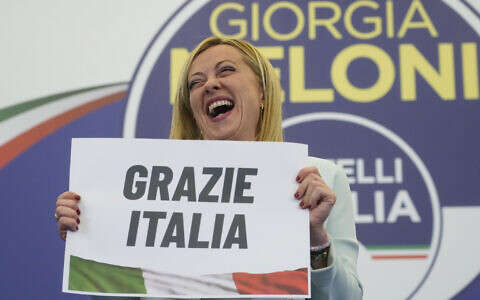 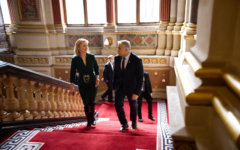