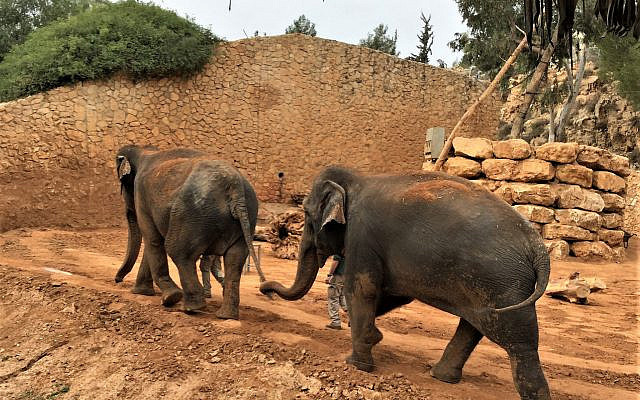 Will rotation happen, as agreed in the May 2020 coalition agreement?

The blatant efforts led by Prime Minister Benjamin Netanyahu to undermine the coalition agreement that his party signed in May 2020 are deeply troubling since they erode two central values that used to be widely honored and praised in Israel: personal example (dugma ishit) and the sanctity of contracts.

The main feature of the coalition agreement is an agreed rotation, with Benjamin Netanyahu serving as prime minister for an initial year and a half to be followed by Benny Gantz serving as prime minister for the following year and a half. This agreement came about because neither of the two larger parties, the Likud and Blue and White, were able to form a narrow coalition and, failing the formation of a “unity government,” new elections would otherwise have been required for the fourth time in less than two years. Thus, there was a strong political basis for a unity government featuring alternating prime ministers.

This was not the first time in Israel’s history in which a coalition revolved centrally around a rotation arrangement. In 1984, in the midst of a severe hyperinflation, elections were held that resulted in two large parties of nearly equal size: The Alignment (mainly the Labor party) won 44 seats and the Likud won 41 seats in the new Knesset. A unity government with rotation was agreed to, with Shimon Peres, leader of the Alignment, to serve for an initial two years, to be followed by Yitzhak Shamir, leader of the Likud, for the following two years.

Shimon Peres was an ambitious politician who often pursued policy initiatives and power plays that irritated other politicians. Yitzhak Rabin, who long competed with Peres for the leadership of the Labor Party, described Peres as a “tireless schemer.” According to Lioness, a recent biography of Golda Meir by Francine Klagsbrun, Meir held a similarly dim view of Peres. While serving as Israel’s Foreign Minister during 1956-65, she found herself repeatedly frustrated upon learning that the younger Peres had pushed initiatives behind her back on matters that were in her purview.

Benjamin Netanyahu seems to devise numerous schemes and manipulations, a predilection especially pronounced during the recent spate of elections and one that has continued even after the coalition agreement was signed. In light of this, it is tempting to say that Netanyahu might also aptly be described as a “tireless schemer”.

Nonetheless, Peres, that earlier “schemer,” fully honored the rotation agreement that his party signed in 1984. He served as prime minister from Sept. 13, 1984 until October 20, 1986, when he gave up his position to Shamir.

Due to a high level of distrust between Blue and White and Likud, the coalition agreement signed in May 2020 was designed in advance to prevent Netanyahu from taking steps to force new elections before Gantz could begin his term as prime minister. The agreement committed to passing a “two-year budget” covering the period through the end of 2021. Failure to pass a budget by March 31 of a given year automatically triggers elections. A two-year budget would eliminate this possible route to elections prior to the November 2021 date for the change of prime ministers.

Netanyahu came up with the stratagem to claim that the country urgently needed a “one-year budget” covering the part year through December 2020. This transparent ploy, in violation of the coalition agreement, was publicly opposed by virtually all of Israel’s professional economists, as well as by members of the professional staff of the Finance Ministry. Passing a budget covering only a few months would mean having to subsequently pass a one-year budget for 2021; failure to do so by March 31 would trigger summer elections, thereby ending the present coalition before Gantz could become prime minister. During August, in light of Blue and White’s weak standing in opinion polls, Netanyahu may have hoped that Gantz would agree to the one-year budget for 2020 by the August 24 deadline so as to avoid elections in November 2020 that might end his political career. Gantz did not agree and a four-month postponement of the budget deadline was adopted instead.

The operative value that seems to guide Netanyahu’s behavior here can be expressed as, “if you can break the signed agreement to your advantage, then just do it.” More broadly, any action that serves the interests of Netanyahu seems acceptable to the majority of his supporters, including his repeated attacks on the various arms of Israel’s law enforcement system. What is particularly disappointing is that virtually no Likud members of Knesset, neither ministers nor back benchers, have spoken out against this behavior.

Netanyahu’s failure to set a personal example is not new. In a glaring instance, prior to Passover Israelis were told not to hold a Seder with family members who did not live in the same home with them; despite this, Netanyahu’s Seder included a son who does not live with the family. Similarly, his successful efforts in June 2020 to get the Knesset Finance Committee to approve a major personal tax break for himself, at a time of widespread unemployment and reduced incomes for many citizens, was another gross failure to lead by example. Instead of a personal tax break, implementing salary cuts for himself and for all government ministers would have been the right budgetary step and an act of leadership and solidarity.

The comparison between Shimon Peres, who honored his 1984 rotation agreement, and Benjamin Netanyahu, who has tried in 2020 to torpedo a similar rotation agreement, testifies to a coarsening of Israel’s values over the intervening 34 years. When Netanyahu publicly urged Gantz to agree to the proposed unity government he said, “I will leave office on the agreed date; there will be no shticks and tricks. Millions of Israelis are waiting for us.” Cynics were sure that Netanyahu was lying. Sadly, subsequent events seem to have confirmed their suspicion.

Sooner or later, Netanyahu’s term as prime minister will come to an end. We can only hope that the political leadership that follows this era will be characterized by a restored embrace of personal example and the honoring of contracts, two very important values in the public sphere.