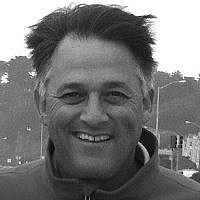 As an American living in Israel for almost 30-years, I can say that despite living in a Mediterranean Middle East country, almost all the people here are grounded with Jewish principles, love for their families and friends. This beats’ living in my hometown, San Francisco (SF), by huge margins.

I just returned from SF not too long ago – hadn’t been there since 2015. My parents were native San Franciscans and their parents arrived in SF in the late 1920’s from Eastern/Central Europe. Wow, what a shock. The downtown is littered with homeless drug addicts who can work but don’t because of their drug addiction. You cannot even walk down the sidewalk without having to sidestep them. Each morning, the police come early morning and cordon off the street to clean up their mess. Just think of the cost to the city.

SF is still considered one of the most beautiful cities, but the vibes are not what they were. My old friends who I’ve known since 1979 are still the same but there is an eerie feeling that those good times are long gone and forgotten. One friend said people in SF are focused on Critical Race Theory (CRT) starting at 5-years old is incredibly wrong. Who in the heck would ever think of something so deranged and harmful. Old values that we grew up with are out of date and not part of the curriculum.

I spent some of my free time buying clothes. I cannot afford the high-priced stores, so I went to Target and Ross Dress for Less to find the bargains. I approached two cops and asked them about the homeless situation and stealing from the stores. One was from Afghanistan but a real patriot. He said due to the current Whitehouse administration, Governor of California and Mayor of San Francisco endorsing a revolving door policy no bail law, it’s not worth their time to arrest the thieves. I witnessed droves of homeless in the stores stealing. These two cops said if they get away with less than $970, they turn the other way. It’s totally crazy like the wild west back in the early 1800’s during the California gold rush. These ill endorsed policies, like defund law enforcement, has led to a large shortage of police officers.

Bottom line, despite the huge high cost of living, exorbitant price of housing in Israel, if a family can make it work, hands down Israel is the best bet to raise children. If you hear the news in the US, the place has reached so many lows with indiscriminate killings in all major city’s day after day. I don’t feel proud to say I am American. It doesn’t represent the values I once grew up with during the 70’s and 80’s. Biden is vying with Carter for the worst US President ever in the history of US politics. Israel has no friend in the US. We must be self-reliant more than ever and determine our own destiny and that means defending ourselves against Iran or whatever entity is trying to harm us.

About the Author
Ron Diller lives in Israel with his family of four children.
Related Topics
Related Posts