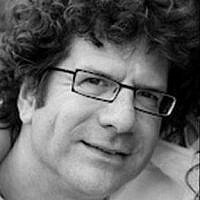 The Blogs
Nathaniel Berman
Apply for a Blog
Please note that the posts on The Blogs are contributed by third parties. The opinions, facts and any media content in them are presented solely by the authors, and neither The Times of Israel nor its partners assume any responsibility for them. Please contact us in case of abuse. In case of abuse,
Report this post.

Reading the report of the Levy Commission, appointed by the Israeli government to study legal aspects of Jewish settlement construction on the West Bank, is bound to give the vast majority of international lawyers a rather uncanny feeling. The report announced decisively pro-settlement conclusions in relation to both Israeli domestic and international law. These conclusions have by now been exhaustively analyzed in the press, with its international law dimensions ably dissected by writers such as professors David Kretzmer and Aeyal Gross. In the following paragraphs, therefore, I will refrain from giving an overall analysis, and will focus only on those aspects that set it in the context of legal history. The Commission’s report operates in something of a parallel legal-historical universe, one in which legal evolution stopped sometime in the 1920s and in which the majority of international lawyers writing after that era simply do not exist.

The Commission’s brief international law analysis consists of an amalgam of a small number of articles written by firm advocates of the pro-settlement position in the decade or so after the 1967 war. It particularly draws on arguments first made by Yehuda Blum, an Israeli legal academic and ambassador to the UN under the first Likud government, and the late Eugene Rostow, an American legal academic and government official, whose writings on Israel coincided with his transformation from liberal Cold Warrior into neo-conservative hawk.

For my purposes here, two of the report’s assertions stand out. First, that Israeli rule in the West Bank cannot be considered an “occupation” in the legal sense because the land was not conquered from an internationally recognized sovereign (what Blum calls the “missing reversioner” theory), and that international law applicable to occupations, including the Geneva Conventions, does not, therefore, apply. Second, that Jewish settlement activity today is legally authorized under the 1917 Balfour declaration calling for the “establishment in Palestine of a national home for the Jewish people;” the Four-Power 1920 San Remo Resolution that, among other things, adopted the Balfour Declaration; and the 1922 British League of Nations Mandate for Palestine. The idea being that the provisions of all these documents that facilitate Jewish settlement in Mandatory Palestine apply to the West Bank as long as it has not become legally incorporated into a recognized State (in Rostow’s terms, as long as it remains an “an unallocated part of the British Mandate”). The report’s conclusion – that there is “no doubt that, from the point of view of international law, the establishment of Jewish settlements in the region of Judea and Samaria does not suffer from illegality” – actually understates its case: its logic is that such settlement is strongly encouraged by international law. 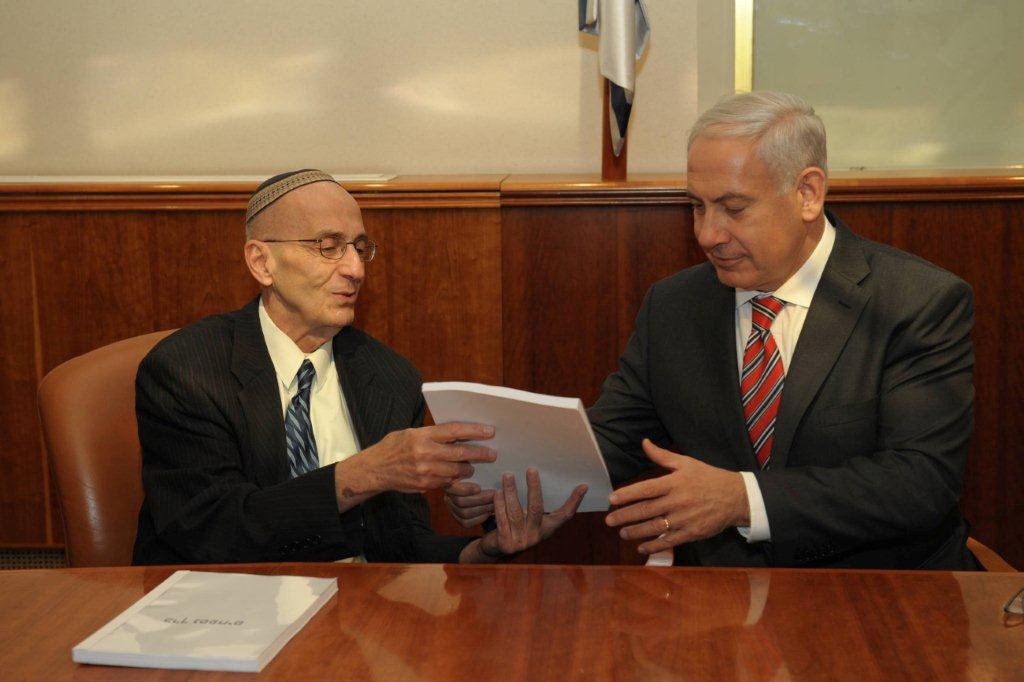 But the uncanniness of the report does not stop with the Commission’s ostensible unawareness or indifference to its own marginality. Rather, it goes to the substance of the positions it embraces. The notion that there is no “occupation” due to the absence of a recognized pre-occupation sovereign (the “missing reversioner”), and that Jewish settlement in the West Bank is legally justified by a string of early 20th century documents, suggests that the report is operating in a parallel temporal universe – much in the way that its seeming ignorance of the quasi-consensus of legal opinion against its views suggests that it is operating in a parallel disciplinary universe. I note, first, that the three documents it cites are of variable legal significance. The Balfour Declaration, however much it inspired hope among many Zionists, was simply of no legal significance; it was a statement of British policy in relation to territory over which, at the time, it had neither control nor any legal claim. The San Remo Resolution was adopted by four of the victorious States of World War I — Britain, France, Italy, and Japan — and announced their intentions with regard to the breakup of the Ottoman Empire, including the placing of Palestine under a British Mandate. The Resolution, however, was not a treaty and not formally binding; it was a statement of intent by its signatories to embody its conclusions in a treaty. It was also the culmination of a set of secret meetings undertaken during the war by the two major colonial powers of the period — the British and French empires — to divide up the Ottoman Empire between them.

By contrast, the Mandate instrument granting Palestine to British rule, obliging the British to pursue the goals of establishing a “national home for the Jewish people,” and encouraging “close settlement by Jews on the land,” was a clearly legally binding international treaty. The ultimate basis for the Palestine Mandate was the Covenant of the League of Nations, which provided for Mandatory rule over territories of the empires defeated in World War I inhabited by “peoples not yet ready to stand up under the strenuous conditions of the modern world.”

The history whose broad outlines I have just recited has given rise to interminable debates over the intentions of the imperial states that were its agents. I do not intend here to engage those debates, but rather to note that what has developed in international law in the intervening century has been precisely a powerful current rejecting the notion that the interests and intentions of powerful states are the alpha and omega of legal analysis. The two key principles of this current – the self-determination of peoples and the human rights of individuals – have considerably diminished the legal import of minute analyses of imperial memoranda and pronouncements. Rather, this current has elaborated the principle articulated by Woodrow Wilson in 1918 that “peoples and provinces are not to be bartered about from sovereignty to sovereignty as if they were mere chattels and pawns in a game.” This current ultimately led to the delegitimation of classical colonialism and the emergence of the view, expressed by a judge of the International Court of Justice, that institutions such as the League Mandate system were “forms disguising, by means of a verbal fiction, a colonialist practice and doctrine, the unlawfulness of which has been stigmatized at the United Nations.”

These developments make the Commission’s reliance on the Blum/Rostow line of argumentation very puzzling. As to the notion that the Fourth Geneva Conventions’ protections for civilians in occupied territory do not apply because the territories were not conquered from a legally recognized sovereign: this argument relies on the outdated notions that the absence of a legally recognized sovereign means that a territory is essentially up for grabs from a legal point of view. It ignores the legal consensus that emerged gradually over the past century, but particularly since 1960, for which the absence of a legally recognized sovereign means that the principle of self-determination of the inhabitants should be the decisive consideration in deciding the disposition of the territory. This principle has been clearly declared by the International Court of Justice in decisions such as those in the 1971 Namibia case, the 1975 Western Sahara case, the 1995 East Timor case, and the 2004 Israeli Wall case. Moreover, the notion that the Geneva Conventions’ protections are based solely on the rights of a sovereign ousted from the territory by the occupant – rather than on the inherent rights of the human beings resident on that territory – was firmly rejected by tribunals such as the International Tribunal for Yugoslavia in its 1995 Tadic opinion.

Turning to the Rostow-inspired argument that the Mandate’s provisions for “close settlement” have survived the demise of the League of Nations, the end of the Mandate system, and the establishment of the State of Israel: this argument ignores, in the first place, the venerable legal doctrine that a change in circumstances – known to international lawyers as “rebus sic stantibus,” can nullify a treaty provision. It is hard to think of a clearer case for the application of this doctrine than here. The policy of encouraging “close settlement of Jews” was aimed at furthering the establishment of a “national home” and can hardly be relevant when not only a “national home” has been established, but an internationally recognized state, a UN member for 64 years. 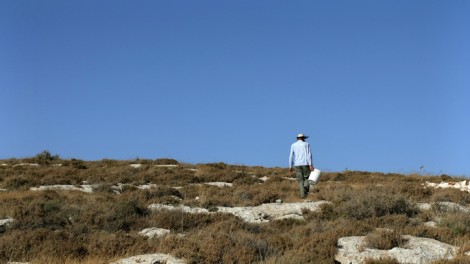 A Jewish settler walks up the hill, at the Yeshuv Hada’at Jewish outpost near Shilo in the West Bank (photo credit: Kobi Gideon/Flash90)

But the “change of circumstances” goes more deeply, to the core legal values at stake. The Mandate system, based on the racially paternalist, if not simply racist, notion of “peoples not yet ready to stand up under the strenuous conditions of the modern world,” cannot be used today to deem the wishes of a population to be of no legal weight. On the contrary, current international law requires that, to the extent that the Mandate system continues to be relevant to a particular territory, it must be reinterpreted to dictate the implementation of self-determination for the population. As the International Court of Justice stated in its 1971 Namibia opinion, referring to territories formerly under League Mandate, “the subsequent development of international law in regard to non-self-governing territories, as enshrined in the Charter of the United Nations, made the principle of self-determination applicable to all of them.” It is the Levy Commission’s seeming ignorance of such decisive legal developments which enables it to have recourse to such dusty artifacts of imperial history as the San Remo Resolution.

Short of the theorem of “parallel universes,” how can one explain the relatively recent new wave of resurrections by pro-settler publicists of documents like San Remo? I offer one speculative suggestion: it is the legal equivalent of the pro-settler placards, placed within the Green Line in the ’90s, declaring, “Yesha zeh kan” (“Judea, Samaria and Gaza are here”). Those signs aimed at asserting that the legitimacy of Jewish settlement in the occupied territories is no different from the legitimacy of the Jewish presence within the borders of the State of Israel. It is a rather high-risk slogan, for its contention that the State of Israel is no more and no less legitimate than the most remote “illegal outpost” on a hilltop near Nablus risks convincing some that the State of Israel is, indeed, illegitimate. It is thus something of a slogan of desperation, for it is willing to gamble the State of Israel as such on the survival of the settlement project in all its manifestations. It seeks to convince all Zionists that the only Zionism is pro-settler Zionism.

The resurrection of documents such as the San Remo Resolution seems to proceed from a similar desperation: in an era in which many critics of the settlements are, rightly or wrongly, using the labels of “colonialism” or even “apartheid” to describe them, pro-settler lawyers have begun arguing anew that the legitimacy of the State of Israel as a whole rests on colonial-era documents such as the San Remo Resolution and the Mandate system. If you condemn colonialism when it takes the form of the occupation, they seem to be arguing, then you must condemn colonialism when it took the form of the international legal and diplomatic actions that led to the establishment of the State of Israel. This strategy, like the “Yesha zeh kan” strategy, seeks to convince all Zionists that the only Zionism is pro-settler, indeed colonial, Zionism. “San Remo zeh kan” – “San Remo is here.” To which those who support progressive forms of Zionism must firmly articulate their very different vision with the evocative Hebrew version of “Heaven forbid”: “Chas ve-Shalom” – compassion and Peace.

About the Author
Nathaniel Berman is the Rahel Varnhagen Professor in Brown University's Religious Studies Department. He is the author of 'Passion and Ambivalence: Colonialism, Nationalism, and International Law' (Brill 2012) and 'Divine and Demonic in the Poetic Mythology of the Zohar: the "Other Side of Kabbalah' (Brill 2018).
Comments