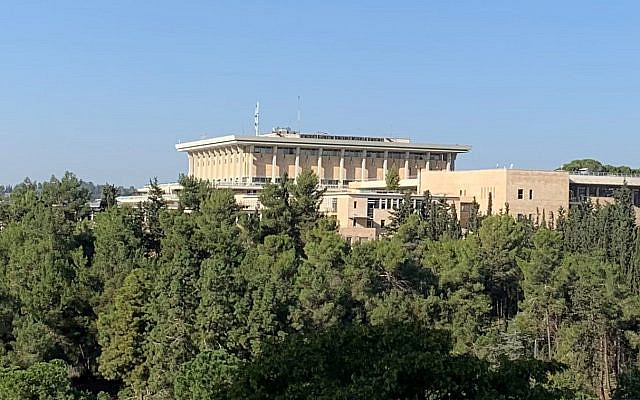 A long time ago, I lived for a few years in a place called Worcester, Massachusetts. When I arrived there, I spoke to a veteran citizen who was leaving the city to go to live in another place. He warned me: “There is bad, worse, and Worcester.”

The same is true about the upcoming Israeli elections. There are three possible scenarios. None of them are great. But there is a bad one, a very bad one, and one that is worse than all the others. Let me explain.

One bad result would be the inability of any leading party to form the next government. This could easily happen due to the proliferation of small parties in Israel at the current time. After the elections are over on Tuesday, March 23rd, the President of Israel consults with the leaders of all the political parties, and then he decides to ask the leader of one of the larger parties to form a coalition. He gives him two weeks to do it, and an extension of two more weeks, if necessary. During these weeks, the leader of the largest party tries to win over as many parties as possible by agreeing to as many of their demands as possible (and they all do their best to blackmail each other), until he or she forms a government. If he or she doesn’t succeed, the President of Israel then asks the leader of the next largest party to give it a try. And so forth.

According to many of the polls, there is a very good chance that it will be impossible to form a coalition and then we will go to a 5th election within a few months.  The two main “blocks”, as they are called here — which are known these days as the Pro-Bibi and the Anti-Bibi blocks — come out close to 50-50 in many polls. This stalemate would be particularly bad since it will leave Bibi Netanyahu in power, along with the rest of his bloated and dysfunctional government, which includes the ultra-orthodox parties.

The worst scenario would be the one in which Bibi’s Likud party forms the coalition — together with the most extreme anti-everything right-wing party in Israeli history, known as Otzmah Yehudit (Jewish Power), led by the infamous racist Itamar Ben Gvir, and with the ultra-orthodox Jewish “religious” parties and other right-wing parties.   This would be a triple disaster. Firstly, it would be the most outrageous nationalist and fundamentalist government in our history, which would make Israel a pariah in the international community. Secondly, it would continue to give the ultra-orthodox political parties too much power, which would let them continue their paths of selfish and irresponsible behavior towards the rest of the citizens of Israel, in areas such as religious coercion; and they would continue their flouting of governmental regulations in many areas, including and especially public health, as we have seen to the great detriment of Israeli society in the last year during the pandemic. Thirdly, it would leave Bibi — who many people in Israel refer to as “Crime Minister” — in power. Not only that, but a government under his “leadership” might pass laws that would allow him to avoid the courts trying him on three major counts of corruption.

The least bad of the three scenarios — which is far from great but is better than the other two by far — would be a coalition government formed by all the political parties in the anti-Bibi block. This would finally send Bibi packing, after 14 disastrous years at the helm, during which his rule became more and more egocentric, autocratic, divisive, inciteful, racist and dictatorial each year. It would allow him — or force him — to finally spend all his time dealing with his trial, which he should have been doing for a long time already.

According to the polls, the formation of such a coalition — which will include political parties from the center-left, the center and the right — will not be easy. It is a 50-50 possibility. It will not be a coalition government that will pursue a reasonable peace process with our Palestinian neighbors. Nor will it be a liberal government, which will emphasize civil rights and human rights. But it will rid us of a man who has served for far too long as Prime Minister,  who is under indictment for major cases of corruption and breach of public trust; and it will rid us of his family, who have done so much damage to the public discourse in Israel, especially his inciteful son, Yair. Moreover, it will remove the ultra-orthodox political “leaders” — who are medieval men who are anti-modern, anti-science, anti-Zionist, anti-pluralism and anti-Arab — from power. This will be a blessing for Israel. It will actually allow religious pluralism and religious freedom to flourish, which is something that contemporary Israeli society needs very much.

Here’s hoping that the least bad scenario is the one that comes about after the election next Tuesday. I am crossing my fingers. And, of course, I will be voting for one of the parties in the anti-Bibi block.

If you really want to know, I will be voting for the only political party in Israel which is led by a woman, and the only one who has a Reform rabbi on its list. The renewed Labor party — led by the courageous and responsible  Meirav Michaeli — is offering some hope to people like me who are on the center-left in Israel. I know for sure that they will not join a Bibi-led government. And they will speak up for many of the values that I hold dear: a real peace process, civil rights, human rights, feminism,  Arab-Jewish coexistence, religious pluralism, freedom of religion and much more.