The miracle of Hanukkah (Chanukah) revolves around a single-day-supply of olive oil burning for eight days during the rededication of the Holy Temple in Jerusalem (Bet HaMikdash), after Maccabees liberated Israel from the occupation by the Greco-Syrian Seleucid empire. 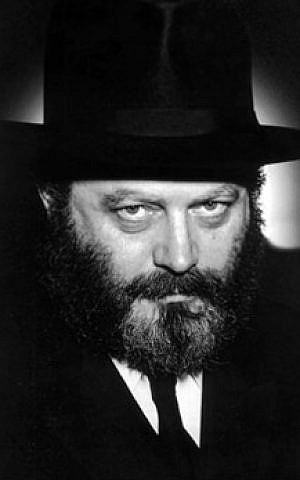 The Rebbe draws an analogy with the dimensions of the Ark (Aron HaKodesh) in the Holy of Holies (Kodesh HaKodashim).  R. Levi teaches that the Ark of the Covenant “had no measure.” (Babilonian Talmud, Tr. Megilla, 10b) The Holy of Holies in the Temple was a perfect cube with 20 cubits in each dimension. Although the Ark itself was 1.5 cubits wide and 2.5 cubits long, the distance from any wall to the wall of the Ark was 10 cubits, as if the Ark did not take up any space.  The Talmud describes it as a miracle, a manifestation of revealed Godliness. The Ark of Covenant occupied a place in the Holy of Holies and yet it didn’t take up any space at the same time.

My 19-century brass menorah (chanukiya) from Poland has two lions embossed on it. Had I made this menorah, I would have embossed two cats on it—one alive and one dead—and would call it the Schrödinger Menorah.