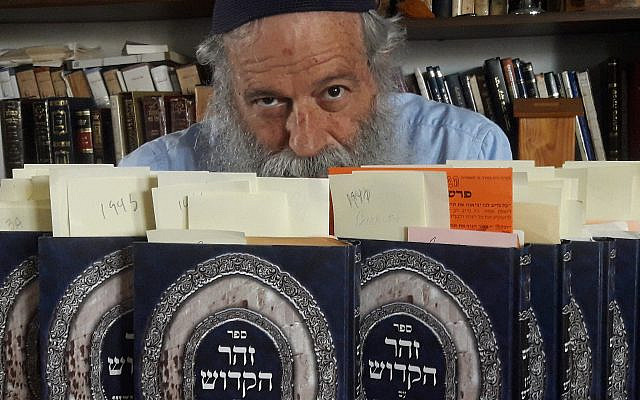 The holiday of Lag B’Omer begins this evening. Traditionally, in Corona-free years, more than a hundred-thousand people of all types and persuasions travel to Meron to pay homage to Rebbe Shimon Bar Zochai, author of the holy Zohar, who first revealed the incomparable light of the secrets of Torah. Bonfires (prohibited this year) are lit in his honor all over the country. During the last two decades, there has been a growing interest in the study of Jewish Mysticism. Classes in Kabbalah have started in many communities, along with Kabbalah associations, websites, and Kabbalah Facebook groups. Traditionally, a person seeking to delve into the esoteric secrets of the inner Torah was told that the study of Kabbalah was reserved for serious students of Torah with solid backgrounds in the foundations of Judaism, Torah, Mishna, Talmud, and Halacha, people who were married with children, and who had their two feet on the ground so they wouldn’t fly off into outer space in their encounter with the mind-boggling spiritual blueprint behind all of Creation. Nevertheless, today, in popular Kabbalah classes for the laymen, you can find non-religious Jews, along with young baale t’shuva who have been on their return journey for less than a year, Hollywood celebrities, and even non-Jews. Are these classes legit? Are they worthwhile? Can a person receive something valuable that will help them develop as a human being and as a Jew?

First, it is important to understand the growing interest in the study of Kabbalah. According to reports in the media, Hollywood personalities, stockbrokers on Wall Street, and students in college are flocking to Kabbalah classes. While the efficacy of this learning is questionable so long as the would-be mystics remain ensconced in their usual, unholy lifestyles, it reveals a spreading yearning for spirituality. Rabbi Avraham Yitzhak HaCohen Kook, whose vision encompassed generations, taught that the excessive preoccupation with materialism would eventually bring mankind to a thirst for spirituality. He writes:

“In the last generations, in which the darkness of lust has so greatly increased, and the strength of the body has weakened, until it has become impossible to stand firm against this material onslaught, it is imperative to illuminate the darkness with the mystical secrets of Torah, which know no boundaries, and which elevate seekers on wings of lofty freedom to the highest ascents, and which spread the transcendental joy of the beauty of holiness to depressed and spiritually darkened souls” (Orot HaKodesh, Part 1, Pg. 92).

Living in a capitalistic, consumer-oriented society, we are bombarded by material messages, and accompanying immodest images to promote them. An obsession with the 3-letter word that begins with S and ends in X (to dodge Internet, “anti-corn” filters) and a passionate immersion in the material world, with its thick physical curtains, can block out spiritual light completely. Only an intense inner purification, and a connection to transcendental realms, can free people from the physical lusts that block out the connection to God. It is precisely the secrets of Torah which can lighten the path of repentance needed to return to our original holy source. Long ago, the Sages of the Talmud warned that as the time of Mashiach approached, a great darkness would envelope the world and the traditional learning of Judaism would be scorned (Sotah 49B). Today, the world is ready to embrace a universal vision of unity, where all particulars are recognized as part of the whole. The great popularity of the Internet, which connects every household with the global, cyberspace village, is a sign of this quest for universality. In contrast, the normative study of Torah is seen as something specifically Jewish, bounded on all sides with restrictive laws, like kashrut or family purity, which seem to restrict practitioners from the wide world and its infinite horizons, confining them to the ghetto of Jewish Law, when the seeker longs to soar free of all shackles and bonds.

However, to an experienced “surfer” in the great sea of Torah, endless horizons and expanses of unity can be discovered by delving into the secrets of Torah! But, yes, first the basics must be learned. Without them, the novice to Kabbalah imagines that he understands when, in fact, he or she has grasped onto the dust that floats on waves of sunlight. Before God allows a person to understand the secrets of Torah, a student must first be well-grounded in the foundations of Torah study and Jewish practice and Halachah. And in order to enter the secret chambers of Jewish learning, a person must concurrently undergo a great spiritual purification. He must strive to put his life in line with the great moral light of the Torah. This involves the difficult work of refining character traits and abandoning sin. He or she must be truly humble, and free from anger, jealousy, lustfulness, and other unhealthy character traits and habits. The seeker must make a supreme, constant effort to sanctify one’s 3-letter life. A person who seeks to get closer to God must embrace the commandments of the Torah with all of his heart and might. It took Rebbe Shimon Bar Yochai twelve years in a cave, buried up to his neck in sand, learning the secrets of Torah from Moshe and Eliahu the Prophet before he emerged as the master of the secrets, which he set down in the holy Zohar.

Interestingly, in his time, he encouraged congregations in Jerusalem to study the Zohar, saying that its teachings held the key to Redemption. In our times, enshrouded and enveloped in the dark cloud of Corona, the teachings of the Zohar have the power to bring health to an ailing world by revealing the great light beyond the veil of the material darkness. Seekers yearning to seize ahold of the light are invited to peruse through my new book, “Secret of the Zohar,” an introduction to holiness, which is available as a free download on my tzvifishmanbooks.com website, along with other free books filled with Jewish content to light up the long days of quarantine.

Kabbalah and a commitment to the moral teachings of the Torah go hand-in-hand. To the extent that a person purifies himself through repentance, character improvement and self-sanctification, his or her study of the secrets of Torah will be blessed. Hashem will open doors previously closed to the breathtaking world of Jewish Mysticism. Without this, a class in Kabbalah is mere self-delusion and just another passing fad, no deeper than a Walt Disney movie or a night watching TV.