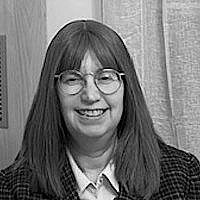 The shocking murder of Esther Horgan, HY”D, and the senseless death of Ahuvia Sandak, z”l, that occurred in late December motivated our group, Crown Heights Women for the Safety and Integrity of Israel, to organize an on-line series of events to focus on security and sovereignty, the first of which was held on December 27th.

Both tragedies, in our view, are the unfortunate outcome of Israeli and Jewish policy makers’ unwillingness to take full advantage of the miraculous victory won in the Six Day War.

Had they quickly settled the territories, like the Lubavitcher Rebbe advised, the noise surrounding Israel’s sovereign rights would be mostly silenced now by the evident peace and prosperity in place.

And, what a different world it would be if only policy makers were willing to put their trust in the Rebbe’s firm assurance that “when the enemy sees you have risen at dawn, with a show of force, and are ready to strike first, he will give up – saving not only Jewish lives but even those of his own.

Our guest speakers came from a diverse background beginning with noted Chabad scholar Rabbi Eliyahu Touger.  Rabbi Touger was the first to translate into English the Rebbe’s public statements and writings about Israel’s territorial integrity and security. His book called Eyes Upon The Land was well-received, serves as an important reference work and has been widely distributed over the past three and a half decades.

Rabbi Mendy Mirocznik, the Executive Vice-President for the Rabbinical Alliance of America spoke next weaving together history, Halacha and the particular responsibility of Rabbonim, to speak up in support of sovereignty and security.

Rabbi Yaakov Cohen, director for the Institute of Noahide Code, an NGO at the United Nations talked about his work for peace and the Sheva Mitzvos which are the Seven Universal Laws that were given to Noah after the Great Flood.  The Sheva Mitzvos is an effort the Lubavitcher Rebbe initiated in the 1970’s and has been positively received by many Arab communities in Israel.

We also invited Jeff Cohen, USA director for Zehut International to talk about the Zehut Peace Plan.  Although Crown Heights Women for the Safety and Integrity of Israel is apolitical, in our opinion, Zehut’s plan is the only one that dovetails with the Lubavitcher Rebbe’s directives for peace.

Zehut’s premise that “security should distance us from all diplomatic processes because when the war doesn’t finish, peace cannot begin” is right on the mark.  Zehut is also the only plan that frees the Arabs from living under the corrupt yoke of the PA and Hamas leadership; under full and complete Israeli sovereignty, they will have a fair basket of options to chose from.

Quite striking is the contrast between the thousands of words that fill the pages of one Middle East peace plan after another and the Lubavitcher Rebbe’s “roadmap” for peace given, as the saying goes, in 20 words or less!

“The entire Land of Israel belongs to the Jewish nation. It is forbidden to relinquish any parcel of real estate in Israel to a Gentile, no matter how small.

The one and only reason for this ruling is the danger [it brings] to Jewish lives, G-d forbid.” (Lubavitcher Rebbe, 1978)

We concluded our program with a film clip of an interview Women In Green made with Geula Cohen, z”l.  Reminiscing about how her dreams for the Jerusalem Law came to fruition, Geula spoke of how she steadfastly ignored the naysayers and critics.  She finished by saying that just as the time was always right back then to declare that “Jerusalem, complete and united, is the capital of Israel”, so too is the time equally right, every day, to declare sovereignty over Judea and Samaria!

It is our sincere hope those campaigning for office in Israel will take to heart the Lubavitcher Rebbe’s directives for peace and go forward with the same firm determination that Geula Cohen showed, bringing security and sovereignty at once over the entire of the Land of Israel.

Crown Heights Women for the Safety and Integrity of Israel

About the Author
I am originally from Buffalo, NY and although I did not have a religious upbringing I always felt a strong connection with Yiddishkeit and Eretz Yisroel. I still get chills recalling the moment the Rabbi announced that Israel had been attacked on Yom Kippur. In the weeks that followed, even though I really didn't understand all the details, I was the one student in my 10th grade Social Studies class who challenged our German-American teacher when he said Israel would be wiped out. Interestingly, the rest of Jewish kids in the class who came from much more Jewishly -oriented homes than I were silent. Years later I met one of them and was astounded to find out how they were all silently cheering me on. On the day the Jews were "disengaged" from Gush Katif, I was stopped in the grocery store (in Buffalo) by a little Jewish lady who whispered to me that she didn't think it was right what Israel was doing. Which just goes to show that there is a vast silent majority of Jews who agree with the Rebbe's approach to peace.
Related Topics
Related Posts
Tamar Adelstein
Comments