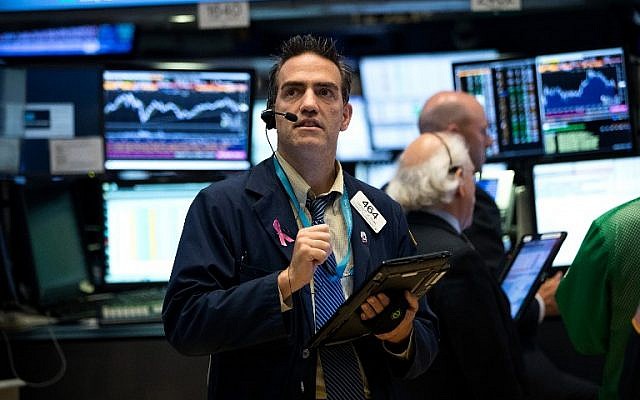 You do want your team to become more effective and creative, don’t you?

Do you want to spend time building your team for excellence & success? You really have no choice, because you build your team all the time. The issue: you either build an effective, successful team, or you build something else. Whatever you do, your team follows you.

Take care. Everything that happens in your team, and all the qualities that you like and dislike in your team, results from your actions. You have 100% responsibility. Why? Because you can lead your team to perform better and achieve more using self directed team building principles, or you don’t. You can’t avoid this responsibility.

FIRST: Set aside time at the end of each meeting to discuss the quality of the team’s interactions and the quality of the results. Don’t accept the glib way people say they liked it. Focus on what went well and what needs improving. Who dominated? Who said nothing? Who helped creative effort? What hindered creative thinking? How can the team make meetings more creative?

If you sense you create part of the problem, ask others for ways you can become part of the solution. It often helps if the chair rotates among your team members, a key step for you to become “first among equals.”

SECOND: Ask everyone in the meeting to rate in writing on a scale of 1 to 10 (with 10 the highest) the following issues:

• Participation in the discussion equally balanced among all members?

• Your opinions and thoughts solicited by the team?

• You influenced the outcome?

• Others influenced the outcome?

Ask everyone to write a one sentence comment about each response to the questions above. In addition, ask everyone to write down behaviors they found helpful to the team effort and behaviors that hindered the team. Collect the ratings and comments at the end of the meeting and provide a written summary to everyone. Discuss this summary openly at the next meeting of your team.

THIRD: Use the information on how your team sees itself, and sees you, a key step to becoming “first among equals.”

WHO BUILDS THE TEAM?

How your team makes a decision affects creative outputs. Often a team moves in an important direction thinking everyone agrees, only to find out later that some people have serious reservations. This results in a lack of teamwork and cooperation. Why did apparent consensus turn into subtle sabotage? Part of the misunderstanding comes from the effects of decision making.

Consensus does not mean an unanimous vote. Consensus indicates a decision that the majority favors, and the minority, after having ample time to persuade and influence the majority, agrees to implement and publicly support it as the best decision possible for this team as a whole. Consensus often takes a great deal of time to achieve.

Consensus insures that the truth that lies in the minority surfaces and gets a hearing. In addition, differences of opinion produce additional data and new perspectives, further clarify the issues, and force the team to seek better information and make a broader-based higher-quality decision.

• PSEUDO-CONSENSUS: a decision where the team encourages and interprets silence as consent, or where members pressure each other to orally agree when they do not. This results in implied support which disappears at crucial times.

• MAJORITY VOTE: a common form of decision making in teams, assumes the minority will go along willingly with the majority. Often it does. Still, people sometimes resent the action and give only token support during implementation.

Voting often creates coalitions that focus on how to win the next vote, not on how to best implement the decision. Voting also fosters clever argument, rather than a rational, balanced discussion that leads to a cohesive team cooperating to implement the best decision for that team.

• MINORITY WINS: a decision where a powerful minority ramrods a decision which the majority does not support. As expected, this leads to little future support.

• HANDSHAKE: a decision where a suggestion produces instant permission to continue from another person. This puts the team into action before determining whether the team backs the decision. Eventually, support lags during implementation.

• SELF-AUTHORIZATION: a decision where a team member makes a suggestion and immediately continues assuming that since no one objected, everyone agreed. Again, silence implied consent. Even if the team agrees, members may resent the way the decision emerged.

• Two hurtful ways your team may make decisions: The FIZZLE, where team members totally ignore a suggestion, and the CHOP, where one or more powerful members of the team immediately reject a suggestion. Both these actions produce a climate where people carefully filter ideas, suggestions, and opinions. This results in the silence interpreted as consent.

• TRUE CONSENSUS, the antidote to these toxic decision-making modes, does not always lead to the most elegant, brilliant, exciting, or dashing decision. But consensus does frequently produce the most supported, most implementable plan that leads to cooperation, cohesiveness, and teamwork among the members of your team.

TEAM INTERACTION PATTERNS; WHO TALKS MOST AND TO WHOM

I stumbled onto the usefulness of team interaction patterns when I served on a committee I found particularly frustrating. I disliked those meetings, and I couldn’t figure out why.

I asked one of my colleagues what he thought. All he said was, “I wish he (the team leader) would stop talking so we could talk.” Yet we both agreed that the team leader did not talk that much. Rather his timing threw us off. He followed an interrupting pattern and always made a short comment whenever anyone else said anything. This stopped free discussion.

So I asked the team leader how he viewed the meetings. “It’s like pulling teeth to get that bunch to talk,” he said.

How remarkable. We wanted to talk, and he wanted us to talk, and yet we all allowed an unproductive team interaction pattern to stop an open discussion.

I asked him what he would prefer, and he described an ideal interaction where each team member talks freely to move the team closer to its goals.

Asked how we could achieve this pattern, he said that he would stop talking. He realized that he was partly responsible for what happened. I suppose in his mind an interactive pattern would emerge if he stopped talking.

When he did stop talking, a long silence ensued. Finally someone asked if he felt okay. At his insistence, the discussion continued without his usual short comments. Very quickly the old interruptive pattern appeared, as another person took over the role of team leader. Apparently we really learned to use this pattern.

Teams use many patterns:

• Spray And Pray: one person talks in a long-winded monologue, and hopes, in the absence of feedback, that people remain interested and understand the monologue.

• Tinkers to Evers to Chance: three people form a dominating clique and exclude other people from the discussion.

• The Outsider: one team member uses silence, doodling, reading, and facing away from the team center to show lack of attention.

Share this article with your team and discuss it at the end of a meeting. Ask everyone to identify at least two team interaction patterns that occurred during the meeting and assess their helpfulness.

Most teams set norms for behavior unawarely by accepting unproductive and interfering behaviors of its members. Occasionally, team members challenge a particular behavior, but usually people tolerate in silence even though silence does not mean consent. A team’s acceptance of unacceptable behavior can have a profound negative effect on the team’s performance.

To counteract this particular poison, set norms through discussion of issues that team members bring up. Ask your team to write ways the team could respond to the following situations:

After each member of the team writes his or her thoughts, ask each person to share ideas on the issues that impact them the most. Do not ignore any issue however trivial it may appear to you.

If the situations listed above do not fit your team, ask them to volunteer situations that do apply to them. Lead your team to real consensus on what to do about these situations in the future. Don’t blame people; no one told them about their counterproductive actions until now.

Make team members aware of the goals of self directed team building, so they can help. Consider the following goals:

• A non-threatening team atmosphere: Since members often expose ignorance, take risks with new ideas, and engage in controversy, truly productive discussions depend on an open atmosphere.

• Cooperative effort and a teamwork: Members feel free to ask for help without stigma, and give it when needed. Counterproductive behaviors, such as ridicule, one-upmanship, sarcasm, or status seeking do not exist. Controversy results in creative win-win solutions to problems.

• Accomplishing team goals accepted as the team’s primary purpose: Team members recognize high accomplishment as the main point of the existence of the team. If this does not happen, productivity lags and excellence does not happen.

• Every member participates in discussions: Silent members may get a lot out of the discussion, but they do not contribute to the team effort.

• Leader and follower roles distributed among the team’s members: A few members should not usurp responsibility for productivity, creative thinking, and quality. Everyone learns and performs leader and follower functions.

• Work sessions enjoyable and pleasant experiences: Controversy becomes a spark to trigger enjoyment and involvement in a discussion.

• Behaviors fundamental to good relationships within a team: Team members attend regularly, come prepared, and keep agreements with each other.

• Team excellence: Quality outcomes depend on interdependence, a common language, challenge, trust and respect, creative thinking and problem-solving skills, confrontation and conflict-resolving skills, and a desire to celebrate the large and small successes of the team.

This article was taken from the author’s book “Team Creativity At Work,”available from Create Space.

About the Author
Ed Glassman, Ph.D., is professor emeritus and former head of the "Program for Team Effectiveness and Creativity," in the medical school of the University of North Carolina at Chapel Hill. He was also a visiting fellow at the Center for Creative Leadership in Greensboro, North Carolina.
Related Topics
Related Posts
Comments