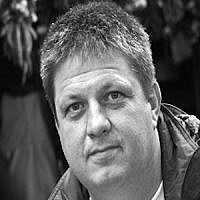 The Blogs
Donny Weber
Apply for a Blog
Advertisement
Please note that the posts on The Blogs are contributed by third parties. The opinions, facts and any media content in them are presented solely by the authors, and neither The Times of Israel nor its partners assume any responsibility for them. Please contact us in case of abuse. In case of abuse,
Report this post.

This inappropriate label is damaging Israel’s security efforts and ending in countless murdered. The history of Israel is rife with words, politicking, and semantics costing lives.

The perpetuation of such semantics by US, UN, and European Union media foremost the term “proxy”–and amongst others: fighters, freedom fighters, guerillas, defenders, even ‘terrorists’– belies an innocence and benign quality–in words– that is not reflected in the gruesome and dangerous reality for all residing in Israel.

The definition of proxy is: “the authority to represent someone else, especially in voting”; synonyms include: deputy, delegate, substitute, representative, agent, surrogate.

In semantic honesty, the people trying to combat our soldiers and civilians should be called: “divisions”. Why?

Because Israel is at war.

No one called American soldiers in Europe and North Africa: proxies.

No one called the German Luftwaffe or the Imperial Japanese Navy: proxies. Or delegates. Or representatives. Or agents.

When the Nazis sent Rommel to conquer North Africa was he a “proxy”?

Were the Italian divisions sent to North Africa and Egypt “proxies”?

Hamas and Hezbollah and Islamic Jihad and PFLP–and to a more limited extent the Taliban and Al Quaeda– have all reportedly received funding, strategic directions, training, and tactical techniques directly from Iran’s Revolutionary Guard on instruction from the Ayatollahs.

Iran has reportedly supported both Bashar Assad and the forces fighting against him.

Neither are friends of Israel.

When the IDF, Israel Defense Forces deploy within Israel’s borders and extend their reach to support regional allies or attack regional enemies are they called “proxies”? No. They are called the “zionist enemy”, amongst other things.

In Yemen the violence, murder, and catastrophe there has been initiated by Iranian money, weapons, and intention of local, regional, and world domination.

Prior to 9/11 roughly 800 Americans had been murdered by Iran or Iranian-backed divisions operating in foreign countries or infiltrating foreign soil. Round 2: Iran and Israel.

The vast majority of these murderers never saw arrest or trial or vindication.

From India to Iraq, Kenya to Lebanon, Japan to Kurdistan, Afghanistan to Syria, Iraq to Israel Iran is sponsoring death and destruction via its money, arms, energy, diplomatic, political, and military channels. Revolutionary Guard presence and training operations have been reported conducted openly on Israel’s borders. The vicious killing and maiming, kidnapping and rape, torture and slave trade isn’t a ‘child’s game’ or junior varsity grudge match.

Its time to call “proxies” by their honest names and a two-state solution–whether involving Hamas divisions or PLO divisions–what it is: an Iranian invasion of the sovereign State of Israel.

About the Author
Donny Weber has traveled and trounced every continent on his way to being an Aliyah Superstar. Not without hurdles, he enjoys current life in the sea-city of Rehovot and loves to write about Zionism, Food, Israel, and Aliyah. If you're headed to the beach contact him!
Comments