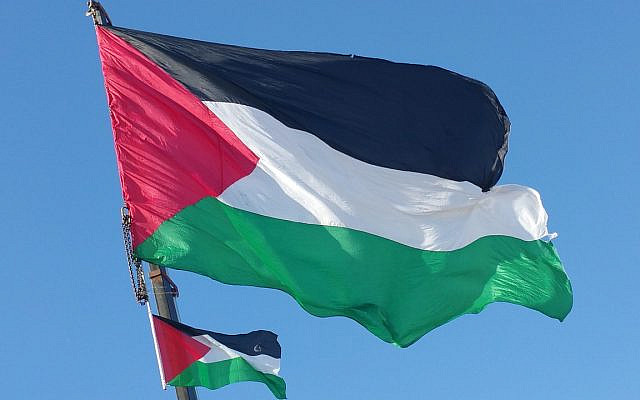 Members of the Knesset are expected to vote on banning flags of enemy states, including the Palestinian flag. I hope that they vote down this proposal.

A Jerusalem Post editorial makes an excellent argument against the ban, stating that, “A strong, confident country is not spooked or unnerved by someone else’s flag. Israel’s sovereignty is not at risk because of some Palestinian flags.”

Jewish extremists were recently filmed chanting “death to Arabs”. Israel’s foreign Minister Yair Lapid called them a disgrace. He also said, “The fact that there are extremist elements for whom the Israeli flag represents hatred and racism is abominable and unforgivable.” Yet, Lapid did not call for a ban on the Israeli flag. That’s because he rightfully makes a distinction between what the flag symbolizes (the nation of Israel) and those who wave the flags (in this case, far-right Jewish extremists that Israel’s Defense Minister would like to consider designating as terrorists).

Much of the world demonizes Israelis by claiming they are the reason why there is no peace. Prove them wrong! By accepting that the Palestinian flag be flown in Israel, Israel would be sending a strong message that it does not consider the Palestinian people its enemy. I urge members of the Knesset to send that message.