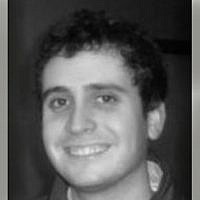 The Blogs
Daniel Steiman
Apply for a Blog
Advertisement
Please note that the posts on The Blogs are contributed by third parties. The opinions, facts and any media content in them are presented solely by the authors, and neither The Times of Israel nor its partners assume any responsibility for them. Please contact us in case of abuse. In case of abuse,
Report this post.

The recent uproar among Israeli political figures and the Israeli public against religious settler vandalism and terrorism or “price tag” attacks against Israeli Arab and West Bank Palestinian property is a welcome and necessary defense of Israeli liberal values.  Many commentators have condemned the crude racism and bigotry of the attacks against churches and mosques.  What should not be overlooked, however, is that these extremist settler attacks and the ideology behind them are a direct affront to the State of Israel itself.  As more illegal settlements are dismantled, the danger arises that these attacks will become more violent and may result in casualties to Arabs or even against IDF soldiers.

Settler terrorism is by no means a new phenomenon in Israel.  In the early 1980s the infamous Jewish Underground targeted Arab mayors by car bombing, opened fired on Palestinian students at the Islamic College of Hebron, and most famously plotted to blow up the Dome of the Rock.  A lesser known settler terror group, ironically named “Terror Against Terror,” made up of followers of the racist ideology of Rabbi Meir Kahane, also inflicted attacks against innocent Palestinians.  Since the 1980s up until the present there have been many examples of Jewish religious terrorism in Israel and the territories including the assassination of Yitzchak Rabin by Yigal Amir, the “Bat Ayin underground” which killed a number of Palestinians in the late 1990s and early 2000s, and the American-born lone wolf terrorist, Yaacov Teitel, who came close to killing the widely revered academic, Zeev Sternhell, with a pipe bomb in 2008, among other acts of mayhem he is believed to have perpetrated.

But settlers may also use terror as means to protest the policies of the Israeli government, particularly any policy that pursues territorial compromise with the Palestinians.  In 1994, after Baruch Goldstein murdered 29 Arabs at prayer at the Cave of Patriarchs and was killed himself, his widow stated: “Don’t let anyone say he was a psychopath.  He planned to do this in order to stop the peace talks.  He did this for the sake of the people of Israel.”[1]

When terrorism is used to protest government policies, the message to the Israeli government is:  “we are doing this because of your policies and we will continue if you persist.”  This is the classic definition of blackmail.  But why, given that Israel is a democracy with free elections and the right to protest, would extremist settlers go to such violent lengths to alter government policy?  The reason lies in the extremist ideology of the religious settler movement which believes above all that Jewish control over the whole Land of Israel is a necessary prerequisite to achieving redemption and bringing on the Messianic age.   This goal for them is more important than Zionism’s original goal to simply establish a Jewish, democratic state, on any part of the land.

So far, attacks on Israeli institutions are rare, and mostly Arabs receive the brunt of settler violence.  But there does seem to be a growing boldness on the part of these settlers to directly attack the state in pursuit of their goal.  In December 2011, settlers threw stones at an Israeli military base in response to a planned demolition of a settlement outpost.  This past April, settlers from Yitzhar destroyed a military outpost while IDF soldiers stood idly by.  There has also been the recently publicized email from a settler in Yitzhar advocating lethal attacks on Israeli soldiers in the event of a forced evacuation of her settlement.  How long before real violence is directed at the state with casualties?  If we are dealing with a group of delusional individuals who truly believe that their settling, and sometimes theft, of land in the West Bank will truly bring on the end of days, this is certainly a serious possibility to consider.  Though for the moment, price tag attacks continue to be vandalism and property damage, the Israeli government must take them with the utmost seriousness, not only for the direct harm they cause to innocent Israeli Arab citizens and West Bank Palestinians, but also because these attacks could escalate into direct attacks on the political institutions of the Jewish state.

About the Author
Daniel Steiman received an MA from Georgetown University’s Department of Government in 2012. He is originally from Northern Virginia. He currently lives and works in Jerusalem.
Comments