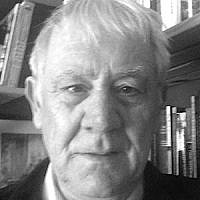 The Blogs
Michael Hearns
Apply for a Blog
Please note that the posts on The Blogs are contributed by third parties. The opinions, facts and any media content in them are presented solely by the authors, and neither The Times of Israel nor its partners assume any responsibility for them. Please contact us in case of abuse. In case of abuse,
Report this post.

The Bible is itself a kind of miracle: It was the first great global communications project. Its reach could hardly be rivaled even today in the age of the Internet, satellite and 24 hour broadcasting. Its fascination has held millions in thrall through the centuries. Its gravity has reshaped borders, created dynasties and toppled monarchs. The writings of the standing armies of scholars who have poured over its every word could wallpaper the heavens. In the context of such exhaustive scrutiny it seems extraordinary to suggest that something momentous could have been over-looked. But the evidence revealed in these pages will show that there is another dimension to the Greatest Story ever Told, one which opens up new perspectives and clears the way for different insights and radical reinterpretation. For the first time, the Bible can be removed from the realms of faith and instead presented in the more realistic language of numbers and creative logic that have never been understood.

The numbers listed in the Bible have been the subject of every oddball theory from later day prophets dabbling in trivial pursuits trying to predict the next pending doomsday event. It is time to put those eccentrics back in their cradles by revealing the results of a serious investigation into the various data banks of numbers in scripture. Any investigator would have to ask why the biblical writers wrote a whole Book of Numbers together with strange lists of incredible ages of the patriarchs and unbelievable numerical sizes of two censuses of the tribes of Israel. The writers also had a fascination with calendar time periods where for example, they wrote of a floating zoo setting out on its maiden voyage on the seventeenth day of the second month when it started to rain for forty days and forty nights. Throughout the centuries people cherished those strange numbers and time periods for they believed that with God nothing was impossible. But now it can be shown that the biblical writers had a scientific agenda when they inserted those numbers and time periods in the Bible and it had to do with the heavens.

From Jacob’s ladder to the beguiling Tower of Babel the aspiration of mortals was to soar up to the Almighty in the heavens. It transpires that the designers of the tabernacle of Moses had also those aspirations when they listed the instructions and measurements to build the sacred icon. It was while I was studying those instructions in the Book of Exodus that I detected something very unusual. (Exodus Ch. 25‒28, 36‒39.)  I recognized that three of the four weights of gold and silver treasures in talents and shekels to decorate the tabernacle had the same numerical values as the heavenly orbits. (Exodus Ch. 38:24–29 KJV)  Talents and shekels were the biblical units of weights. One numbers was the equivalent of the lunar month, a second the equivalent of two solar years of 365 + 365 days while a third was the equivalent of five lunar years. The equivalent of one time period would be coincidence, two would arouse suspicion but three out of four numbers was the game changer. It appeared that the biblical writer had tried to tempt the reader with the lure of a treasure trail with the numbers of those gold and silver weights. The lure worked for it enticed me to check and see if there was also the equivalent numbers of planetary orbits in the dimensions of the tabernacle.

The tabernacle was the most holy shrine of Hebrew worship and it comprised a tent, which was surrounded by a perimeter fence. Three sides of the tent were built with wooden boards. The two longest sides together with the roof were covered by two sets of folded curtains set on top of each other. There were also two sets of animal skins placed on the roof one on top of the other. There was an entrance curtain to the tent and also a veil that divided the tent into two separate rooms. The outer room was the ‘Holy Place’ where the priests officiated while the inner room was the ‘Holy of Holies’ and it was God’s own chamber. The perimeter fence was made up of poles on which curtains were hung.

My investigation looking for the equivalent numbers as orbital time periods began. But soon I encountered a major hurdle for there was no size listed for the tabernacle tent. It made the search more difficult but I eventually worked out that the tabernacle tent was twenty cubits long by eight cubits wide by ten cubits high. Professor Richard Friedman in his book, Who Wrote the Bible had listed the same size for the tent as I had worked out. However, the first century historian Josephus had listed a larger size for the tent size at thirty cubits long by ten cubits wide by ten cubits high. Because of the two different tent sizes it meant that in my investigation to find the equivalent of planetary orbits, I had to conduct two separate sets of analysis on the tabernacle structure. For ease of presentation I have called Friedman’s version of the tent size the small tent and the version by Josephus the large tent.

In the subsequent investigation I found that the square areas of God’s inner chamber together with the square area of its furnishings with the Ark of the Covenant and God’s seat had the same numerical total value in square cubits as the orbit of Mercury. This result was when the small tent size was applied. However, when the large tent size was applied no recognizable time period was evident.

The next step was to calculate the square areas of the remaining tabernacle structure and its furnishings and the total came to 5,108 square cubits when the small tent size was applied. It was the equivalent of fourteen solar years to within two days. The error of two days was minuscule. With the large tent size there was no recognizable equivalent value of a time period.

The Bible tells us that once every year on the Day of Atonement, the high priest drew back the entrance curtain and the dividing veil and entered God’s inner chamber. It transpired that the remaining surface areas of the tabernacle tent and its furnishings in square cubits had the same equivalent value as the orbit of Mars.  That result was with the small tent size whereas there was no recognizable time period evident when the large tent size was utilized.

The investigation continued and in all there were the equivalent of ten time periods unveiled when the small tent size was applied but none with the large tent size. Those ten time periods in days included the orbits of Mercury, solar year, Mars, Jupiter and Saturn together with the period of fourteen years and eight solar years as well as other recognizable time periods. One of those time periods was very telling where the surface areas of the tent and perimeter fence came to 2,300 square cubits. It was a very recognizable time period because it was listed in the Book of Daniel as the numbers of days the holy sanctuary would be desolated and trodden underfoot. (Daniel 8:13, 14) The tabernacle was also known as the holy sanctuary and if it was trodden underfoot it would be the surface areas that would be laid flat. And the surface areas in square cubits had the same equivalent numerical values as 2,300 days.

The findings were very conclusive with those ten time periods and it showed that the biblical designers of the tabernacle had painstakingly chosen the measurements of the structure so that its various dimensions in square cubits had the same numerical values as the heavenly orbits. There were several more time periods when applying the small tent size but the result were more abstract and I did not include them in this article. Because the two sizes of the tabernacle tent had emanated from two separate independent sources there could be no claim that the dimensions had been manipulated by me to achieve favorable results. Instead it showed that the biblical writers were guided by brilliant engineers and astronomers in what must rate the tabernacle as a Wonder of the World on par with the pyramids of Egypt.

I was confused as to why those planetary orbits had not been detected beforehand and on a trawl through the Internet I discovered the reason why.  It transpired that all the biblical institutions that I referenced had drawn pictures or built replicas of the tabernacle with the large tent size. That was why nobody before had detected the equivalent numerical values as the heavenly orbits because it appears that the small tent size had never featured. It means that the institutions will now have to re-design their diagrams and replicas of the tabernacle to incorporate the smaller tent size.

The tabernacle was called the house of God and the gate of heaven and we can now see that it was also the world’s first planetarium. It would appear that the tabernacle designers had inserted the planetary orbits to transfigure the structure into a metaphysical dominion in order to explain the mystical concept of a gateway to heaven in the afterlife. The predicted Messiah was to open up a bridge to eternity and here was the demonstration model to show how it would be done. It simply meant the designers had laid out the plans of how the future Messiah would cross over the great divide from this earthly world of the ‘holy place’ into the heavenly world of God’s ‘holy of holies’ chamber in the tabernacle. This was likely the reason why the gospel writers stated that the veil of the temple was rent in two at the death of Jesus. But they also had another mystery in mind.

The tabernacle was a mobile temple and it was a revelation therefore to find that without the dividing veil, the remaining surface areas of the tabernacle fabrics with the small tent size had the same value in square cubits as the orbit of Jupiter to within seven days. Some of the ancients viewed the planets as gods and the stars formed part of their vocabulary. For instance, the planet Jupiter was the Supreme God of the Romans. It is worthwhile recalling how the gospel writers had enlisted Pilate to write in three languages saying that Jesus was a king. (John Ch. 19:19) Was this a re-editing of the gospels using the celestial jargon of those bygone days to point to the tabernacle in which the orbit of Jupiter was on display in order to have an acknowledgment from the mighty Roman Empire that Jesus was the supreme deity?

The discovery with the planetary orbits in the dimensions of the tabernacle is the first of seven Bible wonders that I want to reveal from the strange sets of numbers in scripture. I welcome your comments for they may help to develop the bigger picture of why and how the biblical prodigies acquired the indices of the heavens and then hid them in plain sight in the Bible.

About the Author
Michael Hearns is retired from Independent Newspapers in Dublin where he managed their telecommunications requirements. He holds a BA degree in HRM and also City & Guilds in Telecommunications engineering. He also attended biblical lectures at Trinity College Dublin.
Related Topics
Related Posts
Comments
Advertisement