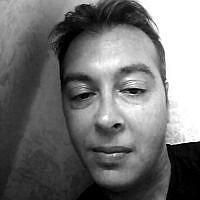 The Blogs
David Meir
Apply for a Blog
Advertisement
Please note that the posts on The Blogs are contributed by third parties. The opinions, facts and any media content in them are presented solely by the authors, and neither The Times of Israel nor its partners assume any responsibility for them. Please contact us in case of abuse. In case of abuse,
Report this post.

If you’d have told yourself 20, 30 years ago that a person can be fired from his job for saying such sensical statements as: “Only women can get pregnant or have periods” or “Having a sex change should not be the decision of a 7 year old kid,” this past you would have probably thought you came back in time to joke or you were being read an excerpt from a dystopian book about a 1984 type of society.

This is not a joke, nor it is the future. Wokeness, as the pundits would have it (being woke basically means being obnoxious to others about all this political correctness crap), is the disease eating away mankind’s collective mind.

This madness has been slowly evolving since the 70s but exploded everywhere after Trump’s election.

One of the most adverse effect of this disease is the cancel culture.

This fascist idea that  anyone who emits an opinion that is not in line with the ‘progressive’ orthodoxy is, somehow, a hater lurking in the shadow, ready to influence deranged minds to do mass shootings and send people in concentration camps and thus, these idea represent a threat and whoever emits them must be ostracized, shamed publicly, loose his job and if possible, go to jail for the rest of his life.

The latest victim of those Twitter fanatics is one of their major inspiration, Harry Potter creator, JK Rowling.

Lo and behold, how dare she confronts people with biological facts?

Needless to say, the center she was working in (the Center for Global Development) did not renew her contract so she turned to a judge only to be overruled and told by the judge:

Forstater’s “absolutist” views on the subject of gender were actually violent, and her decision to disregard the wishes of transgender individuals by referring to them as members of their chosen sex “violates their dignity and/or creates an intimidating, hostile, degrading, humiliating or offensive environment.”

This trend of authoritarianism is deeply troubling, because, apart from the blatant disregard for the right to express an opinion (by claiming it is inherently violent, it becomes incitement and thus, is not protected speech), it also opens the door to ban absolutely anything and everything.

Stay with me here.

I decide to say that the earth is flat and anyone saying it is not, is actually committing violence towards me because it takes me out of my accepted views, create a hostile environment were my core belief is ridiculed, violates my dignity and thus, I feel the threat of violence.

No doubt people will laugh saying: “Ahhh, come on, you’re just exaggerating to delegitimize the just argument of trans people.”

Am I? I mean 10 years ago, no one would have dreamt you can be fired for your job for saying men cannot get pregnant, so once the dam has been broken, what’s to stop any excuse for censoring speech?

Many will be no doubt bummed with this, but if you are born a biological male, no amount of breast implant, hormone treatment, or people calling you Ma’am, will change that fact.

Yes, you can undergo a ‘sex’ change (and by it, I mean an outward one) and even pass for a convincing female, but your DNA is still that of a man and always will be.

It is not violence; it is just a biological fact.

I personally have no problem to address a guy as ‘she’ if he (she) looks the part, I’m thinking of people like the conservative youtuber who made a sex change, Blair White. I admit, I was in shock to know that it was a guy before, she really looks a genuine woman (and she’s hot).

There is a distorted view of people to the right as bigots who reject other people’s choices.

Not true, we don’t, we just reject when our choice to call someone whatever we want or to state BIOLOGICAL FACTS is taken away from us.

The true fascists are on the left, those who would like to compel others to speak the way they want.

To forbid someone to say something is one thing (especially if it is a direct call to violence), but to FORCE someone to use certain words, that is going dangerously close to a totalitarian world no sane and freedom loving person would like to live in.

The insidious argument that stating scientific facts is violence is a clear ploy to force people to share the delusion of others and shame on employers who cave in to those fascists and take away the livelihood of those whose only crime is to have stand with the truth.

No amount of wishful thinking will change your DNA, nullify the laws of gravity, transform the earth into a carpet or make climate change only dependent on human activity.

There is no way I’ll see a guy with a beard and think: “Yeah, that’s a woman”. No matter if he wears a dress and stockings.

The hypocrisy of the left is plain to see. Imagine if I say I’m trans racial and start using the N word (not writing it otherwise I won’t get published).

People would be out of their minds, claiming I’m a racist and saying I can’t change my race.

Yes, that’s the face of the left, they use science when it suits them and ignore it when it doesn’t go along with their views.

One of the most ridiculous things I’ve heard is an insane leftist claim that you have the sex assigned by your doctor at birth.

No way!!!! Can it be that the doctor used his EYES and saw a penis or a vagina and that’s how he ‘assigned’ the gender?

There is a war on science, sanity and accepted norms by deranged people who’d like to get away with borders be them physical or cultural.

Do not let these people win otherwise we will all find ourselves in a world tightly regimented where people will be scared for their work or lives to speak freely and mistrust will be the basis for human interaction since just an anonymous post on twitter can doom your life.

Here a clarification must be made.

As I’ve said before, the left uses the false excuse of ‘misgendering’ someone as violence and degradation.

No one intends any violence by saying that you cannot change your biological sex.

No one says that a guy passing for a girl should be imprisoned or tortured or should get paid less at work because of who they choose to be.

That’s what the radicals would like you to think we (the right) mean, but nope, that’s just BS.

Most people on the conservative side are pretty tolerant and do believe in live and let live, but applied equally from both sides.

I can’t accept you’re not a man, I believe marriage is for a man and a woman, A fetus is a life, the earth is not going to end in 10 years, you can believe in all those weird and insane ideas, but leave me alone and don’t force me to accept them either, and you can go on about your business and I’ll go about mine.

That is basically true tolerance, and if the left doesn’t curb their radicals and fast, sooner or later we will live in a fascist society and the motto won’t be live and let live but live by my rules OR PAY THE PRICE.