Long before sexual harassment became the subject of the day, every day, a tale was told of a courageous young woman in ancient Judea who blatantly opposed it and changed history. She is generally called Hannah, although her name is unknown, and she was the daughter of the priest Mattathias and sister of the Maccabees. The Syrians had decreed that local rulers had the “droit du seigneur,” the legal right, to have sexual relations with Jewish brides on their wedding night, essentially raping and shaming these women. Rebelling against that rule, this bride stripped naked at her wedding feast, shocking all the guests. When her enraged brothers rose to kill her for her brazenness, she turned the tables on them, demanding that they avenge the honor of all Jewish women by taking up arms against the Syrians. And that, according to this legend, is the origin of the great Chanukah victory we celebrate this month.

Would that Hannah’s bravery had marked the end of sexual harassment for all time. Instead, centuries have gone by since the origins of that ancient legend, and women are just now beginning to speak out against assaults they suffered, some of them years ago. Until now few women have deemed it the right time to rebel openly against male sexual misconduct. Yet, as we’ve been discovering, the misconduct is ubiquitous. The #MeToo movement, in which people now acknowledge sexual assaults they experienced, has spread virally to millions of women (and some men) in numbers of countries. After the accusations against Harvey Weinstein, the dam seemed to burst; almost every woman has a story to tell.

I have heard many of those stories in the last several weeks as I’ve traveled from place to place in connection with my new biography of Golda Meir. Women who pick me up at the airport or drive me to my hotel after an evening’s event invariably begin to talk about the latest accusations and then slip back in memory to their own experiences. One woman who had raised her children and then begun a promising business career at a prosperous firm, wept as she spoke about the boss who made it clear that if she didn’t give in to his sexual demands, she’d get no place in their company. She didn’t give in, found herself passed over for promotions and finally left, without a letter of recommendation. For others the misbehavior was more subtle: “accidental” pats on the backside, unwanted shoulder rubs, crude questions asked about sexual conduct.

I have my own stories, fewer at work than at school. There was my adviser in the graduate school I attended, a famous art historian, who, literally, chased me around his desk, drooling at the mouth, desiring, he said, only a kiss on the lips. Luckily I was faster — he was 80; I was 20. Or the professor who couldn’t keep his hands to himself when he met with female students to discuss their forthcoming seminar reports. “You’re next,” a classmate said to me ruefully as she left his office, disheveled from having fended him off, upset about what that would do to her grade.

Why didn’t we speak out? Why didn’t we report the behavior, to the head of a school or the CEO of a company? In part, because we cared about the grade or the promotion we had worked so hard to achieve and feared retribution by the abuser. In part, because we knew in our hearts that it was useless to register a complaint. Chances were we would not be believed, or even if believed, shrugged off, laughed at or possibly placated, but never vindicated. Long after the women’s movement of the 1970s changed society in myriad ways, a conspiracy of silence continued to envelop sexual misconduct, whether in the classroom or Congress. The offenders had the power; their victims didn’t, and that made all the difference.

To be sure, there are varying degrees of sexual abuse: Al Franken’s alleged groping behavior, for which he has apologized, does not equal Roy Moore’s alleged assault of teenage girls. Nor do most of us feel gleeful about the fall of someone whom we admired in other ways — I’m sorry that Charlie Rose’s career has come to an abrupt halt, sad that Louis C.K. has been silenced. But it is hard to maintain a firm line of distinction between one form of sexual misbehavior and another, because none of it is acceptable.

Hannah, the Maccabean sister, demonstrated great strength in her act of defiance against the Syrian rulers, but even she had to rely on her brothers for salvation. Today’s women have taken control of their own lives and are standing up for themselves. And now that the floodgates have been opened there’s no shutting them again. 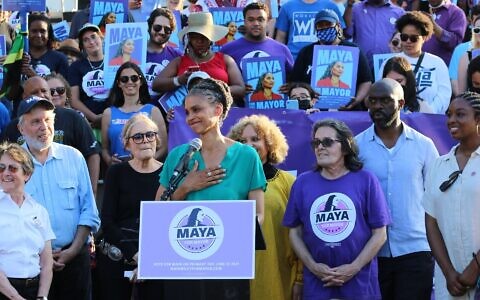 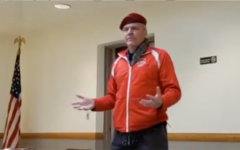 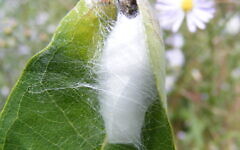 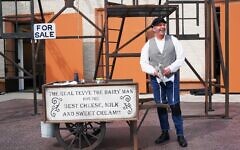 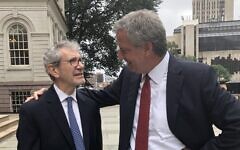