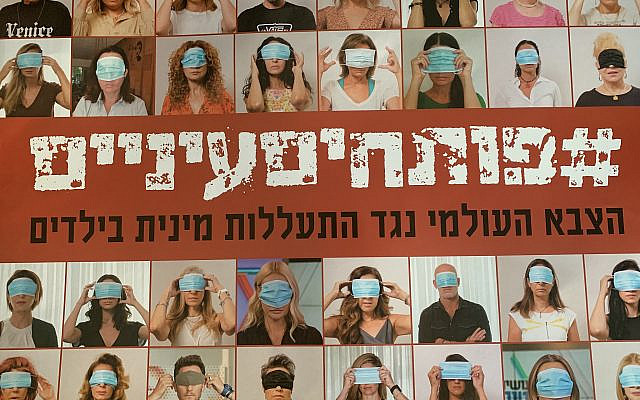 The word echoed across Itzhak Rabin Square, over and over, as hundreds railed against the news of a gang rape in the Israel resort town of Eilat.

First, the number of alleged assailants who violated a drunk 16-year-old girl soared as high as 30. Then it slipped to 3, crept up to 4, and next sprang back into double digits. The authorities are still gathering the facts. Whatever number they finally come up with is beside the point. One person raping another is horrible enough. Worse still is when a rapist, obviously guilty, gets away with his crime.

The demonstration I attended in Tel Aviv on the first Sunday in Elul, the Jewish month of repentance, was one of many around the country. The number of protests shaking the land, like the number of rapists in Eilat, was less significant than the fact that the majority of those who gathered at Rabin Square to raise their voices against rape were women. 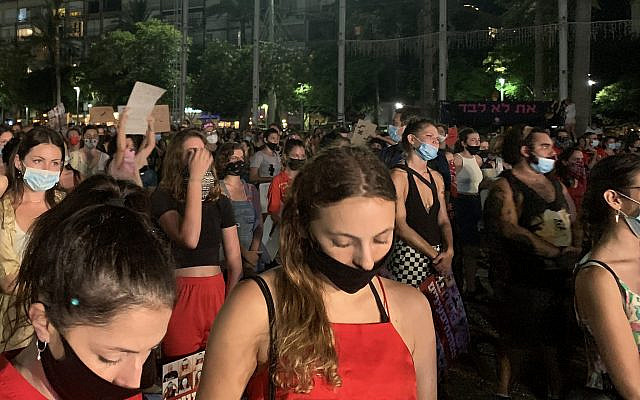 What kind of society has the Jewish State created since its founding 72 years ago?

What have the politicians and the soldiers, the police, firefighters, and lifeguards done to combat rape?

What have the mixed martial artists, the soccer and basketball players, the runners, bikers, and skateboarders done?

How have the peaceniks and the settlers stood up for women?

What about the rabbis and their yeshiva bochurs? The imams and their worshippers, the priests and their flocks?

What about the doctors, nurses, and teachers? The bankers, the brokers, and high tech geeks? The actors, musicians, and dancers? The painters, sculptors, and graffiti artists?

Where have the bus drivers, the taxi drivers, and street cleaners been? The sales force and the cafe workers, the chefs, bakers, and falafel makers?

What have the Israeli-born citizens and the newcomers from America and Canada, Mexico and South America done to stop rape?

What about those from Russia, Ukraine, and Belarus, from Britain, South Africa, and Australia, from France, Italy, Spain, and Greece, from Egypt, Morocco, Libya, and Ethiopia?  From India and the Philippines, Sudan, and Eritrea? 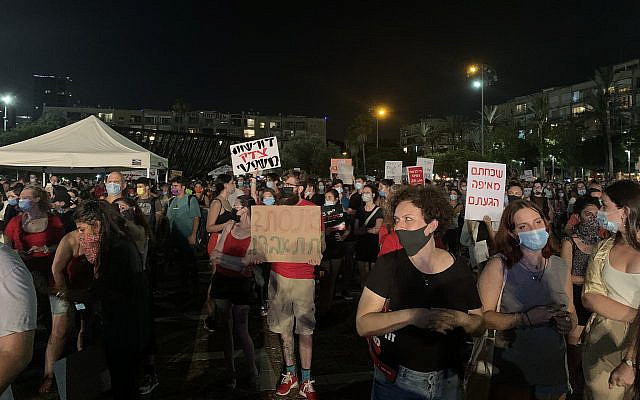 What kind of society has the Jewish State created where the alleged perpetrators of Eilat patiently lined up in the corridor outside a hotel room to wait their turn? How could it have built a court system that prosecutes, let alone convicts, very few rapists because of so-called technical details?

Most of the people who showed up on Rabin Square wore their face masks.  They were uniformly peaceful, but their shouts were sharp and clear as they reacted to the stories of rape victims overflowing from the stage. I heard no shofars blowing, but cow bells rang out as speakers promised to change the court system’s woeful narrative.

As one orator proclaimed, rape is an issue that does not belong exclusively to the right or the left, the religious or the secular. Ending the violation of women is not a female issue; it is everyone’s issue, everyone’s responsibility. 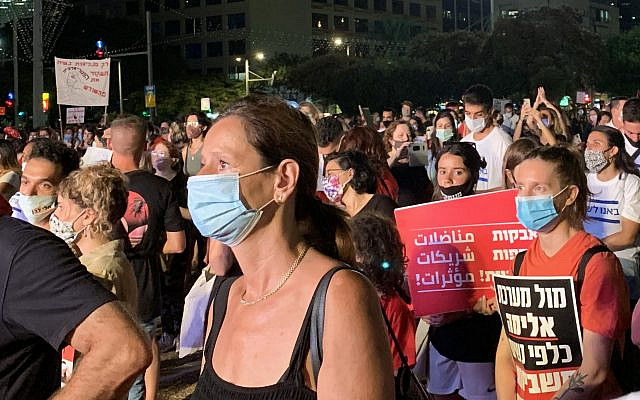 Looking back on my first year as a new Israeli citizen, I believe the Eilat gang rape is the biggest story to shake the country’s foundation since I arrived, bigger than the corona and the economic meltdown, bigger than the unprecedented three elections and the prime minister’s three high court indictments. For the moment, at least, bigger than the warming of our planet.

The Eilat gang rape is bigger, because it represents an existential threat to Israel’s soul. The gang rape is a warning. It is Israel’s Me Too and Black Lives Matter movements wrapped into one.

If we cannot curb the violators that spew their pestilence within our gates, what will we become? We know the story of Sodom and Gomorrah. 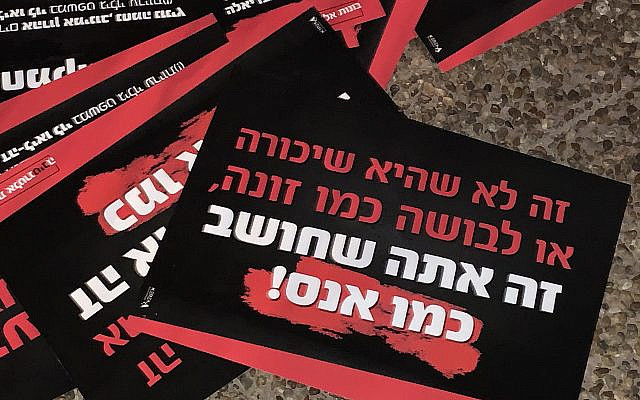 The Israeli Knesset can’t even put together a budget, so we must not look to its members to bring about the necessary change. The speakers at Rabin Square insisted that the challenge belongs to us all. Everyone must open his and her eyes.