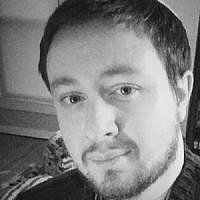 The Blogs
Scotty Hagerman
Apply for a Blog
Advertisement
Please note that the posts on The Blogs are contributed by third parties. The opinions, facts and any media content in them are presented solely by the authors, and neither The Times of Israel nor its partners assume any responsibility for them. Please contact us in case of abuse. In case of abuse,
Report this post. 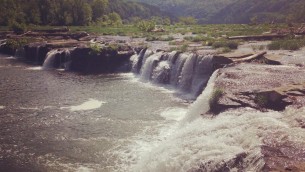 Southern West Virginia is known for its natural scenic beauty, its down-home manners, and a dying coal industry. When one thinks of this geographic region, daily Jewish life probably does not come to mind. Yet, for us Jews who call southern West Virginia home, maintaining a Jewish identity is often a struggle. Living in the middle of the so called “Christian Bible Belt,” the Jews of southern West Virginia are faced with unique challenges in maintaining a “Jewish identity.” But what is a “Jewish Identity?” The majority of the Jewish population here comes from families spread across the spectrum of Judaism: Orthodox, Conservative, and Reform.  Based on the area’s geographical isolation, poor economy, and a large percentage of internal migration, the area is now only served by two Reform Synagogues. One shul holds services monthly while the other provides Erev Shabbat services bi-weekly. Both are served by student-rabbis from the Hebrew Union College. The majority of the Jewish population is over sixty years old.

Despite being isolated from larger groups of American Jewry, the community here is strong—much like an extended family. The sense of a “Jewish community” is resilient among a minority people. It gives a new meaning to term “diaspora.”  Part of our Jewish Identity is constructed by our relationship with our Christian neighbors (which are the majority of the population.) Some of us come from an interfaith family; having a Jewish father and a Christian mother or vice-versa (which we, as Reform Jews, feel doesn’t make one any less Jewish.) Our way of life and our tradition is still the same that unites Jews across the nations.

Another aspect of our southern Jewish identity stems from how we relate to the greater world Jewry. Many people often inquire, “Why do you care what happens in Israel? You live in West Virginia.” Questions like that probably originate from a lack of religious understanding, or the assumption that all Reform Jews are secular (which isn’t true at all.) We see the problems. We mourn the IDF soldiers’ lives lost in defense of Israel. We support Israel’s right to defend citizens from terrorism. Some of us even support a peaceful, two-state solution to the conflict plaguing the Middle East. We see the growth of antisemitism in Europe. It worries us. How can peace come when such hatred is being shown? What can we do to ensure Tikkun Olam (repairing the world) has a place in our lives?

Being a Jew is southern West Virginia is anything but easy. Maybe it is supposed to be that way. If we look at Jewish history, we see that times of ease were few and far between; whereas times of roughness claim the majority of history. Hopefully, most of us do not see it that way. Hopefully, we see this as a challenge for us to arise and practice the concept of Tikkun Olam.

Jews the world over see the challenges facing Israel and European Jewry, as well as those Jews who are persecuted minorities in other counties. Each branch of Judaism varies slightly on what “Tikkun Olam” means, yet it is possible that groups could agree that the current happenings are not the peace we seek. The majority of world Jewry would probably agree that “. . . where ever we go, it is eternally Egypt. That there is a better place, a promised land. . .”  It may not be a literal meaning or even a literal place, but with the current growth of antisemitism, seemingly endless rocket fire between Hamas and Israel, and Israeli divestment, we have to believe “better” is coming through our actions and mitzvot.

Life is southern West Virginia may have its challenges for Jews: lack of a broader community, geographic isolation, and internal migration—but that is a problem that unites us with our non-Jewish neighbors. The shared experiences and our commitment to personal beliefs, during our walk through life (whether religious, spiritual or secular), is what creates the identity of the Southern West Virginian Jew.

About the Author
Scotty Hagerman is currently a graduate student of Social Work specializing in Psychotherapy at Concord University. He holds a B.A. with a Double Major in History with an emphasis in Philosophy and also Political Geography with an emphasis in Environmental Law with Honors.
Comments