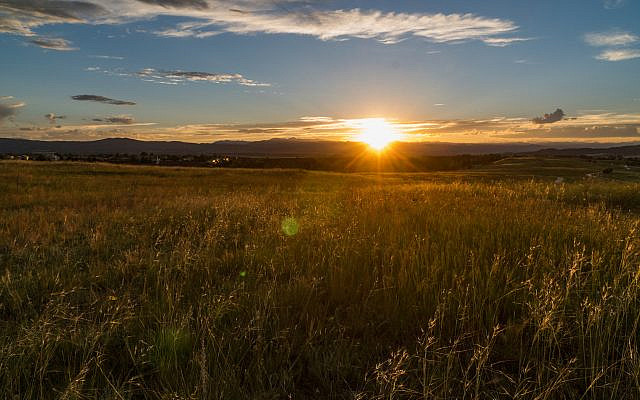 Shavuot is a challenging holiday.

The other “big ones”– the other pilgrimage holidays, begin at full moon. Rosh Hashana begins at New Moon– at no moon,  appropriately: we are starting anew, this is the “birthday of the world.” Yom Kippur is at the 10th of the month, the moon quite visible but still needing “help” to grow to fullness as we struggle with birthing new potential in ourselves, against ingrained patterns. But then, we get sukkot and the moon is bursting with fullness. On the seder night, when we step outside for sh’fokh hamatkha, or just to take a breather, the full moon is at us in all her glory. Both these holidays commence on the 14th of the lunar month.

Shavuot is set to start at– the   day the lunar month. Nisht a hin un nisht a her, as we say in Yiddish, neither here nor there.

So unlike these other holidays, certainly nothing like the other two pilgrimage festivals, there is no drama in the sky to parallel the drama in our homes, whether temporary or permanent.

Nor is there any ritual approaching those of the other holidays, no drama there, either. Instead of the incredible food ritual of the seder, and the rest of pesah, with its so altered diet, we get– cheese cake? Lasagna? A minhag, in any case, whose origin we labor to discover– or choose not to know.

Yes, we have tikkun shavuot, and that can turn into something quite weighty. Or not.

What is the message of what is missing here?

Perhaps it is warning against fetishizing the Torah, either the scroll, or even the teaching, if what we do with the learning is concentrate it into one fevered night; there, I did it, a marathon.

Or if we forget that learning without doing is a perversion of sacred learning. Which is as much a form of worship as prayer.

Or, worse, as with the festering problem of iggun, of women chained in marriages against their will, abused by the Torah system as adjudicated by too many authorities, who claim there is no sweeping solution to this– when there very much is; when learning is used to harm, to abuse, to perpetuate injustice that the Torah denounces, categorically: tsedek, tsedek, tirdof– pursue justice, chase justice, it says. Not, excuses, rationalizations, cowardice, compliance, shalt thou pursue.

For this to change, women will have to marry the holiday of liberation, Passover, to shavuot, the holiday not of the giving of Torah, but the receiving of it: marry our redemption and that of the Torah. Truly receive the Torah that was given to us equally, as our active inheritance, to become full partners in its ongoing revelation in learning, and in doing. Only we can do that. It will not be handed to us.

The moon will come to fullness, with or without our help; it will also diminish and begin its cycle anew.

What we do with our own growth is up to us.

And that moon is always in the fifth night of the month.