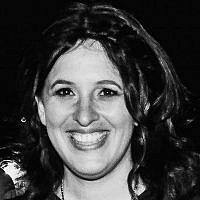 The Blogs
Gila Isaacson
Apply for a Blog
Advertisement
Please note that the posts on The Blogs are contributed by third parties. The opinions, facts and any media content in them are presented solely by the authors, and neither The Times of Israel nor its partners assume any responsibility for them. Please contact us in case of abuse. In case of abuse,
Report this post. 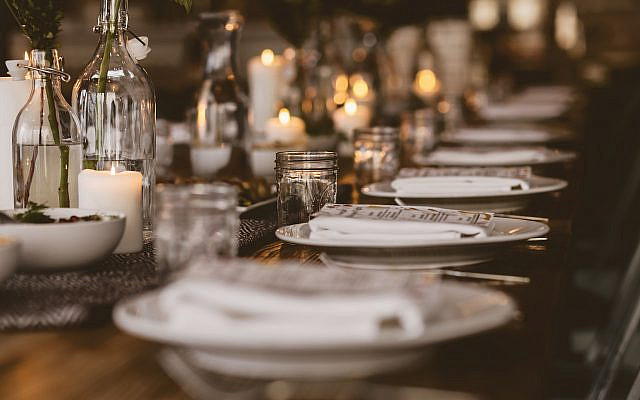 Photo by Nadia Valko on Unsplash

It all started when a friend got engaged. I was so shocked that I immediately reached out and offered to make sheva brachot.

The problem was that the last sheva brachot I made was 11 years ago so I had temporarily lost my sheva brachot mojo. Also, I really wanted this party to be bling, which didn’t help.

I started by surfing Aliexpress for days and adding the most fabulous things to my basket. I then bought none of them.

After this fun endeavor, I still had nothing to show for my hours of scrolling and online searching. Then commenced the list making. There were lists strewn everywhere. Lists about who to invite, lists about the decor, lists about the food. And then, more lists.

There was a multitude of things to do, from spray painting tea lights to enlisting help from a designer friend to design the bentcher cover. There was borrowing tablecloths, gorgeous glass vases and jugs from one friend and borrowing tables and crockery and lights from other friends.

It was both seriously fun and seriously stressful.

There was this one day where I found myself in the shops, yet again. By this time, I had already been shopping a few times (felt more like 100 times). But I still needed to pick up a few more party essentials. I hadn’t brought any of my many lists with me this time though. I was ticking things off in my head as I added them to my cart. I felt a little bit panicky as the big day was drawing close and I was still so far behind. As I was wandering down the aisles trying to remember everything I needed, I suddenly heard this woman talking loudly on her cellphone about olive oil. Of all the random things in the world.

“I need olive oil!” I thought and I dashed off to get it.

But – for a split second, I felt as if I had been enfolded in G-d’s grace. I know it sounds strange. I wouldn’t have believed it if I hadn’t felt this exact thing. I felt that at that exact moment, Hashem was right there next to me, guiding me, helping me, when I felt so overwhelmed. How He had put that lady discussing olive oil right where I would cross paths with her. So I would have to do one less shopping trip.

I know in my head that He is always there, right beside me, whether I feel it or whether I don’t. But this time, for a split second, I felt it on a gut level.

The sheva brachot came and went. But the nearly tangible feeling of Hashem’s presence right there next to me at a stressful time remains.

About the Author
Gila Isaacson is the very proud mama bear of four energetic sons. In the day, she can be found at Mercava, an awesome ed-tech start-up, where she works as a QA Engineer. At night, she can be found chasing after her boys.
Related Topics
Related Posts
Comments