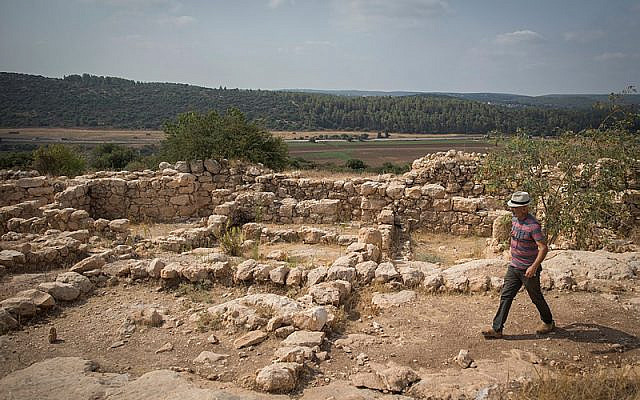 There are three different words in the Bible used for three different types of altars: mizbeach, matzeivah, and bamah. In this essay we will discuss the differences between these three types of altars in terms of how they were fashioned, what Halacha says about offering sacrifices upon them, and how that may have played out historically.

The root of the word mizbeach is related to the noun zevach (sacrifice) and the verb zoveach (sacrificial slaughtering). Accordingly, the mizbeach functioned as an altar upon which blood and other parts of sacrificial animals, birds, and flour were offered. The original mizbeach of the Tabernacle in Moses’ time was made of copper-plated Shittim wood, while the mizbeach in the Holy Temple of Jerusalem (built by King Solomon) was made from stone. The Torah is very particular that the mizbeach must be square (i.e., its length and width must be equal) and must have four “horns” atop its four corners (Ex. 27:1-2).

Truth be told, there were two items in the Tabernacle/Temple called a mizbeach. What we have discussed until now is known as the Mizbeach HaChitzon (“the Outer Altar”) and was erected in the courtyard. The other mizbeach was located closer to the innermost sanctum and was called the Mizbeach HaPnimi (“the Inner Altar”), or the Mizbeach HaZahav (“the Golden Altar”), upon which the daily incense was burnt. This Golden Altar was not generally associated with sacrifices or sacrificial slaughtering. So why does it bear the name mizbeach?

The Zohar (Vayakhel 219a) explains that the Golden Altar is called a mizbeach because the incense offered upon it has the powers to subdue evil forces (see Num. 17:11-15 in which Aaron’s offering incense on the Golden Altar had the power to stop a plague). Rabbi Elimelech of Lizhensk (1717-1786) adds that the sacrifices on the Golden Altar effectively “slaughter” those evil forces, so it is therefore appropriately called a mizbeach,which is related to the word for “slaughtering”. Alternatively, Rabbi Yonah Ibn Janach (990-1050) and Rabbi Avraham Maimuni (son of Maimonides) write that it is called a mizbeach simply because it was fashioned in the same shape as the main altar, albeit on a smaller scale, as it too was required to be square and have four “horns” (Ex. 30:2). According to this explanation, the word mizbeach as applied to the Golden Altar is actually a “borrowed term” used because the Golden Altar resembles the Outer Altar. Radak in Sefer HaShorashim explains that because in some rare situations (like on Yom Kippur) sacrificial bloods are brought to this altar, it is justifiably called a mizbeach.

The word matzeivah is related to the root netziv (standing or pillar) and Rashi explains that matzeivah means the same as mizbeach except that a matzeivah is an altar erected of one stone, while a mizbeach denotes an altar built from multiple stones. Besides denoting a single-stone altar, matzeivah can also refer to any monument that commemorates something and is even used colloquially to mean “tombstone”. About the use of a matzeivah for sacrificial purposes, the Torah says, “You shall not erect for yourselves a matzeivah which the L-rd, your G-d, hates.” (Deut. 16:22) In other words, the Torah unequivocally forbids offering sacrifices on single-stone altars.

How can the Torah say that G-d hates single-stone altars if we find in the time of the forefathers that G-d was pleased with such worship, such as when Jacob (Gen. 28:18-22) erected such an altar at Beth El? He even identified Himself to Jacob later on as the One to whom the single-stone altar at Beth El was erected (Gen. 31:45)? The Midrash (Sifrei to Deut. 16:2) explains that although G-d originally cherished single-stone altars in the era of the forefathers, by the time the Jews exited Egypt He abhorred such constructions because they had been formally adopted by the Canaanites as a medium of idol worship. Once the idolatrous Canaanites began to use single-stone altars for their perverted rituals, G-d was no longer fond of such tributes, and, in fact, forbade them in the Torah.

Nachmanides disagrees with the notion that matzeivah refers to a type of altar. He argues that if both matzeivah and mizbeach mean “altar” and the Canaanites served idolatry on both types of altars (as evident from many Scriptural passages), then why does the Torah differentiate between a matzeivah — which is shunned — and a mizbeach, which is commanded? Instead, Nachmanides explains that idolaters would erect a pillar to mark the entrance to an idolatrous temple and this pillar is called a matzeivah. According to this, G-d did not reject any type of altar upon which ritual sacrifice was offered, but He did reject this matzeivah monument which served a utilitarian purpose for idolatry.

The word bamah literally means “high place” and refers to private altars, which were generally built at sites with higher elevation. It is related to the word bimah which refers to the raised platform upon which the Torah Scroll is customarily read in the Synagogue. The Torah forbids a Jew from offering sacrifices outside of the central place of worship (Deut. 12:5-18), thus making worship at a bamah (or bamot in the plural) illegal. Nonetheless, the Mishnah (Zevachim 14:6) explains that this prohibition did not take effect while the central place of worship was a wholly temporary Tabernacle. In other words, before the Temple in Jerusalem was built, as long as the place of central worship was the Tabernacle, Jews were free to offer certain sacrifices at private altars. However, once the Temple in Jerusalem was built (and during the 369 years that the Tabernacle stood semi-permanently at Shiloh), sacrifices on a bamah became prohibited. Unfortunately, during much of the First Temple period, Jews in the two Jewish Kingdoms of the Holy Land continued to offer sacrifices at bamot, an illicit deviation which led them down the slippery slope towards idolatry. 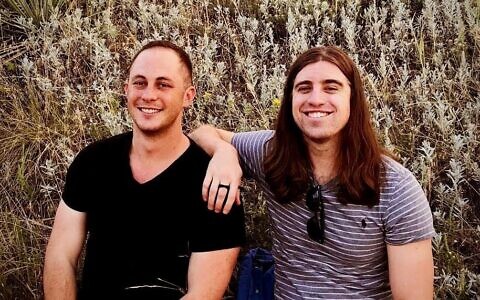