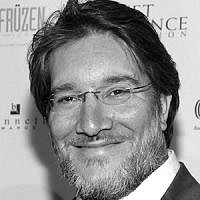 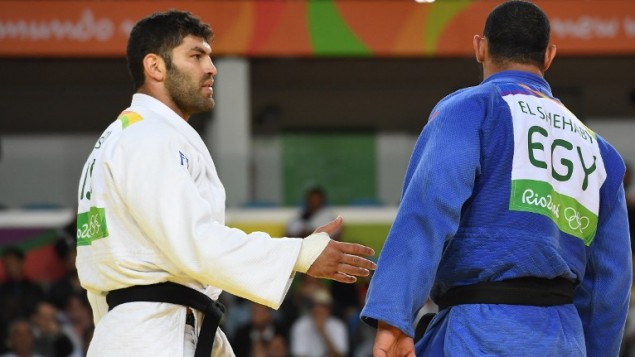 It’s a timeless image. A young Israeli literally extending his hand to Islam, only to be rebuffed.

The image was seen around the world, and with the help of Israel supporters, it will likely be seen for years to come. Because the snub by Islam El Shehaby at the Rio Olympics of Or Sasson, the Israeli athlete who bested him in judo, wasn’t just the bad sportsmanship of a sore loser.

To many, it was emblematic of the attitudes, petty and baseless in nature but massively consequential, that Israel faces as it struggles to coexist with its Arab neighbors in a manner that approaches mutual respect.

The look on his face might have suggested scorn of his rival, but let’s face it: El Shehaby may well have been afraid to treat the Israeli like a peer. That handshake would also have become a viral image, but one of hopefulness and optimism. Can’t have that. His life might very well have been endangered in a world in which Charlie Hebdo staff were gunned down because of cartoons.

According to an account on social media – widely picked up by pro­Israel blogs – from Hindel Swerdlov, who sat next to Sasson and his coach, Oren Smagda on their return flight to Israel, Smagda saw the snub coming even before the match began.

The coach reportedly recalled that “all the Egyptian mates and coaches were pounding their chests and saying Allahuakhbar!” More disturbingly, Smagda said Sasson received Facebook messages threatening his life if he touched the Egyptian. But you don’t get very far threatening an Israeli, particularly not one who excels at judo.

The International Olympic Committee formally reprimanded El Shehaby, saying his conduct was “contrary to the rules of fair play and against the spirit of friendship embodied in Olympic values,” according to the Associated Press.

But if they gave out medals for hatred of Israel, El Shehaby would be just a contender, not necessarily a champion (just like in his judo career).

It was widely reported that on the opening night, the Lebanese delegation of athletes tried to keep Israeli peers off their bus, with one of them actually physically blocking the door. For security reasons, I was surprised that the Israeli delegation didn’t have its own bus from the get­go. But a separate bus was found to appease the misbehavers.

Let’s give these folks a bronze medal for hate.

Perhaps the silver medal should go to the Saudi judoka, Joud Fahmy, who forfeited her first­round match rather than face the possibility of advancing to the second round – in which she might have to face Israeli Gili Cohen. Joud earns her medal for strategic snobbery rather than just spontaneous nastiness.

El Shehaby deserves the gold not just because his snub was so public, but because it’s so senseless. Okay, Israel did invade Lebanon, twice, so you could understand if not justify the grudge. And Israel and Saudi Arabia have no formal ties (even if they have some mutual strategic interests these days in facing the Islamic State and the eventual nuclear Iran).

But Israel and Egypt have a formal peace treaty that has endured for 36 years, and the two countries work closely together on security at the Gaza and Sinai borders. El Shehaby is too young to have faced Israel on the battlefield, but perhaps his relatives did. If so, he should remind himself who attacked whom in 1967 and 1973. Also, Egypt lost but still got its land back, an extremely rare historical occurrence. You can be a sore loser at judo, but why be a sore winner in politics?

The fact that the match between Israel and Egypt took place at all was supposed to be a sign of progress and in the true spirit of the Olympics. The dream, after all, is for rival countries to face each other in nonviolent competition, for pride and bragging rights without hostility. For his part, Sasson went home with a bronze medal, but also with a much more valuable prize of being able to hold his head high as a sportsman and a credit to his country.

I will not be the first commentator to point out the global symbolism of the snub. Brett Stephens of the Wall Street Journal framed it as part of the deep, pervasive anti­Semitism in Arab countries that practically have no Jews, who use them to scapegoat.

Stephens correctly noted that Arab hatred of and violence against Jews and Zionist pioneers long predates the state of Israel, and by far precedes the captured of the West Bank and Gaza in the Six­Day War. He notes that it persists even as Israel increases its regional cooperation with its neighbors and tries to get back to the negotiating table with an obstinate Palestinian Authority led by the naysayer Mahmoud Abbas.

Of course, those talks can have the opposite effect. Waves of terror attacks followed the commencement of the Oslo peace accords signed by Yitzchak Rabin and Yasser Arafat in 1993.

But even Arafat, an infamous terrorist leader if ever there were one, was willing to shake the hand of an Israeli.