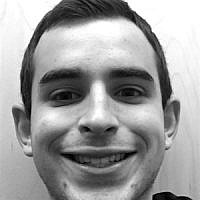 The Blogs
Jonathan Rifkind
Apply for a Blog
Advertisement
Please note that the posts on The Blogs are contributed by third parties. The opinions, facts and any media content in them are presented solely by the authors, and neither The Times of Israel nor its partners assume any responsibility for them. Please contact us in case of abuse. In case of abuse,
Report this post.

I had an experience the other day that is unique, yet I feel as though it happens way too often to Jewish college students. I was sitting in the University of Oregon’s Student Center waiting for a friend when I was approached by a gentleman (for the sake of anonymity, let’s call him Jack), who asked in a friendly tone of voice if he could sit next to me. I happily invited him to join me.

What happened next caught me off guard, but I was not surprised that it happened, which is the unfortunate part. He pointed at my Magen David (Jewish Star) necklace and asked me, “What do you think about the atrocities happening in Israel right now?”

Now, in my mind, he was speaking of the Palestinian incitement, especially because Dafna Meir was just murdered a few days ago protecting her children. I looked at Jack and said, “I think it is absolutely awful and the world just stands idly by while innocent people are being killed.”

Jack’s response was one that will forever be ingrained in my thoughts forever. He responded, “Finally, I found a Jew who speaks the truth about the Israeli Genocide!”

I was shocked. Not only had I completely misread the situation, but I could not believe that a person would make such an effort to get a Jewish person to admit that their homeland, the only democracy in the Middle East, was committing genocide. I felt a plethora of emotions overtake me. Anger and annoyance, disappointment and sadness. Looking back on it now, I know this is a pretty normal experience for a Jewish male or female to encounter on a large college campus, but I never thought it would really happen to me.

I took a second to collect my thoughts and decided to ask him where he checked his facts (because it is just SO hard to find a news source claiming Israel is such a terrible place). He explained that he references CNN sometimes, but has a subscription to the New York Times online that he loves.

Oh great, an outlet that has been under fire for showing bias against the Jewish state and another that is just downright unfair. A lot of college students are two things: gullible and lazy. When I say this, I mean in the sense that they believe everything the media tells them, and they refuse to check all different variations and sources. I know am generalizing, but this is something I have observed first-hand. I am guilty of this at times, as I am sure almost everyone is. Whether you are a die-hard MSNBC fan or love Bill O’Reilly more than anyone else on TV, it is incredibly important to look at all perspectives and sides of the matter, otherwise your argument is not very credible.

After Jack gave me this information, I decided I could respond in two ways: I could attack him, degrade him, make my case for why I believed his perspective was just downright stupid, or I could keep my emotions in check and be civil. I went with the latter option because, no matter who you are, being attacked and badgered is not fun.

I looked at Jack and stated, ” I know Israel is not perfect. There is a lot of work to do to create an environment where two different people can coexist happily and peacefully, but I also know that Israel is a blessing. It provides a home for a group of people that the 22 Arab countries seemingly ignore. It even lets the Palestinians have their own leadership in the Palestinian Authority, which is not helping their situation right now. What is going on in Israel is an atrocity. Innocent Israelis living in fear because there could be a knife at their throat or a gun at their head at any given moment. I know that most Palestinians want peace and, again, I believe in peace and I want it to be achieved as soon as possible, but I do not support the notion that Israel is a state of genocide.” I told him to have a good day and walked over to my friend, who conveniently walked in at that time.

I struggle with the idea that I could be wrong at times, but it is inevitable. I look at all sides and discover new perspectives and ideas that I would have never thought I would agree with. That is the path I choose to take, but it seems like I am one of the few. Both sides are guilty and it needs to change, but it all starts with you.

About the Author
Originally from Westlake Village, California, Jonathan Rifkind is now a sophomore at the University of Oregon. He is majoring in Broadcast Journalism and minoring in Business and the AIPAC Liaison at Oregon. He is passionate about advocating for the Jewish State and standing up for its right to exist.
Comments