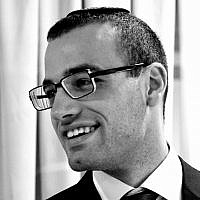 The role of the military is to win on the battlefield, not to serve as a testing ground for democratic and egalitarian values – Rav Avihai Rontzki

In an article published recently in Yediot Achronot, Tal, a female combat soldier in the IDF’s elite “oketz” dog-fighting unit, told of a military operation which required her to enter the home of an elderly Arab woman in Bethlehem late at night: “In the middle of the night my dog and I entered the house of an old woman who lives alone. My heart aches when I think about having to wake an elderly woman at such a late hour. I felt myself breaking down inside and all I wanted to do was cry. But I held myself. I felt that the fate of women everywhere was sitting on my shoulders – and so, I remained silent in the name of feminism.”

While there are arguments supporting either side, the question regarding whether or not women should serve in IDF combat units is not a simple one.

On the one hand, those that are against, among other things, charge that women should not serve in combat units for the following reasons: physical restrictions; concern that an integrated service will lead to the development of romantic relationships on the front lines and will thus cause a drop in combat effectiveness; soldiers who do not trust their colleagues just because they are women are likely to lead to a decrease in morale; finally, there is always the fear that women in combat may fall into captivity – a condition that almost always ends up with sexual abuse.

Another concern relates to the image that an injured or dead woman on the battlefield conjures among male combatants in the midst of a war. While men are generally “hardhearted” and can become accustomed to the raw brutality of war; it is hard to imagine any man becoming completely indifferent to the image of a woman lying near death on the battlefield. Following the 1948 Independence War, many soldiers complained that they were distracted by the sight of women lying wounded beside them, causing them to lose control and preventing them from successfully fulfilling their mission.

On the other hand, there are those that demand that more women should be enrolled in the IDF’s combat units, arguing that the current 3% is not nearly enough. Their argument however is not for practical reasons, rather it is justice based, advocating for what is ‘fair’ and ‘right’. Their basis is that women should have equal opportunities to men and should not be discriminated against on the basis of their gender.

Since the 1970’s, most Western armies began to include women in their ranks, with only some allowing women to serve in combat roles. The IDF was seen as particularly liberal in this sense owing to the fact that women served in combat roles as early as 1923 in the ranks of the Haganah. However, following the 1948 Independence War, things changed and restrictions were placed on women’s roles’, banning women from all front-line positions.

Today, 33% of all IDF soldiers and 51% of its officers are women.  There is thus no question that the IDF has progressed tremendously since the days of the Women’s Corps, especially since the 1990s. Nonetheless, even today, not all positions are open to women (approximately 88% are) – for example, a female soldier may serve as a ship captain but not a submarine commando.

Perhaps the most significant change occurred as a result of a High Court of Justice ruling in 1996. Alice Miller, a 22 year-old from Tel Aviv holding a civilian pilot’s license from South Africa and a degree in aeronautical engineering, decided to petition the Supreme Court, demanding the army allow her to take the qualification test to become a combat pilot, following their initial rejection on the grounds of her gender. Although the HCJ ruled in her favor, Miler failed the exam. Nonetheless, this opened the door for future female combat pilots and for new opportunities in other similar elite units. Another milestone occurred in 2011, whereupon Orna Barbibay became the first female “aluf” (Maj. Gen.) in the IDF.

I mentioned earlier that those who advocate in favor of women serving in combat units do so in the name of “fairness and equality”. Thus the question must be asked: Are men and women really equal? That is to say, are they really the same?

Another question which we must ask those brave women who choose to serve in combat units, as well as their supporters, is: What are your motives? Did you make this difficult choice out of a strong will to give back to your country, or rather; did you choose to do so for feminist reasons, to prove that you can? Are you an idealist or a feminist?

This is a question of great importance; one that I believe cannot be overlooked. A couple weeks ago, in the popular dati-leumi-weekly “Olam Katan“, Brig. Gen (Res.) Rav Avichai Rontzki, former Chief Rabbi of the IDF, wrote:  “The role of the military is to win on the battlefield, not to serve as a testing ground for democratic and egalitarian values.” Rav Rontzki was addressing exactly those girls, such as Tal (mentioned above) who have either forgotten or misplaced the whole point of the IDF. While there were many things in Rontzki’s article I disagree with, I wholeheartedly agree with the fact that the army must first and foremost protect the nation. Art. 1 of the Stated Values of the IDF (Ruach Tzahal) states: “The IDF’s goal is to defend the existence of the State of Israel, its independence and the security of the citizens and residents of the state.” The States’ security than should not fall short as a result of “democratic experiments” or “feminist ideals”.

I should make it very clear that I am not a chauvinist in any way, shape, or form. On the contrary, I strongly believe that women should have illustrious careers and should pursue any and all goals that they set for themselves. I believe in equal opportunities [for the most part – I will explain] and I certainly believe in equal rights. However, there are two things that need to be said:

Statement #1: Men and women are not equal. Certainly there are the obvious physical differences, but there are also emotional ones. Woman should be motherly, compassionate and soft-spoken. These are all wonderful traits that are unique to women. Even when men do have those traits, they never come forth in the same warm way that they do when conveyed by a woman. Should I say than that we are not equal? Should I demand that my wife and I be equally compassionate? No. That would be absurd. A child has a mother and a father. There is no question in my mind that I am a great father, however, there are some things that only a mother can say or do – be it in the way she speaks or the message she conveys through her body language. I’m not saying that one sex is better than the other – we are just different and we have to accept that.

Statement #2: Feminism is the worst thing that ever happened to equality. Many feminists believe that equality can be achieved by way of affirmative action. But how does it feel to get a job because it has been allotted to you, or at least to someone who very narrowly fits your description? Does it feel equal? It shouldn’t. The whole notion of affirmative action being a way of achieving equality creates a paradox. Women should be hired, promoted, elected and admired because they have proven themselves worthy, not because a firm or a political party set aside an ‘x’ number of positions to be reserved for women. In my opinion, such a “solution” to the problem of inequality is degrading in and of itself.

Minister of Pensioner Affairs, MK Uri Orbach was recently quoted as having said: “The benefit of women’s service in combat units is marginal. There are differences between men and women.” Orbach was referring to the financial downside of women’s combat service. In order to understand the full extent of Orbach’s statement, let’s take the example of women combat-pilots.

The IDF’s combat pilots are undoubtedly the cream of the crop of Israeli society. The elite few who manage to survive the intense three-year training program are exceptional in all ways – socially, physically and academically. Not only is the training intense but an enormous amount of money is invested in each individual pilot. Just to give you an idea: pilots, at the peak of their training and service generally fly once-a-day. Each flight costs an approximate 10,000 USD in fuel – thus, in one day the IDF has already invested more in a single pilot that it may invest in an average foot soldier in the Golani brigade over the course of his whole three years of service.

Understandably, when so much is invested in each pilot, it is necessary to ensure that each one stays in “flying shape”. This requires pilots, even after their mandatory service (approx. 9 years) to continue flying on a weekly basis. What than can a female pilot do if she is pregnant? Pregnant woman, nearing birth aren’t even supposed to fly as passengers on commercial flights, let alone piloting a fully armed combat plane! Inevitably, these women will fall out of “flying shape” and will no longer be up to par. This is a tremendous financial burden on the IDF – literally millions of dollars are invested in each pilot!

And so, the IDF’s goal is first and foremost to protect, it is not a playground for feminists to “flex their muscles” and exercise democratic ideals. Furthermore, the army offers many attractive opportunities to progress and to gain valuable skills – women should take advantage of this and should strive to occupy key positions in the IDF. However, combat is not a woman’s sport and with the security budget already limited as it is, combat should be left to men.