On this day 53 years ago, Israel launched a preemptive strike against the accumulated enemy forces amassed on three of its borders. Despite these armies being on a war footing and preparing to attack the Jewish state from all sides with vastly superior numbers, they were completely taken by surprise by both the sheer audacity and the devastating effectiveness of the IDF. After six days, it was all over. The armies of Egypt, Jordan, and Syria were destroyed. Forced to capitulate, they were humiliated, having lost all pride and respect in the eyes of the region and the world. Six days.

Israel suddenly found itself with so much territory that it did not know how to deal with this new situation. Its size had more than doubled. We now had breathing room and more secure borders. We also found ourselves with a civilian population, a vanquished, beaten people that we also did not know how to deal with. And they hated us. All in six days.

And, for the last 53 years, what happened during those six days has dominated virtually every aspect of our lives – politically, socially, and psychologically. It changed the character of the country. We were now confident; our existence was secure. At the same time, David had become Goliath. We now ruled over and were responsible for the lives and welfare of another people against their will. We won the war, but we have not dealt with the consequences of that war. For half a century we have fumbled and stumbled along, with no clear vision or purpose what to do with the territories we acquired and the people that came with it. At the same time that our ability to shoot from the hip, to improvise, earned us some stunning achievements like the Entebbe raid, it has also been an albatross around our necks, preventing us from doing any serious national and political-strategic planning. “Yiheye beseder” (it will be alright) has defined almost every approach to our country’s governance. And it got our Prime Minister, Yitzhak Rabin, killed by one of our own.

This lack of clear policy with regard to the West Bank has torn the fabric of our society apart, as we tear at each other like fighting dogs until the ideological divide is irreconcilable. We have lost our balance, as the vagaries of our political system have given voice to radical, religious, fundamentalist extremists who hold the balance of power, allowing them to dominate the political agenda and national issues – none more so than the issue of settlements in the West Bank.

The result of these settlements is that our moral conscience has been corrupted as we have been forced to oppress the Palestinians to protect and maintain them. One can argue about the legality of these settlements, but what we have become in order to sustain them – and what they have done to the character of our country is inexcusable. You cannot blame terrorism for it all. We have become a people insensitive to the suffering of others, driven by our self-righteous sense of entitlement, ostensibly supported by a twisted and literal interpretation of our Torah, while having lost the spirit of its teachings.

At the same time, lack of legislation with regard to these territories has been our saving grace. There was always hope that policy could change, that maybe we could reach a compromise solution which would save our moral soul. This, despite the fact that for about 30 of the last 40 years, Israel’s policy towards the West Bank has basically been unchanged.

But here is the thing; policy is reversible. For as long as our government’s support for and decisions to expand the settlement enterprise was government policy, there was always hope that a change of government or a change of leadership could reverse the trend, and peace could be reached. A policy defines the government, it does not define the character of the country. It is not permanent. For the moment, we are still a democracy and the will of the people can change.

Legislation, on the other hand, defines the country; the laws define who we are, and it is almost impossible to reverse. It is permanent. And therein lies the difference between having an ultra-nationalist, ethnocentric government and having an Apartheid state. 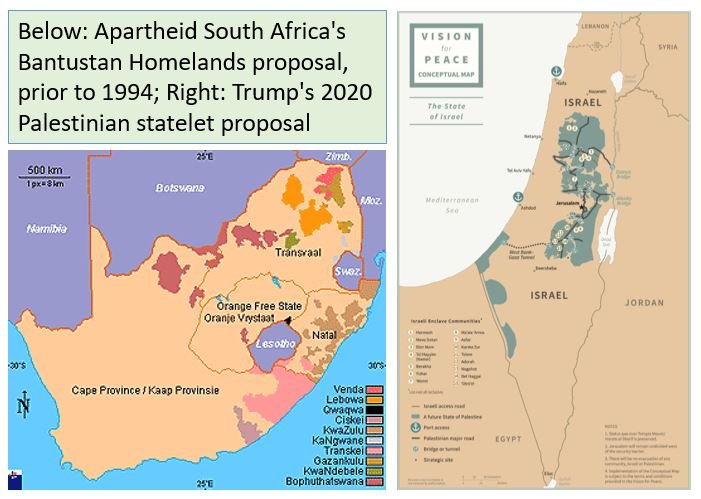 After 53 years Israel is on the brink of legislating annexation of the West Bank, without granting citizenship to the Palestinians living in it. No amount of contortionism and verbal gymnastics – about how the Palestinians will have their own authority for which they can vote – will change the fact that WE control the entire region. The Palestinian population centers will be completely surrounded by Israel, enclaves with no chance of real independence. Maybe limited autonomy, the extent of which will be determined by us, to be granted and taken away whenever we so desire. Bantustans in both essence and execution. How expedient and convenient for us it is that we can use the ineffective and emasculated Palestinian Authority (which we helped emasculate) as a foil – an excuse – to deny the people we annex along with the territory Israeli citizenship. All so that we can maintain a cynical misrepresentation and a false assertion that Israel will still be a “democracy”. But you cannot annex territory and not annex the people living in it. And thus, the minute we annex, Israel ceases to exist as a true democracy. How do you say Apartheid in Hebrew? Because that is what Israel will be. 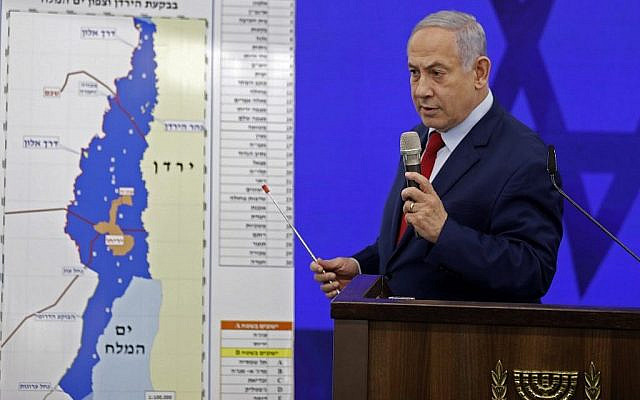 Netanyahu’s annexation plan. Note how Jericho, a major Palestinian city, is an enclave within the annexed territory, while Netanyahu announced he has no intention of granting them citizenship. (Menahem Kahana/AFP).

It was not inevitable that this would be the legacy of the Six-Day War, but after half a century, this is what it will be, and it will eat away at us from within.

Let us say a prayer for Israel’s democracy. Yitgadal veyitkadash.