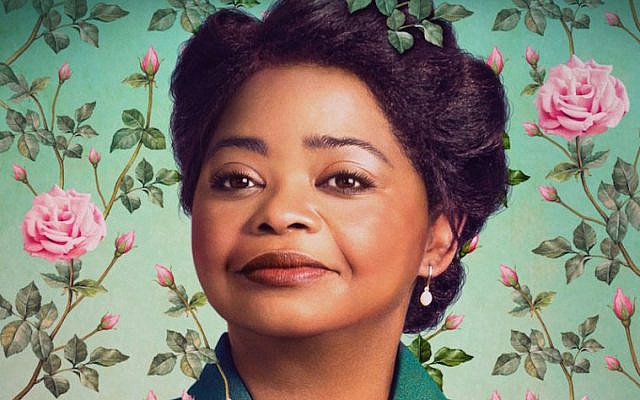 This week my wife and I completed our journey with Madam C.J. Walker born on a Louisiana cotton plantation, to parents who had only just been released from slavery. It was 1869.

Her real name was Sarah Breedlove and she became America’s first self-made black American woman millionaire. A story of rags to riches. Betrayal by spouses, relatives, business partners, employees and competing forces appeared to be a constant in her efforts to make good, do good and realize the American dream that was for so many black Americans just a dream and one so very unreachable.

She lost her parents at age 7 – but from washerwoman in St Louis, she made her way to business enterprise in Indianapolis and then to becoming a household name in New York and beyond.

This new four-part Netflix historical drama “Self-Made: Inspired by the Life of Madam C.J. Walker” is a timely tonic and energizer at this time when Americans – but perhaps even more so those of us who are non-Americans – take (re)new(ed) interest in the history of the black American community, rights, racism and responsibilities of grassroots community, lawmakers, law enforcement and national leaders.

I’ve found space this week to think about the personalities that dominate the Torah portions we will read this Shabbat and how at forks in the road they chose a route quite different from Sarah Breedlove, dotted with no less potholes than hers but navigated in quite a different manner.

Jewish folks outside Israel will read this week of the twelve scouts sent into the Promised Land by Moses. Ten of them return with “We cannot ascend to that people for it is too strong for us… (it is) a land that devours its inhabitants”. (Parashat Shelach, 13:31,32)

The people there are too powerful, the cities too fortified.

Those in the minority differed and understood the critical nature of the mission, could see how this piece could fit into a larger puzzle. Said Calev ben Yefuneh, he and Joshua returning with a different opinion, a different level of determination insists “we shall surely ascend and conquer it, for we can surely do it”.

The faith of latter-day Sarah Breedlove.

She too identified “offspring of the giant”, fortified cities, markets, professions that locked out women, black Americans, those not born into privilege or opportunity. Like the scouts of thousands of years earlier, she looked fear, doubt, potential failure in the face.

But she did not blink. Like the scouts, Madam C.J. Walker carried with her the dreams of a people who were slaves and set about first building herself, then bringing black American women with her to promised lands of freedom grasped in both hands, to worlds of opportunity, personal growth, satisfaction and ultimately success.

And when that success came, she leveled the playing field for countless others, giving of her now significant resources and becoming a philanthropist of note.

Jump forward to the Torah portion Israelis will read this weekend and we meet a horde of men, led by Korach who present bitter complaints against Moses and Aaron, making aggressive claims of not being given the status and the responsibilities they deserve. That it was intolerable that leadership and power had been centralized around Moses and Aaron. “The entire assembly – all of them – are holy and God is among them; why do you elevate yourselves over the congregation of Hashem?” (Korach 16:3)

In one Torah portion (Shelach) we bear witness to a group of men – to be clear, senior leaders of the Jewish people – who take their concerns about having to build a new future with their own hands in a new land and sew panic and unrest among a people. This, a people perhaps still coping with a deeply Egypt-ingrained slave mentality. Leaders they were but they decided that the smartest means of dealing with their own doubts, their fear of the future and struggles with the past, was to report back widely, loudly to a whole populace rather than putting heads together with others to regather their thoughts, (re)develop strategy, a Plan B. They skip over consultation and dive head first into undermining the future of a people.

Israelis hearing their Parasha this week will discover in fact that Korach and his followers were not downtrodden men without opportunity or status. They are prestigious people, men of prominence. Their grievances came not from a place of denied opportunity or discrimination like the scars in the ancestries of many peoples. Instead jealousy overcame them – says Torah commentators Ramban and Ibn Ezra, Korach could not bare to see Aaron and his priestly descendants take on chief responsibilities in the Tabernacle and took cynical advantage of stirred emotions as the people stood in the shadow of a 40-year desert-stay punishment following the sin of the spies.

Contrast to our heroine Madam C.J. Walker. She did not push others down under the stormy waters in order to prop herself up. She did not start her life with privilege and opportunity. The right to be respected and counted as a leader of people and of industry was something she achieved though hard work, faith and an unbreakable determination not be broken.

While the generations of those spies and of Korach’s team never made it to their promised land, Sarah Breedlove’s greatest power and influence was the power, influence and promise she gifted to others like her and the legacy she left for her family, for women and for black Americans.