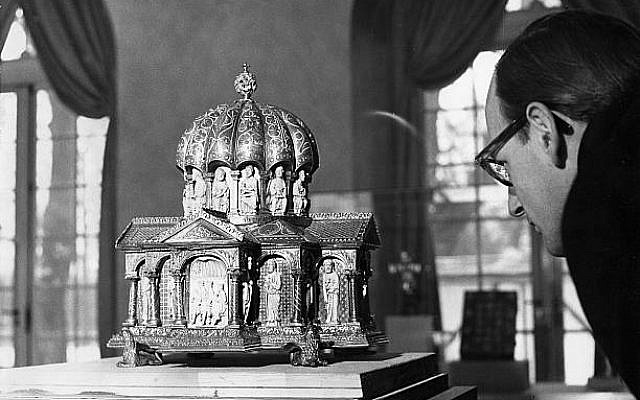 Last Thursday, the US Supreme Court restricted the jurisdiction of American courts to entertain lawsuits against corporate violators of international law (Nestlé USA v. Doe). Earlier this term, the Court had narrowed the ability of plaintiffs to hold accountable foreign governments for crimes committed as part of genocide. (See Germany v. Philipp and its companion case, Hungary v. Simon.) Together, these three cases place high hurdles for survivors of Holocaust victims to gain restitution of looted property. In addition, the cases offer scant guidance for plaintiffs seeking to navigate this newly minted legal morass.

The suits against Germany and Hungary involved heirs attempting to regain plundered art. The Foreign Sovereign Immunities Act allows suits against governments, normally immune, for “expropriation [of property] in violation of international law.” The US Court of Appeals for the District of Columbia Circuit gave the expropriation exception its full scope. Because genocide violates international law, any taking that forms part of ethnic cleansing falls within the jurisdiction of US courts. This interpretation follows the intent of Congress, as expressed in the legislative history and the testimony of the main drafter of the provision.

The Supreme Court read the provision narrowly. Chief Justice Roberts held that it applied only to expropriation of the property of foreigners, as in Fidel Castro nationalizing US businesses. Relief against Germany or Hungary for acting against its own citizens lies in their domestic courts, the Court ruled. However, if the expropriations occurred after the Nazis and their Hungarian allies, respectively, stripped these particular Jews of citizenship, the US courts could entertain litigation. The Court sent the cases back for further consideration.

The Germany and Hungary cases left open the possibility of heirs suing US corporations. A US law dating to the founding of the Republic, the Alien Tort Claims Act, allows foreigners to sue for “for a [wrong] only, committed in violation of the law of nations or a treaty of the United States.” The US Supreme Court had already negated the possibility of suing foreign corporations. Jurisdiction also did not attach to any acts occurring abroad. Plaintiffs possibly could hold US corporations liable for the domestic portion of a violation of international law. Citizens of Mali sought compensation from domestic corporations, Nestlé USA and Cargill, for child slave labor on cocoa plantations in Africa. Like genocide, slave labor violates international law as the Nuremberg Tribunals established. The domestic corporations initiated and supervised the scheme. However, implementation occurred in Africa.

The US Supreme Court dismissed the suits. The Justices held that masterminding and supervising the exploitation did not suffice to connect the US to the violation.  “[A]llegations of general corporate activity – like decisionmaking – cannot alone establish domestic application.”

Survivors’ heirs will face difficulties going forward. While discounting “decisionmaking” as a predicate for US jurisdiction, the Court did not say what suffices. Potentially years of litigation will ensue. Even then, the Court ducked the question whether Nuremberg-era crimes fell within the law. Three right-wing justices said the law covered only violations recognized in 1789. How long until two of the other three silent conservatives go along?

In the case of governments, the standard the Court chose will create difficulties.

In Philipp, the forced sale to the Prussian government (fronting for plunderer Hermann Göring) occurred in 1935. Germany issued the Nuremberg Laws, revoking the citizenship of native German Jews, in September of that year. Superficially, the lower courts can dispose of the issue simply by comparing dates.

The Germans approached expropriation in a more sophisticated manner. Rather than swoop in to seize property, the Nazis conducted sham negotiations. To keep the veneer of legality, talks took time. That raises thorny questions. If the sham “negotiations” began before but concluded after September 1935, did the taking occur when the Nazis targeted the victims, or when the “agreement” came into force? Did the Nazis deprive Jews of citizenship when the government issued the Nuremberg Laws in September, 1935, or when the party drafted them, or when the Nazis had decided to de-naturalize?

Justice Stephen Breyer remarked that other remedies exist, namely, the US-Germany restitution protocols. True, but the agreement has no force of law. It strains credulity to conclude, as Germany argued here, that the rapacious Göring paid fair market value for the treasure. Yet the heirs would have to rely on the goodwill of Germany, or, worse, of Hungary and its ilk, which have never acknowledged complicity.