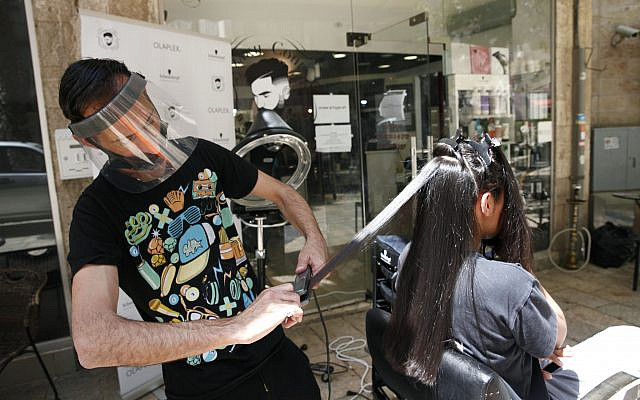 In the coronavirus crisis many businesses were deeply damaged, but one that the customers were anxious to reopen as much as the owners were the beauty and hairdressing salons.

In order to work in a more aired space this hairdresser attends a customer outside a hairdressing salon on Dorot Rishonim St. in downtown Jerusalem protected by a special mask covering his face.