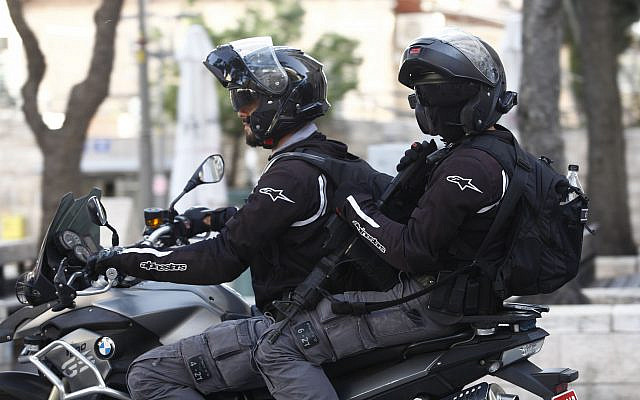 A policeman of the Yasam motorcycle special patrol unit on duty in downtown Jerusalem, wearing a mask against the coronavirus, which in addition to his helmet’s sun visor, covers his face completely.