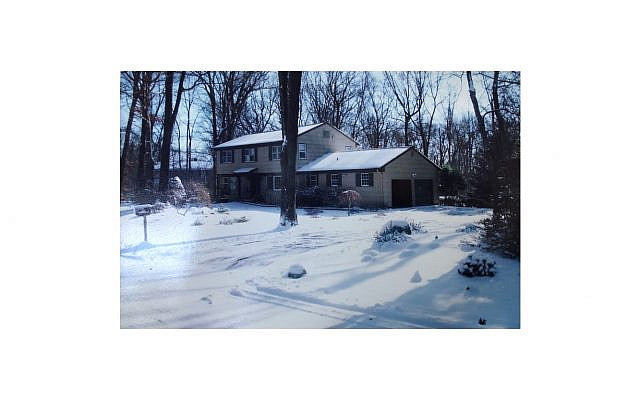 My Old Home with a WeatherVane on the Roof

Another day closer, and a bit more information to pass on.  There have been some fluctuations in the weather forecast.  Even so, the United States’s Global Forecast Ensemble System suggests that the atmospheric conditions will be favorable for significant snowstorm in Jerusalem and surrounding areas on Wednesday of this week. Blizzard conditions are also possible.

Our high-resolution forecast shows snow and ice developing in the mountains of Safed in the afternoon on Tuesday and spreading to the mountains of the Shomron by and during Tuesday night. As for Jerusalem, only light precipitation mounts are shown as the clock moves towards 2 A.M. It’s at that time that the storm should advance southward as we move into Wednesday, which will most likely lead to snow developing late Tuesday night and lasting into Wednesday night in the central mountain areas.

For those amateur meteorologists who want to see the publicly available data, they can peruse the web site https://www.tropicaltidbits.com/analysis/models/ and click below the map for our region.  You’ll find forecast maps labeled “Global” and “Ensemble.” These models predict the synoptic (large scale) patterns that can bring us our inclement weather. Forecast centers produce both sets of forecast maps, but the first set are their best versions of the model, and are a single forecast for the upcoming days.  The second set are multiple forecasts made with the same model or a degraded version of the model (e.g., larger grid-spacings between forecast points). In these forecasts, small uncertainties are usually introduced into the measured observations.  This second set gives us an idea of the likelihood of the forecast event happening.

There are some differences among the models, among which the GFS/GEFS (US), GMC/GPES (Canadian), ECMWF/EPS (European) are considered the best.  Right now, the GFS and GEFS predict the heaviest potential snowfalls.  We tend to follow the GFS and the GEFS in this time frame (within a few days of a storm). In fact, our experience tells us that the GFS is a very accurate forecast model within the timeframe of a few days closest to a major snow or rain event.  Moreover, the European models are shifting in the direction (cold) of the GFS (and GEFS).  Regardless, the differences do make one pause.

We’ll see how the forecasts progress as we move into Monday.

There is a lot of pressure being a meteorologist in Israel.  We’re a small country living next to a relatively small body of water, which leads to generally small scale meteorological features (called mesoscale) that can bring extremely heavy rains, or even snow that falls like someone dumping flour from the sky.

I find — and I am not alone among forecasters — that the intensity of the situation can affect my sleeping patterns.  For instance, last night I dreamed that I had to make a forecast for heavy snow, but couldn’t find the day of the forecast on the weather map.

How did I ever get involved in forecasting weather?  The main reason was disappointment.  The forecasts in the 1970s were generally terrible. It would rain when it was forecast to snow, and vice-versa.  After one such event, I asked my sixth grade teacher why it didn’t snow, and on his prompting I was off to the library to learn about weather.

Back then, before the advent of the internet, one just needed a barometer, thermometer, and wind vane.  My Dad kindly placed the wind vane on the top of my childhood home (the roof! See picture), and with the “Sager Weather Forecaster” book I was off.  The world became my scientific laboratory.

But, what is my interest in snow?  For me, I was always fascinated by the different shapes that fell from the sky.  Supposedly, not a single flake — like (most) people — has ever been the same as any other. There are hexagons, stars, and even suns. Snowflakes fall so, so slowly, as if they have nowhere to go, but to relax and watch each other enjoy the day off from school.  As the snow falls, the world quiets until all one can hear are the whoosh of their filling parachutes as each flake breaks before landing.  In time, the Cubist world our mind sees is replaced by the softness of an Impressionist painting .

To know that such a world is likely just a few days away, is something wonderful to be able to share.

Let’s hope we’re up to the task!

About the Author
Dr. Barry Lynn has a PhD in Environmental and Atmospheric Sciences. He has an undergraduate degree in Biology. He is a researcher/lecturer at the Hebrew University of Jerusalem, and is the CTO of Weather It Is, LTD, a weather forecasting and consulting company.
Comments