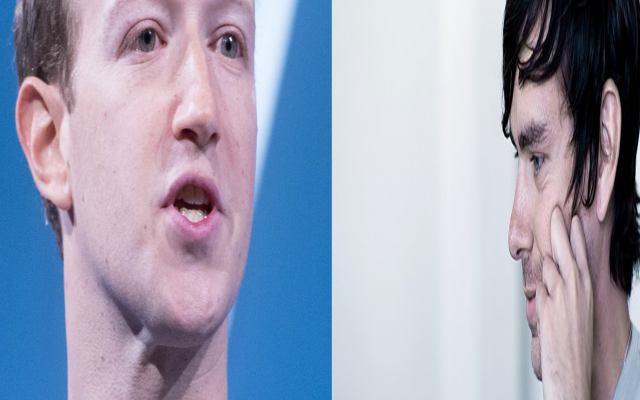 One of the darkest moments in (relatively) non-wartime-America was the Capitol riot of Wednesday, January 6, 2021. It was a moment that threatened the domestic peace of the United States of America and will doubtlessly divide the Republican Party (GOP). I was busy writing that day and not paying any attention to the news. The event was brought to my attention, late in the day, by a friend during a telephone conversation. At first, I scrolled through the headlines on Facebook—(as a registered Independent, I do nonpartisan information gathering). I saw that those who stormed the Capitol were brandishing confederate and Trump flags and MAGA hats. Upon further reading, it was revealed there was a plan to kidnap Speaker of the House Nancy Pelosi, and hang Vice President Mike Pence; one of these militants carried a shotgun, another murdered a Capitol security guard by bludgeoning him on the head with a fire extinguisher.

The characters who incited the riot were, of course, first, the president, whose rhetoric and vitriol has caused an unruly fervor to build up and was finally released in violence upon electoral defeat; and former New York City Mayor Rudy Giuliani who, during a public appearance right before the January 6, Capitol riot, walked out on stage to “Macho Man” and called on Trump supporters to practice “trial by combat” in resolving the electoral dispute. As a result of this incitement, there is a push to disbar him, and there might even be an FBI investigation and ensuing charges.

In the aftermath of the riot, after all the damages and the handful of bodies, neither one of them took responsibility. As a result, the largest social media platforms: Facebook, Twitter, Instagram, suspended, indefinitely, the account of President Donald J. Trump. The conservatives went crazy, citing the First Amendment and crying the case Orwellian. Prior to this mess, Mark Zuckerberg of Facebook and Jack Dorsey of Twitter had been subpoenaed to Capitol Hill multiple times to answer to their supposed suppression of conservative content on their platforms.

The case which caused the most recent noise was when Twitter suppressed a New York Post article on the Hunter Biden China-meddling accusation.

Also, in the aftermath of the Capitol riot, conservative social media platforms such as, Parler, was removed from the Apple and Google app stores and finally, had its server host forced offline.

Conservatives control Wall Street; and politics is controlled by the big banks, in turn. Information and technology companies, however—what is loosely termed Silicon Valley—to give a name to the relatively nascent sector, is controlled mostly by liberal Democrats. In this arena, the Republican Party is outnumbered.

For some years, mostly in the last decade or two, the GOP culture has been strongly influenced by the writing and philosophy of novelist, Ayn Rand (1905-1982). Ayn Rand gave birth to her own school of philosophical thought known as, ‘Objectivism’, which may be applied to business, government, any institution. It stressed an ethos of fundamental atheistic humanism and selfishness (in fact, opposed to the very act of altruism). Seen by many critics as unapologetic, unabashed, financial elitism, it is used by conservatives to glorify small government, and to defend the super-rich. It was meant, and is still looked at, as an attack on Marxism. While in America today there are two branches of libertarianism: left-wing libertarianism and right-wing libertarianism, Atlas Shrugged (1957), and the other writings of Ayn Rand, became the scripture of the “right-wing” libertarians, who are dogged capitalists, and in favor of the privatization of most institutions.

In the book, a group of entrepreneurial geniuses, a single character representing a single industry, respectively, group together and go on strike, to in effect, point their gun at society and say, ‘Where would you be without us?’

To put it in President Donald Trump’s final words on Twitter: “Sad”. If Ayn Rand is the Republican Party sweetheart, if the richest should enjoy tax cuts while the poor work for starvation wages; if all medicine and education, et al., should be privatized by the wealthy class who are the wealthy class because they are the intellectual and skilled elite, then what are they going to do when the direction of the winds shift?

Facebook is Mark Zuckerberg’s invention; Twitter, Jack Dorsey’s. Google’s and Apple’s app stores are proudly laissez faire and at liberty to sell what they damn well please (and remove what they don’t want sold). “Atlas” has shrugged, and Trump and the alt-right has fallen off. Whining that a ban from social media is communist censorship just won’t work. What the Republicans want is a free market, with independent companies. Now these same independent companies—who also serve the U.S. economy in positive ways—have flexed their muscle. They are in disagreement with conservatives, that’s their prerogative.

If you need me, I’ll be freely shooting the breeze with my friends on social media. No vitriol. No incitement; dear God, no insurrection.  Not today. Not for this president.