When Prime Minister Yitzhak Rabin was assassinated by Yigal Amir in 1995, I was a second-year law student at the University of California, Hastings College of the Law in San Francisco, the oldest law school on the West Coast. I was taking a human rights course taught by Professor George Bisharat, a Palestinian peace activist.

Soon afterwards, I met privately with Israeli soldier, Noa Ben Artzi-Pelossof, who is Rabin’s granddaughter. In our face-to-face meeting, I promised Noa that I would “serve in the Israeli army.”

When I graduated from law school, I was immediately appointed special assistant and staff attorney to Governor Pete Wilson of California. For two years, I advised the governor on legal, economic, political, and educational policy while assisting spokesperson, Sean Walsh. During my time in the governor’s office, I often thought about Yitzhak Rabin, Noa Ben Artzi-Pelossof, and peace in Israel.

Once Governor Wilson left office in 1999, I moved to Jerusalem where I served as special assistant to mayor of Jerusalem, Ehud Olmert and spokesperson of Jerusalem, Haggai Elias. I was also studying to become a rabbi at Aish HaTorah Academy guided by Rabbi Noach Weinberg. While meeting in the mayor’s office, Ehud Olmert personally urged me to “serve in the IDF”.

With the assistance of Mayor Olmert, I contacted IDF chief of staff, Shaul Mofaz, seeking special permission to enlist in the IDF. I then met with former general, Ariel Sharon, at the Likud office in Jerusalem. The meeting was arranged by Likud activist, Rafi Bar-Hen. Sharon and Mofaz directly intervened on my behalf, and I enlisted in the IDF on August 20, 2000. 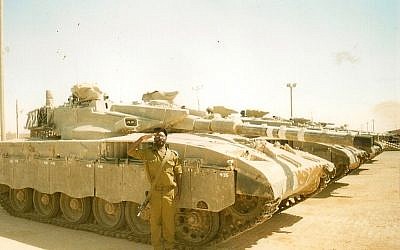 Two months after I enlisted, the Second Intifada erupted. I served in three units: Sayeret Golani special forces, the IDF Legal Unit (Praklitut), and the 7th Brigade of the Armored Division where I drove the Israeli-made Merkava battle tank. 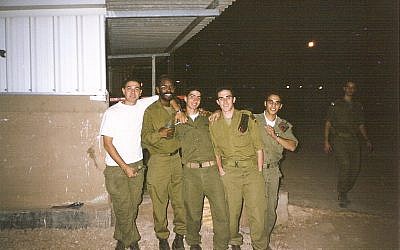 Golani Brigades @ “Bezeq” military base near the Palestinian town, Jenin, during the Second Intifada.

After I completed my service in the Israeli army, I returned to the United States and enlisted in the United States Army. I wanted to protect America after the September 11th, 2001 attacks. I completed combat training at Fort Leonard Wood, Missouri. I was awarded the National Defense Service Medal by the Pentagon.

My Jewish nom de guerre is “Moshe-Hillel Halberstam”. (I received the family name “Halberstam” from Grand Rabbi Aryeh Leibish Halberstam of Sanz Zmigrod in B’nai Brak) I served in the Israel Defense Forces (IDF) during the Second Intifada and the United States Army after 9/11. I was known as a soldier of war. Now, I am a soldier of peace. 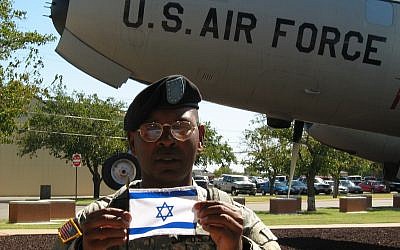 I have first-hand combat experience in both Israel and the United States. I have been to the West Bank and Gaza. I have toured Gush Katif in the Gaza Strip. I was on the front lines of the global war on terrorism. As a former soldier of war, I now extend my hand in peace and friendship to the Arab world.

Recently, I visited Ramallah where I viewed Palestinian protests first-hand. I then toured Bir Zeit University which is the “Harvard University of the Palestinian world”. I talked about peace with Palestinian students and activists. 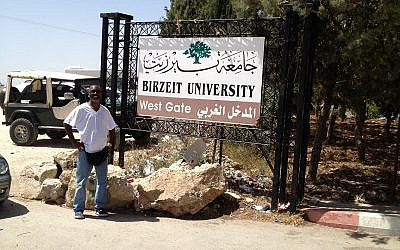 I call for Mariam Barghouti to be elected to the Palestinian Legislative Council (PLC). She is a young, Palestinian American writer based in Ramallah who speaks English and Arabic. Her political commentary has been featured in the New York Times, Al Jazeera, and the International Business Times.

Moreover, I call for Noura Erakat to be elected to the Palestinian Legislative Council. Erakat graduated from the University of California Berkeley School o f Law and Georgetown University Law Center. In 2019, Erakat published a book titled “Justice for Some: Law and the Question of Palestine”.

To expand my understanding of Israeli-Arab issues, I toured Baqa’a refugee camp on the outskirts of Amman, Jordan. I also toured Za’atari Syrian refugee camp in Jordan. I directly negotiated with Palestinians and Syrians about peace. Furthermore, I am studying basic Arabic to improve communications with the Arab world.

Like Yitzhak Rabin, Moshe Dayan, Ehud Barack, and Benjamin Netanyahu, I have been a soldier during war. Now I am a soldier for peace.

We need new ideas and fresh thinking to bring about a new Middle East. Let us move away from the darkness of war and embrace the light of peace.