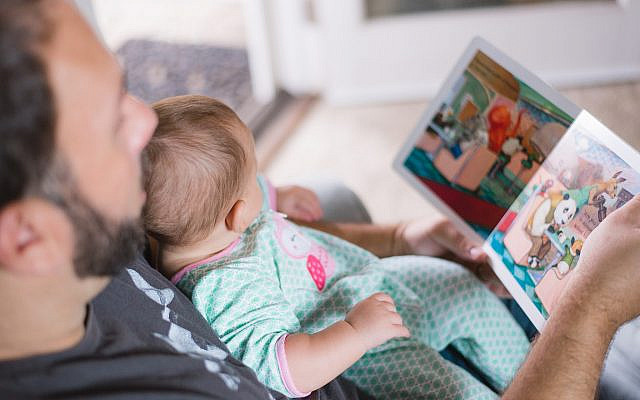 Photo by Picsea on Unsplash

In 2009, then Prime Minister Benjamin Netanyahu gave what many remember as a revolutionary speech at an environmentally-focused Tomorrow Conference in Jerusalem, hosted by then President Shimon Peres.

Inspired by the futurist Ray Kurzweil, Netanyahu pledged before some of the world’s most powerful political and technology leaders that within ten years (that is, by 2019), Israel would no longer burn fossil fuels and instead would be fully driven by sustainable energy.  “What I propose to do today,” he told all of us listening, “is to establish a national commission of scientists, engineers, business and government people, to set a goal that within ten years we’ll have a practical, clean, efficient substitute for oil.”

In 2009, Netanyahu pledged before some of the world’s most powerful political and technology leaders that within ten years, Israel would no longer burn fossil fuels. We failed to do so.

As the climate-focused news cycle catalyzed by COP26 fades into history, it is crucial we remember that day in Jerusalem twelve years ago. Specifically, we should remember that despite Netanyahu’s best intentions and public commitments, we failed. We did not harness Israel’s entrepreneurial spirit to solve humanity’s addiction to fossil fuels.

The blame for inaction is not Netanyahu’s alone: we all knew the inconvenient truth of climate change, and still invested our pensions through VC and PE in advertising tech and cyber instead of climate-focused initiatives. We did this because we did not yet feel the heat, because the reality of the collapse was not staring us in the face; unlike, say, a nuclear Iran, which was featured regularly in our news and movies and repeated endlessly by our leaders, climate change never seemed to be the most immediate threat. Today, with the damning conclusions of the UN report on climate change confirming what we have long known but not internalized, it is clear that climate collapse is not just staring us in the face — it’s breathing down our necks.

Even though we are witnessing the effects of climate collapse on our world, we seem to be unable to effectively describe how we might avert the worst effects of the collapse

The great challenge of the present day is that even though we are witnessing the effects of climate collapse on our world, we seem to be unable to effectively describe how we might avert the worst effects of the collapse. The saddest part of the new Blah Blah Blah rebellion, aside from how it lays bare the next generation’s loss of faith in our leadership, is that it also makes plain that we are utterly lacking an alternative story to frame our lives and guide us to a future where we will not live under threat of climate-caused chaos.

Even the growing number of science fiction authors who dedicate their talents to this subject cannot seem to envision scenarios in which climate collapse is prevented, increasingly publishing stories of how we adapt and survive instead. We are living through a moment without a compelling story to show us how we become the heroes and avert climate collapse.

That is why developing a robust, persistent storytelling effort to motivate the public to address collapse in our remaining eight years of stability is a critical weapon in Israel’s fight against climate change.

Developing a robust, persistent storytelling effort to motivate the public is a critical weapon in Israel’s fight against climate change.

We, the People of the Book, know how a good story can change the world. The story of our ancestors, the wandering Arameans, kept us together through millennia of exile. Our daily retelling of the promise of a return to Zion paved the path to our national rebirth in the State of Israel. It is no coincidence that Theodore Herzl was a playwright: the success of the Zionist movement was the success of the Zionist story, a story that convinced our People it was time to realize our collective potential by opening a new chapter in the land promised to our ancestors.

In fact, storytelling is so deeply ingrained in our culture that members of our People have led and participated in the leadership of the various storytelling industries that have shaped all of humanity. Alongside Abraham’s sharing the story of the Eternal, and Moses’s situating our traditions and morality through our identification with the slave and the stranger, we have more modern storytellers: David Ricardo told the story that enabled international economic cooperation, Karl Marx told us how materialist culture develops through class struggle, Sigmund Freud told us how our personal stories define how we feel and act, Hannah Arent told us how our collective stories make evil banal, Ayn Rand’s story justified rugged individualism, Milton Friedman’s story solidified shareholder capitalism, Robert Cover redefined law through narrative. These and other great storytellers shaped how we think of the world, helped us define our place in it and, as a result, affected policy decisions for generations.

We need to invest in storytelling if we are to motivate our public to devote more bandwidth and more budgets to address the existential threat of climate collapse.

We need to invest in storytelling if we are to motivate our public to devote more bandwidth and more budgets to address the existential threat of climate collapse. First, we need to make sure the scale of the problem is well understood by all. We need the news industry to dedicate regular space for stories about the effects of climate change and to feature heroes to emulate. We need every news hour to feature a segment on the climate, every newspaper edition to track our progress towards sustainability on the front page, every government report to include an analysis of how the changing climate will figure into the long-term implication of plans and policies. We need everyone, the playwrights and producers and directors and designers and copywriters and cartoonists, everyone who tells stories to switch from business as usual and start telling the story of how we avoid impending disaster.

But generating fear is not enough. More than fear, we need hope. We need inspiring stories. Narratives about how we rise up and take our future back into our own hands. Narratives telling how brave politicians bring together the levers of government to focus on the collective enterprise of averting disaster, how brave business leaders redefine industry to stop capital’s reliance on negative externalities. While fear can be fuel, without hope it leads only to retreat. Hope is the seed of true empowerment, and of change.

In recent decades, Israel has become one of the leading cultural engines of the developed world. Israeli television series are sought after by the leading streaming services and networks, Israeli movies grow in their international recognition, Israeli authors are heralded by world leaders as a powerful framing of history and civilization. In addition to developing new climate technologies, building urban public housing, and aligning our innovation ecosystem to unleash our entrepreneurial spirit, we need our cultural leaders to take on the challenge of climate collapse through powerful storytelling. We need our best and brightest artists and creators to convince us that there is a better place, to show us the promised land, and to chart for us our way through the wilderness. We’ve always been storytellers. We need to take a page from our own book before it’s too late.