The Israeli Independence Day always gets me pensive. With its reliance on military and monetary aid from the US, and its extensive export to Asia, Europe, and North America, it’s ironic, almost sardonic to think of the state of Israel as independent. But what country is independent if our world is globally interconnected? We are all so entangled that if one country, even as small as Greece, were to collapse, the consequences would be painful to billions around the world.

But then, most of us don’t live in the macro; we live in the micro, in our own little worlds. What makes us happy (even if momentarily) is not that our country’s GDP has grown by 3% this quarter, but that we got a raise and make $3 an hour more than we did last year. If the conflict with our neighboring countries is escalating once again, it troubles me. But what troubles me much more is if my child is being bullied at school.

Most of us are ordinary people, who worry about ordinary things. The problem is that ordinary solutions to ordinary problems don’t work anymore. We have lost our sense of personal security, confidence, and our optimism is beginning to fade as it grows harder and harder to believe that things will get better tomorrow. These basic elements of confidence, security, and hope, constitute our sense of freedom, and we cannot be happy without them.

When I consider the life we have in Israel compared to the life that Israelis had when the country was in its infancy, I feel embarrassed by how spoiled we have become. We have all the amenities of life, and even relative security, yet the founders of the country were much happier, with far less material goods, and far more insecurity concerning their future.

But the founders had something that we have lost, a key element to happiness in life: They had meaning! They knew why they insisted on living here, and knew that they had no place else to go. We have lost it, but it is an imperative ingredient in one’s happiness. Today’s lack of meaning is so profound, and so prevalent throughout the world that people would do anything to satisfy it. They join ISIS or become political extremists, all for the sense of purpose and meaning that comes with fundamentalism. And those who do not opt for extremism, all too often find comfort in substance abuse and other self-destructive engagements.

However, the solution is close at hand. We tend to forget it, but we all feel best when we are among close friends and family. When people accept us for who we are, we feel confident and free. Moreover, the feeling that we are worthy encourages our inherent desire to contribute our share, making us positively proactive in our communities. 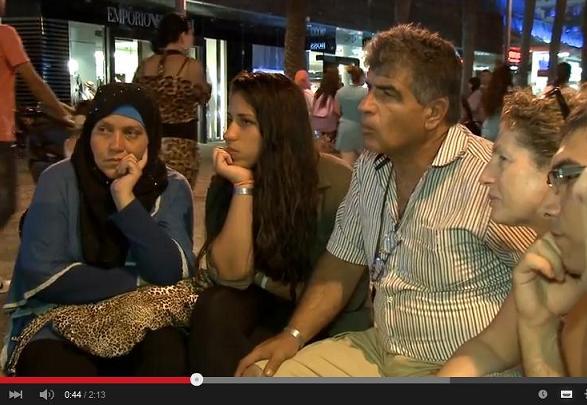 People with strong social ties live longer and are generally healthier. Such people are less prone to substance abuse or to various forms of extremism. In fact, even if they are already involved in self-destructive engagements, the most effective way to help them change is by assisting them in fostering positive social connections. Portugal’s success in cutting addiction rates by half is proof that such methods can be implemented on a broad scale, and there are many more such as this one.

If we are so dependent on good social ties, then how do we develop them, when we are so prone toward suspicion and alienation? The answer is easy: Instead of succumbing to pessimism, or trying to fight our self-absorbed nature (and rarely succeed), we should concentrate on nurturing a positive social environment, one that accepts and embraces everyone for who they are, and encourages people to contribute their skills to the benefit of society. 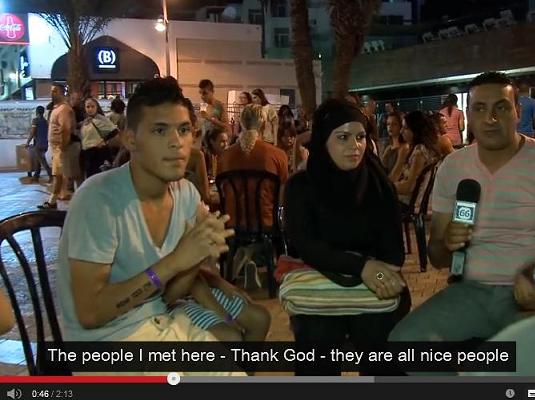 In Israel, we have begun to facilitate through the Arvut (mutual guarantee) Movement a method called “circles.” The idea is to gather a few people, often complete strangers, and invite them over to sit in a circle and join a discussion. The discussion follows a few simple, but critically important rules, and the results are astounding. Variations of this idea are performed in many places throughout the world, but here we are talking about taking complete strangers, even enemies, and dissolving their suspicion and animosity within less than an hour. In this clip, we interviewed Israeli Arabs vacationing in Eilat, a resort town in Southern Israel, after they participated with Israeli Jews in a circle. Their words speak for themselves. 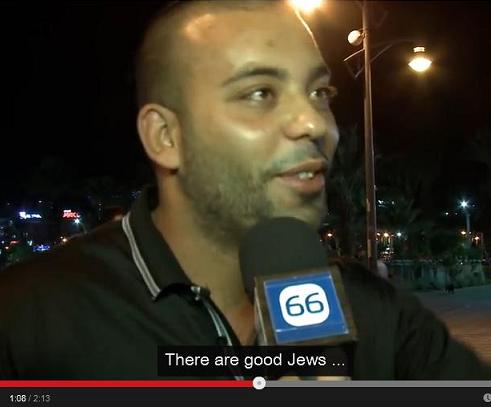 Participant in Circles Method by Arvut Movement in Eilat

The guidelines of the circle are simple:

2) The host asks a question that everyone answers in their own turn.

3) Everyone is in the circle equal; no point of view is more important or correct than another.

4) Speakers express their minds freely, but are not allowed to negate or argue with other’s views. They are only allowed (and encouraged) to contribute their own thoughts to the collective pool of views. No answer is wrong or right; the idea is to contribute.

5) Limit the speakers to one minute each. This will prevent “speech making” that might disengage others from the conversation.

6) Optional: Use a “speaking object.” Anything small will do, like a pen or a flower. Only the person holding it may speak, and the speakers pass it among them when they are done speaking.

The questions are also important; they must encourage positive relations. For example, “Why are positive social connections so important in our lives?” is a good question for the beginning of a discussion. But “What type of social connections can help us?” is not recommended because the answers can go in many directions, and not necessarily socially constructive ones.

The circles method is just one way to make our society more supportive and embracing. There are many others that can be implemented, but the important point to remember is that if we foster positive social ties, we will feel happy and free, strong and healthy. And this, at the end of the day, is all the independence that we need.