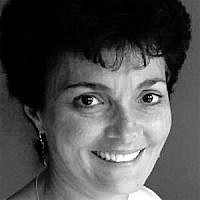 The Blogs
Daniella Lewis
Apply for a Blog
Advertisement
Please note that the posts on The Blogs are contributed by third parties. The opinions, facts and any media content in them are presented solely by the authors, and neither The Times of Israel nor its partners assume any responsibility for them. Please contact us in case of abuse. In case of abuse,
Report this post.

“The problem is that you are a filthy Zionist Jew, and we do not talk to Zionists!” Is what a pro BDS activist shouted at Natan Pollack at the Witwatersrand University in South Africa. It was 2014 and Natan called a meeting between the Jewish organization he headed and the pro BDS group on campus. He wanted to see if they could have a dialogue. Guess not. So what is a Jewish boy to do? -Research and think: How do you talk to people who will not talk to you?

This was the catalyst to the establishment of the South African-Jewish Forum. A non profit organization, who’s mission is to take young South African leaders on a one week, all expenses paid, trip to Israel.

The anti-Israel, pro Boycott-Divestment -Sanctions movement has skillfully managed to insert itself into campus life, by promoting a narrative linking Israel to Apartheid. This is a very powerful manipulation of facts in South Africa, since black South Africans are intimately familiar with the hardship and suffering Apartheid entails. They feel compelled to help those who are oppressed in such a manner. Indeed, they feel it is their duty to help those who suffer under this yoke. Therefore, if you are pro human rights, you are inevitably pro-Palestinian, anti-Israel and, by extension, anti-Jew. This sentiment is further intensified by image displays of death and carnage, supposedly perpetrated by the Israelis, during Israel Apartheid week on campus. Can anyone blame students for being hostile to the Jews on campus?

Nathan Pollack and Dan Brotman of the South African-Israel Forum worked tirelessly to get funding, and then convince these mostly reticent anti-Israel student leaders, to join them on a free fact finding trip to Israel.

Their first group consisted of 18 such students.

The trip is not designed as a pro-Israel trip. It is meant to help the participants see for themselves what Israel is all about, and draw their own conclusions. They visit cities like Tel Aviv, Jerusalem, West Bank towns, Golan Heights and the Negev Desert.

They got to speak to Israeli Arabs and Jews, Palestinian Muslims and Christians. They also spoke to members of the Druze and Bedouin communities. They got a more balanced view of the situation in the country.

They understood that they were misinformed in South Africa. There was no Apartheid. Arabs and Israeli soldiers were walking side by side as were religious Jews, Ethiopians and Christians. A similar mix could be found on buses and in restaurants. South Africans know what Apartheid looks like and feels like. They know what it is not. They are deeply offended by the cheapening of the hardships they and their parents endured. Their history of oppression is being hijacked and diluted when it is used indiscriminately. They realized were fulfilling someone else’s agenda by protesting and engaging in anti-Israel activity. They were manipulated and drawn into a conflict that does not serve their own interests: It is not their fight.

Now they are sharing their new perspective.

It is important to note that they are not pro-Israel activists. Rather, they understand that the Boycott-Divestment-Sanctions movement that has infected every campus in South Africa is adversely affecting campus life. As a result of their trip they know that this campaign is based on a lie. They are frustrated that when the student body meets to discuss issues that pertain to the students and the university, much time is spent on discussing boycotting Israel or planning for Israel Apartheid week on campus. The movement is like an invasive parasite that takes over every organization it infiltrates, to the detriment of the organization’s own mission statement and survival. These students want to concentrate on issues pertaining to the university. They do not want to waste their time on a far away conflict that has absolutely nothing to do with their campus.

On a larger scale, South African leaders need to take care of South Africa. There are a lot of challenges that the population faces: High unemployment averaging 25%, hunger, crime and the highest differential between the poor and the wealthy in the world. Jamie Mithi, one of the students speaking out, shared his experience of eating a Strawberry in the middle of the Negev Desert in Israel. Here he is, enjoying a freshly picked strawberry. All around him is brown desert sand. He thought to himself how South Africa needs Israel to help improve the South African agricultural industry. This would not only provide food but jobs as well. With unemployment at 40% in some areas, this is a life saving help. This is something concrete that can help his fellow citizens. However, how can South Africa get the help they need if they are fighting against the one country that can help them with this challenge?

South Africa cannot afford to be distracted by issues that do not help it on its struggle to care for its own population. These intelligent, educated students recognize this fact. They know that one day they will be steering their country. They understand that they need to be free of deceptive distractions and diversions of political agendas that do not serve their country and their fellow citizens. This is why they are speaking out: To change the discourse on campus and beyond.

About the Author
Daniella was born in Bulgaria, and lived in Israel and South Africa before settling in California. She is actively involved in her Zionistic Orthodox Synagogue as well as pro-Israel advocacy organizations.
Comments