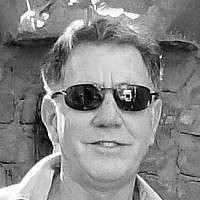 What a difference a week can make.

First the Israel camp had to confront a shameful truth: the enemy camp had done a better job framing Israel than the Israel camp had done defending it. A BBC opinion poll confirmed as much. How degrading to be told that the Jewish State lies on a dungheap with Iran, Pakistan, and North Korea. Turns out the mere mention of Israel is enough to make 68% of Europeans and 50% of Americans hold their nose.

Then came a heaven-sent moment. Last Friday, May 18, a new front in the propaganda war suddenly opened when the South African minister of trade and industry, Rob Davies, invoked the Consumer Protection Act and stated his intention to:

…require traders in South Africa not to incorrectly label products that originate from the Occupied Palestinian Territory (OPT) as products of Israel.

The South African government, for its part, intends to label products from a source that exists only in the imagination of a group of people. South African Jewry has only to test the OPT faith in court to vanquish it for all eternity.

There’s never been a better time, on a better platform.

Following is a sneak preview of the case.

To begin, certain foundation facts are not in dispute. In the 1948 War Egypt grabbed the Gaza Strip, and Jordan took Judea and Samaria — the “West Bank.” Egypt did not claim sovereignty in Gaza, but in 1950 Jordan annexed Judea and Samaria. This annexation was not recognized by international law, and even the Arab nations objected to it.

In 1967, after the Six Day War, these territories, originally meant for the Jewish people’s national home according to the Mandate Charter of San Remo, 1920, returned to Israeli control.

With your permission we call our first witness. Professor Judge Stephen M Schwebel was elected to the International Court of Justice in January 1981, and subsequently re-elected twice, serving as president of the court from 1997–2000.

President of the ICJ

A state [Israel] acting in lawful exercise of its right of self-defense may seize and occupy foreign territory as long as such seizure and occupation are necessary to its self-defense. Where the prior holder of territory had seized that territory unlawfully [Jordan], the state which subsequently takes that territory in the lawful exercise of self-defense has, against that prior holder, a better title. As between Israel, acting defensively in 1948 and 1967, on the one hand, and her Arab neighbors, acting aggressively, in 1948 and 1967, on the other, Israel has the better title in the territory… including the whole of Jerusalem, than do Jordan and Egypt.

Thus far we have met nothing that’s “Palestinian” about the territory. But perhaps that’s ahead of us.

But before we put the cart before the horse, it would be better if you begin by explaining when and how Palestinians emerged as a people. After all there cannot be a claim and a right without a people to claim their right. Please refer to even one international instrument wherein the inhabitants of Mandatory Palestine were referred to as the Palestinian people. No?

How about starting in 1922 with the League of Nations Mandate for Palestine. It gave Britain, the mandatory power, the following obligation:

The Administration of Palestine, while ensuring that the rights and position of other sections of the population are not prejudiced, shall facilitate Jewish immigration under suitable conditions and shall encourage, in co-operation with the Jewish agency…close settlement by Jews, on the land…

No Palestinians in there; merely “other sections of the population.” BDS supporters, we are not going to find your Palestinian people in the British Mandate, so let’s move on.

Shall we try November 1947 and UN General Assembly Resolution No. 181. T. This provided for “Independent Arab and Jewish States and the Special International Regime for the City of Jerusalem…”  An Arab state, mind — not a Palestinian state. No sign yet of a Palestinian people. But let’s keep trying.

The year 1967 would be the next time to look. By now Israel has taken Judea and Samaria off Jordan’s hands, and become the occupying power. Hopefully now we shall find the Palestinian people.

Note the word “Arab.” Nowhere in the UN resolution do we find a party to the conflict called the Palestinians. The resolution was adopted to end the state of belligerency then existing between the “States concerned:” Israel, Egypt, Jordan, Syria and Lebanon. No Palestinian people before 1967!

Your honor, at this point we can do no better than call on a Palestinian leader. Zahir Muhsein was head of the PLO Military Department and a member of the PLO Executive Committee:

The Palestinian people do not exist. The creation of a Palestinian state is only a means for continuing our struggle against the State of Israel for our Arab unity. In reality, today, there is no difference between Jordanians, Palestinians, Syrians and Lebanese….The moment we reclaim our right to …Palestine, we will not wait …to unite Palestine and Jordan.

No surprise. Under Jordanian control for 19 years, leaders of the future Palestinian people disavowed any claim to the territories. They were happy to be under Jordanian rule. Look it up: Article 24 of the National Covenant of the PLO, May 28, 1964.

But let’s go past 1967 and see if we cannot give the Palestinians a right to have a state, in a territory called OPT. Our BDS opponents shall not be felled by the facts of history, however indisputable, or the opinion of one jurist, however exalted.

We call on Professor Talia Einhorn, from the T.M.C. Asser Institute for international law in The Hague.

There is nothing in international law that requires a Palestinian state between the Jordan River and the Mediterranean, not even the UN Partition Resolution of November 29, 1947…it is merely a recommendation and nothing more…. The fact that the Arab states did not accept the Partition Plan voids the recommendation of any legal basis.

Thank you, Professor Einhorn. So the Palestinians have no claim in law to the occupied territories.

To take us forward I now call on Alan Baker, who was legal counsel for Israel in the drafting of the Oslo Accords. Perhaps the agreements now in force, the Oslo Accords, may give the Palestinians some kind of right to the occupied territories.

Could you start, Mr. Baker, with the 1947 Partition Plan, so that the court may understand why today the Palestinians have no land to call their own?

Had the Arabs accepted the Plan of Partition, passed by the UN in 1947, they too would have had a state, and that would have been the end to Jewish rights of settlement in Judea and Samaria (the West Bank). But the Arabs did not accept the Plan. Hence those Jewish rights to settle the “West Bank” did not end. Jewish settlements are not illegal.

In 1993 Rabin and Arafat signed the declaration of principles on the White House lawn. This aimed to: “Establish a Palestinian Interim Self-Government Authority, the elected Council for the Palestinian people…for a transitional period not exceeding five years, leading to a permanent settlement.”

Observe: The Declaration made no mention of a Palestinian state as the goal; nor did it call for a cessation of Jewish settlement activity.

Then, in 1995, Israel and the Palestinian Authority (PA) entered into an interim agreement. Again there was no mention of a Palestinian state as the final goal.  It provided only for an unspecified “outcome:”

“Neither side shall initiate or take any step that will change the status of the West Bank and the Gaza Strip pending the outcome of …negotiations. Neither party shall be deemed… to have renounced or waived any of its existing rights, claims or positions.”

Thank you, Mr. Baker. So Israel, when signing the 1995 interim agreement, which is in force to this day, did not renounce any of its rights or claims to the occupied territories.

What can be said about them? They are more than premature – they are presumptuous. They anticipate a future settlement between two sides, Israel being one of them. What entitled them to remove Israel from the equation?

About the Author
The writer is a prolific author of novels and non-fiction, essayist and commentator on ‘Enemies of Zion’ which happens also to be the title of his latest book. His works are The Paymaster, 1998; Hadrian’s Echo, 2012; Contributor to ‘War by other means: Israel and its detractors’, 2012; Enemies of Zion, (for publication 2017); and Balaam’s curse ( a novel in progress)
Comments