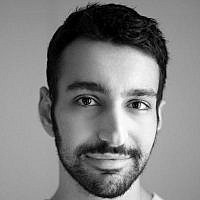 The Blogs
Isaac de Castro
Apply for a Blog
Advertisement
Please note that the posts on The Blogs are contributed by third parties. The opinions, facts and any media content in them are presented solely by the authors, and neither The Times of Israel nor its partners assume any responsibility for them. Please contact us in case of abuse. In case of abuse,
Report this post. 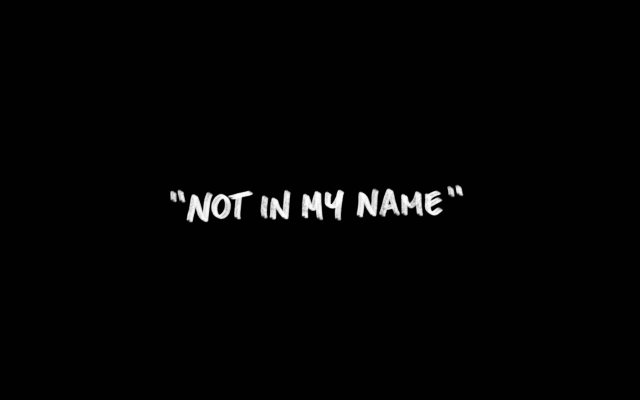 My name is Isaac de Castro. I am a Sephardi and Ashkenazi Panamanian Jew. Growing up in Panama, I always looked up to the United States, and for as long as I can remember that is where I saw my future. I saw a vast country with endless opportunity, a strong identified Jewish community, and I never took for granted the privilege I had of holding citizenship with which I could easily take the step towards my own pursuit of an American dream.

After four years of living in the United States, and studying at one of its most prestigious institutions, I no longer see my future here with the same certainty I always did. This summer, I became involved in advocacy for Jewish students to address the rise of antisemitism on college campuses in all its manifestations whether from the right or the left, but surely where it is most commonly showing up: in progressive spaces disguised as social justice.

Along with my colleagues, I’ve collected thousands of anonymous stories of antisemitism from Jewish students in institutions of higher learning across the nation. The antisemitism we’re seeing is insidious, persistent and quantifiably dangerous. It is not the antisemitism coming from lone actors that scare me the most, not the swastikas drawn on the snow, not the incidents that are easily spotted and denounced.

It is the antisemitism propagated and encouraged by professors, by campus groups, by student governments and tossed aside by administrations. It is the antisemitism that masks itself as academic freedom or hides behind freedom of speech, the one which vulnerable students are internalizing and accepting, the one which has left Jewish students feeling silenced and outcast, the one which politicians and activists are supporting, the one that is allowed to thrive and that now has inevitably seeped into our lower education system with California’s Critical Ethnic Studies Curriculum Model.

College campus antisemitism has become a hot topic, but one so many wrongfully isolate. The push for a Critical Ethnic Studies is a consequence of this, a natural ending point to a toxic cycle forming. It is all part of the growing movements in American society attacking the pluralism and foundational values this country was created on the basis of, the fact that we are all created equal and our worth is not placed on limiting racial hierarchies.

It is no coincidence that American Sephardi Federation’s Young Leaders is hosting this event. Last month, I sent a letter to ASF’s board of directors, asking them to take a stand. I am proud that they did, as they have been one of the only Jewish institutions with the integrity and courage to do so. Curriculum writers want us to believe that they are doing this on behalf of the greater Sephardi community, for our own good. I am here today to say, not in my name, a message I hope more of us will soon echo.

I am a proud Sephardi man, but before that and anything else, I am a proud Jew. I refuse my Sephardi family to be categorized differently than my Ashkenazi family, as they are intrinsically connected. I refuse to accept our history being erased for someone else’s agenda, whether that is the Sephardi experience in the Holocaust, or Ashkenazi pogroms and immigration. I refuse to leave out Orthodox Jews from the conversation, as they are the primary targets of religious hate crimes in this country.

I could sit here for hours and talk about the issues this curriculum poses in the Jewish section alone, but I have decided not to do that. The problem this curriculum presents is a much larger one as New York and Connecticut accept bills similar to California’s and as college graduates who have internalized these ideologies infiltrate the workforce. Millions of children face potential indoctrination; thousands of young adults have already fallen victim.

The United States bears the scars of our global society’s problem of Jew hatred, but contrary to what others may want you to believe, this country is not institutionally antisemitic at its core, at least not specifically. Sephardi Jews were the first Jewish immigrants to this country, founding important congregations like Jeshuat Israel in Newport, Rhode Island where George Washington asserted, “May the children of the Stock of Abraham, who dwell in this land, continue to merit and enjoy the good will of the other Inhabitants.”

The great Emma Lazarus emphasizes her hope for liberties in this land in her poem “In Exile,”

“Freedom to love the law that Moses brought,

To sing the songs of David, and to think

The thoughts Gabirol to Spinoza taught,

Freedom to dig the common earth, to drink

Perhaps you disagree with my premise of this country being about equality and liberty at its core, that it has never been specifically anti-Jewish, and that is a debate I do not intend on invalidating. Perhaps you believe Lazarus and Washington to have been naive, and their aspirations implausible. I grapple with that too. But that does not justify flipping the script to the point of no return as Critical Ethnic Studies does. It does not make what they fought for irrelevant or impossible; it is something we must still strive for. No matter where you stand on that, the effect of the curriculum under this premise will be the same and it threatens to normalize antisemitism for an entire generation.

To those who are still defending the curriculum, I ask for honesty. I ask that you stop pretending this is being done on behalf of the greater Sephardi community, or even on behalf of the Jewish community. I ask that certain organizations acknowledge they do not hold a monopoly on Sephardic views. I ask that you let go of the opportunism of making this about sectarianism by attempting to right imbalances between subgroups in an open forum, that you stop instrumentalizing Sephardim in a situation that necessitates unity more than anything else. I ask that there be humility in accepting the inaccuracies and imperfection that both Jewish lesson plans present, and hopefully, to accept the unfairness of the curriculum as a whole. At the minimum, you should admit that this is not a closed case. The fact that we gather here today to engage in criticism proves that.

I will emphasize again that this is not a fight in which American Jews can afford to be divided; we must follow the lead of British Jews and their battle with Corbynism, heed their warnings and come together. This is not a fight in which we can compromise and say that scraps are enough. They are not enough. Like every other minority in this country, like every other person, we deserve to be awarded dignity and respect to us and our history, neither of which the third draft of the ESMC is truly able to deliver. Ultimately, more than what we deserve or not, we cannot afford to give up.

The above is the transcript from the opening statement at American Sephardi Federation Young Leaders’ event, “Beyond the Curriculum: A Jewish Communal Discussion.”