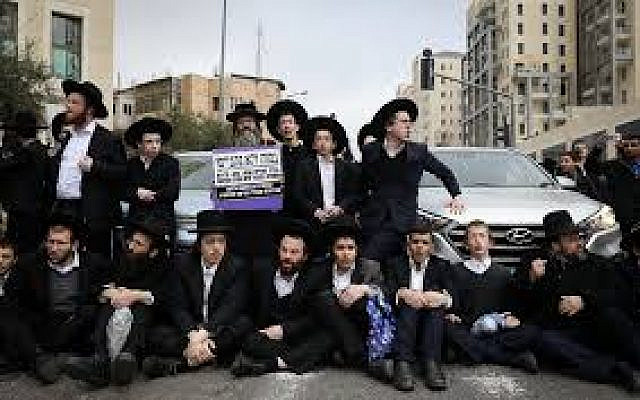 Source: Wikimedia, The Times of Israel.com

In these difficult times, Israel finds itself facing a fresh scandal on an almost daily basis. The latest was the bold statement made by the outgoing head of a hospital situated in the ultra-orthodox town of Bnei Braq, and hence treating primarily that population.

As a rule, I prefer not to write about negative aspects of life in Israel, or to tackle political issues which are amply covered in the media. Given the current situation, however, matters seem to have got out of hand, and this bodes ill for the future.

In a radio interview to mark his departure, Professor Motti Ravid had some harsh things to say about the population he has been serving for the last twenty years. The views he expressed were essentially akin to those held by large segments of the general population in Israel, though because of political considerations they are not often voiced out loud by public officials.

The vast majority of Israel’s population is secular, or at most traditional. Some segments adhere to the full panoply of religious precepts, but they are a minority. Most Israelis are happy to mark the various festivals that punctuate the year with traditional observances such as lighting candles (Chanuka) or holding a token Seder and eating matza (Pesach), and that’s about as far as it goes. They still want to go to the sea or a national park on the Sabbath, eat out in all kinds of restaurants, or drive to visit friends and relatives whenever it suits them. Living in Israel enables one to identify as Jewish without having to be observant.

When Israel was founded its first Prime Minister, David Ben Gurion, agreed to exempt a small quota of ultra-orthodox Jews from serving in the military. Since then the political clout wielded by ultra-orthodox politicians has extended that quota considerably, as well as managing to extort enormous sums from the government to support those communities, whose birth-rates are far higher than those of the general population.

And so today, in the middle of the twenty-first century, the general Israeli population finds itself supporting a huge and growing ultra-orthodox segment that has come to constitute a millstone round its neck. These groups of ultra-orthodox Jews cling to modes of behaviour, dress and religious observance that were current in Eastern Europe in the seventeenth and eighteenth centuries. Most of them do not work, do not pay taxes, do not serve in the military, and thus benefit from the efforts of the rest of the population.

When restrictions were imposed on the entire country in order to stem the tide of coronavirus infections, several ultra-orthodox groups blatantly ignored the ban on large-scale gatherings by insisting on congregating together for mass prayers and festivities. The latest lockdown imposed on the country as a whole was in part due to their refusal to abide by these

restrictions, as well as to their politicians’ threats to cease supporting the current government if the restrictions were imposed selectively on areas with a high proportion of ultra-orthodox residents, which is where infection rates are highest.

Thus, many ultra-orthodox groups appear to have made it part and parcel of their ethos to hold the rest of the country to ransom, and it was the good doctor, Professor Rabid, who pointed this out fairly and squarely, without quailing before the repercussions to his position and reputation.

Israel’s tragedy is that the current government, and especially the individual at its head, show themselves only too ready to kowtow to the threats and pressure exerted by the ultra-orthodox and their leaders.

Once the coronavirus is beaten and the world – Israel included – can return to normality of some kind, it will be time for a thorough reassessment of the values and political systems that have prevailed to date.