Thanks to what a friend calls “the orange poltroon” in the White House, being a journalist has never felt tougher. The atmosphere is toxic in every country, from the US to Russia, from Britain to — of course — Israel.

And before readers say, aw, diddums, if you can’t take the heat, etc, I would just say, respectfully, that journalists are there to challenge and to hold those in power to account.

The orange poltroon lost sight of this in a big way recently when — irked by questions put to him at a regular White House press conference by CNN journalist Jim Acosta — he did two dreadful things. One, really disgraceful response, was to allow the White House to put out a doctored videotape of the question-and-answer session between Acosta and Donald Trump. The speeded-up video appeared to show Acosta, er, “accosting” a female intern who was trying to take the mic away from him.

This was a blatant lie. The second thing was that Trump authorised the revoking of Acosta’s press pass, without which he was unable to attend press briefings. CNN and Acosta went to court and Trump, and his press secretary, Sarah Huckabee Sanders, were forced to give in and reinstate Acosta.

You might well be wondering what this has to do with the Jew in the street in the UK — and in Israel. Well, two different instances come to mind which, for me, profoundly illustrate how Trump’s loathsome attitude to a free press has seeped oozily through the world, allowing those in power to assume that no-one will question them, or dare to.

In Boston, last week, the Israeli consulate sent abusive messages on Twitter to a Jewish journalist. His “crime”? Dan Cohen had attacked as “a whitewash” the way the Associated Press had covered the escalation of hostility in the Gaza Strip.

Now, it is true that Cohen’s line may not be to the consulate’s liking, given that he works for RT America, a TV station funded by the Russian government. Certainly, his allegations were picked up by the profoundly anti-Israel website Electronic Intifada, which inevitably flourished Cohen’s claims as a boost to its own credibility.

The response from the consulate, however, was somewhat over the top. Cohen received private messages from the official Twitter account of the consulate accusing him of being “a disgrace to Americans and Jews everywhere”. Another message said: “Getting retweeted by the founder of Electronic- Intifada must feel like cognitive dissonance, eh?”

A somewhat cross Cohen made the Boston consulate’s messages public. And an embarrassed Israeli Foreign Ministry spokesman, Emmanuel Nachshon, told Ha’aretz that the messages were “incorrect and inappropriate conduct”. Later, the consulate claimed that the messages had been sent by “a former employee who no longer works with the consulate, and accidentally sent this message from the consulate’s account rather than his personal account”. To which my response can only be, oh, please. If you believe that, you believe in unicorns.

Meanwhile, back in our own fair community, the great and the sometimes good are showing an alarming tendency to balk at being asked questions. Here’s the thing: if you stand for public office you need to expect to be questioned on things you do while you are in that position. If it looks like there is a conflict of interest, walks like a conflict of interest, there is almost certainly a conflict of interest. And you should not be surprised or shocked when journalists do their job. That is the price for living in a free democracy. 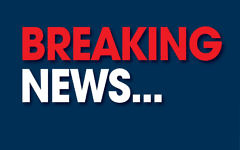 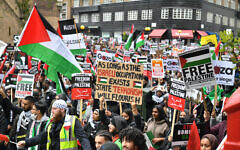 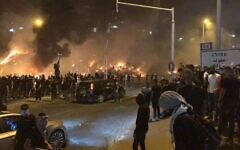