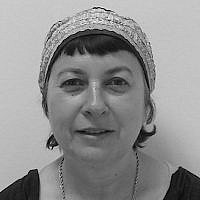 My husband and I had the good fortune to celebrate this last Shabbat, the day before the anniversary of “Jerusalem Day”, in the eternal capital.  We had been invited to a “Shabbat Chatan” of a dear nephew that was celebrated with immediate members of the families.

After the beautiful Shabbat Eve prayers, we assembled in the hotel for an intimate dinner where we could relax after the busy week.  The meal was accompanied by singing and catching up on the family news.  Afterwards, spontaneously, people started to recount where they had been forty-eight years ago.  There was someone who had been an army officer cadet, someone else who had dug trenches in a southern town.  My husband related how he had been attending a sports lesson when they were told to make haste to the nearest shelter.  My sister-in-law reminisced about being taken to the shelter where the mothers of her friends took turns to look after them.  The younger family members were silent.  For them, the stories dated back to the period of the second Temple and merged into one with the events of the War of Independence.

The next morning, we met at the Kotel to hear the bridegroom read the weeks portion from the Torah. The men found a shady niche and he began his reading. Our bridegroom, or “bridgegroom” – wasn’t he a bridge to another family? He read with confidence, cheered on by the candies that were showered on him from time to time.  This is a bridegroom who had not been brought up to observe all the 613 commandments but who had made sure that he would have a proper “Shabbat Chatan” at the Kotel and that he would read the Torah portion himself.  Black, yarmulke-headed children, colored crocheted kippa-headed children and children with no head-covering at all enjoyed picking up the candies and sucking their sweetness.

The bridegroom, an experienced tour guide, led us through the noisy, crowded market up into the shady Miskenot Sha’ananim neighborhood where we arrived a quiet venue for lunch.  Other people joined us for lunch which was infused with singing Shabbat songs, songs of Jerusalem and blessings for the future of the newly-married.  Who would have guessed that we had been total strangers beforehand?  Am Yisrael Chai – religious, traditional, from western origin, from eastern origin experienced the spiritual uplift of Shabbat, the happiness of the new couple and Jerusalem Day.

Late afternoon, my husband and I had made plans to take a walk and visit our married daughter, husband and two-year-old lively granddaughter.  “Just thirty minutes downhill and you’ll arrive,” my son-in-law said.  “For us, it’s forty minutes uphill”.  We set out on our mission having decided to walk down “Park HaMesila”, (the walking path and bicycle route from the old train station to the zoo).

Steadfastly and with purpose, we plodded on, dodging dogs and bicycles until eventually took the path to the Pat Junction near the modest rented abode at an exorbitant price of my daughter.  “Moshe Kahlon – Where are you???”  An hour after leaving our hotel, we knocked at their door.  Opening the door carefully, my little granddaughter leaped into my arms; “Savta”, (grandma), she cried.  What an end to a wonderful Shabbat!