Ibn Ezra:  Anybody who sees somebody oppressing the orphan or the widow and does not aid them is also thought of as an oppressor

“Don’t take this too hard,” Sheikh Sayakh El-Turi said to me as we sought shelter behind a van from the bitter cold whipping through the Negev last Thursday. His community, the Israeli Bedouin village of El-Araqib, had just been demolished for the 81st time since July 2010. “I know you are fighting for us. However, any citizen of this state who stands idly by as this is done to us is an accomplice to the crime.”

I did take it hard. I thought I had become inured after 81 demolitions. The incredible cruelty of this demolition, with snow predicted even in the Negev, got to me. I know that Israel no longer recognizes the traditional Bedouin system of documenting land ownership that the pre-state Zionist movement the Ottomans and the British all recognized. I know that this leads to the outrageous justification that the Bedouin don’t really own anything, and causes the Bedouin to lose in court time after time. I know that villages that existed before the State of Israel simply don’t exist as far as Israel is concerned. I have heard the claims that there was never a community in El-Araqib, although the cemetery with graves going back to 1914, the fact that there was an election booth in El-Araqib for the first Israeli elections, the fact that the State needed to EXPROPRIATE El-Araqib rather than simply declare the area as State land, and signed Israel Lands Authority documents, all tell another story. (Thankfully there is a glimmer of hope that a current Israeli High Court proceeding will overturn the precedents denying the validity of traditional Bedouin ownership documents. In a second proceeding, the High Court has rejected the State’s claims that the 1953 expropriation of El-Araqib lands means that no court should hear their land claims today. Yet, I know that Israel has no intent of waiting until the ownership issue is resolved.) I know that the residents of El-Araqib have been reduced to living in makeshift structures and in utter poverty, with huge debts to the lawyers they need to defend them when charged for trespassing on their own lands. On top of that, they have been slapped with a NIS 2 million bill for the first demolition in 2010. Bringing over 1,000 riot police, helicopters and bulldozers cost money.

I know all these things. I know that the Government acts according to its  own inexorable, if immorally flawed, logic. But, I can’t comprehend the intentional cruelty of demolishing on the very day that a record breaking cold spell is hitting the country. I can’t escape the feeling that, having failed to break the spirit of El-Araqib with 81 demolitions, impoverishing legal debts and repeated jailings, somebody thought that exposing men, women and children to the elements on this particular day might finally do the trick. 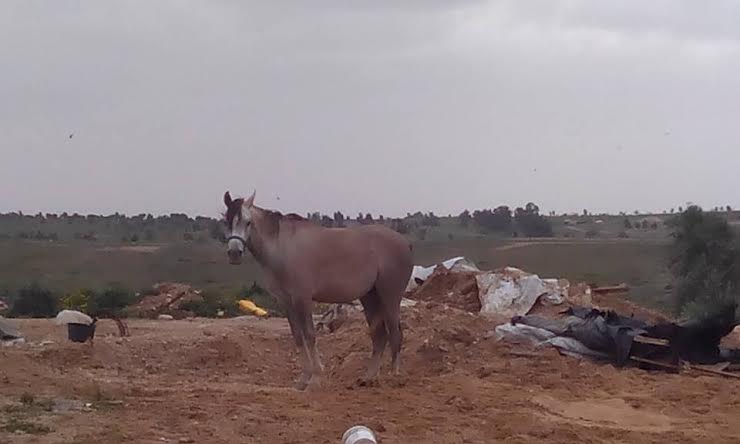 I replied to Sheikh Sayakh that exactly his sentiments could be found in Ibn Ezra’s classic commentary on the previous week’s Torah portion (Mishpatim). We read in the Torah:

“You shall not wrong a ger or oppress him/her, for you were strangers in the land of Egypt. You shall not ill-treat any widow or orphan. If you do mistreat them, I will heed their outcry as soon as they cry out to Me”- (Exodus 22:20-22).

For Ibn Ezra, the ger in this case is the ger toshav, the non Jew who is living among us according to the seven noachide laws (The Jewish version of natural law – standards we also expect of non-Jews). Professor Yaakov Blidstein and others have even suggested that for Ibn Ezra the non-Jewish ger is a subcategory of reah: the one who is like us in an essential way. “You shall love the one who is essentially like you as yourself” (Leviticus 19:18). Ibn Ezra writes:

“When the ger agrees not to practice idolatry you will not wrong him/her in your land. For, you have much more power than s/he does. Remember that you were gerim in the land of Egypt. Just as the Torah mentions the fact that the ger has no power, it also mentions the orphan and the widow, who are Israelites, but have no power.”

In the Torah, the punishment for mistreating the ger, the orphan or the widow is so fierce that I am hesitant to repeat it. Ibn Ezra’s sharp eye notes that the text switches from the plural to the singular:

(21) “After the Torah says, ‘And you shall not oppress‘ in the plural, it says ‘If you shall oppress”(In the singular) For, anybody who sees somebody mistreating the orphan or the widow and does not aid them, s/he is also thought of as one who is mistreating. (22) ‘And if you do mistreat them.‘ And here is the punishment. If one person mistreats and nobody comes to help out, the punishment is collective…”

Ibn Ezra, like Sheikh Sayakh, is saying that the one who stands idly by is thought of as if s/he also is abusing the Jewish and non-Jewish weak and powerless. This is true, whether those being abused are our fellow Jews in need of public housing, Israel’s Bedouin citizens, asylum seekers or Palestinians. As we approach our Israeli elections, I can’t help but think that not voting is a form of standing idly by.

I truly pray that we are not incurring upon ourselves God’s wrath, as expressed in the Torah. I look at the citizens of the now recognized Bedouin villages in the north proudly identifying themselves as Israeli citizens, and know that Israel could do differently in the Negev. We conducted an opinion poll showing that 90% of Israeli Jews think the Bedouin are “taking over the Negev.” When they learn that outstanding Bedouin land claims are actually only a mere 5.4% of the Negev, the majority believes it is fair to honor those claims. In our souls, we are a decent people who aspire to do justly. After receiving thousands of letters, the Jewish National Fund agreed to leave a portion of El-Araqib unforested until ownership is resolved. You and I can make a difference.

However, even as Sheikh Sayakh repeated the vision I have heard from him so many times of Jews and Arabs sharing the land, and while maintaining that the Bedouin are loyal citizens of the State who do not deserve the treatment they are receiving, Sheikh Sayakh expressed his fear that the Government was pushing Arabs and Jews towards civil war. In the Negev we face the choice between rising tension and fleeing investors to the detriment of all, or a shared future of cooperation in a flourishing Negev. God’s threatened punishments may not require supernatural agency. We can bring them upon ourselves, or act with the wisdom, compassion and decency that we are capable of.

Some will note that, while the Torah speaks of the ger, the orphan and the widow, Ibn Ezra only mentions the orphan and widow when discussing collective responsibility. Anybody who studies Ibn Ezra’s extensive commentaries on the ger understands how central treating the ger is in Ibn Ezra’s thought. He, like the Torah itself, condemns the mistreatment of the weak, whether they are Jewish or non-Jewish. And, for us in Rabbis For Human Rights, the Jewish single parent mother opening the empty refrigerator is just as important as the Bedouin deprived of his/her land. Socioeconomic justice for Jews is a bit more in the consensus in Israel today, and therefore is a little less pressing to write about. However, while we and our coalition partners are pleased to take some of the credit as we see Israel’s political parties competing with each other to show who will do the most for public housing and the Hebrew press full of articles on the subject, we also know what can happen to election promises. This is especially true when opposition parties become coalition parties. More importantly, the situation on the ground remains dire.

Going back again to Parashat Mishpatim, the special haftarah we read because it was also Shabbat Shkalim could have been written yesterday. Kings II5-16 tells us how King Yehoash needs to deal with the fact that funds to be used for repairing the Temple are not being used for the intended purpose:

In Israel today it is estimated that 2.75 billion shekels from the sales of public housing were diverted to other purposes since 1998, rather than to the intended goal of replenishing the public housing stock. We see the results in Beit Shean, Jerusalem and other places where we work. Thousands are waiting for up to ten years to get a public housing apartment, others in genuine need are kept off the list by irrelevant criteria. (Single parent mothers with less than three children are told to go and have more children, so they can be added to the waiting list.) Existing apartments often are in need of repair. Some are outright dangerous. I have personally visited apartments where the tenants had been waiting for years with water leaking into electrical outlets. 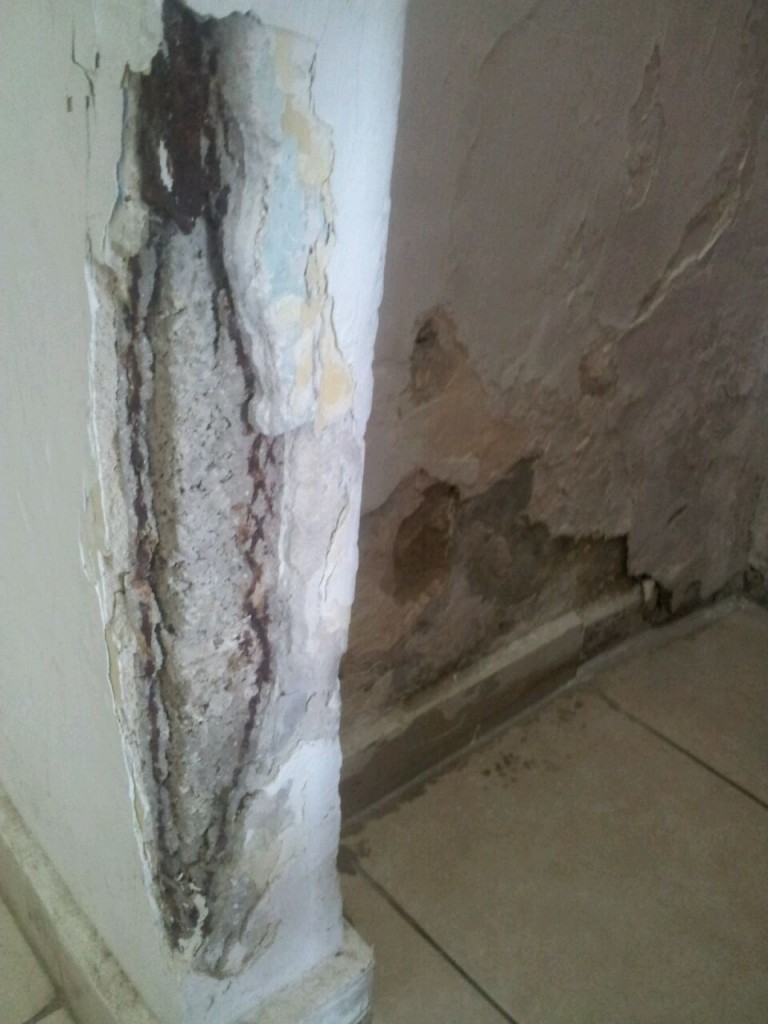 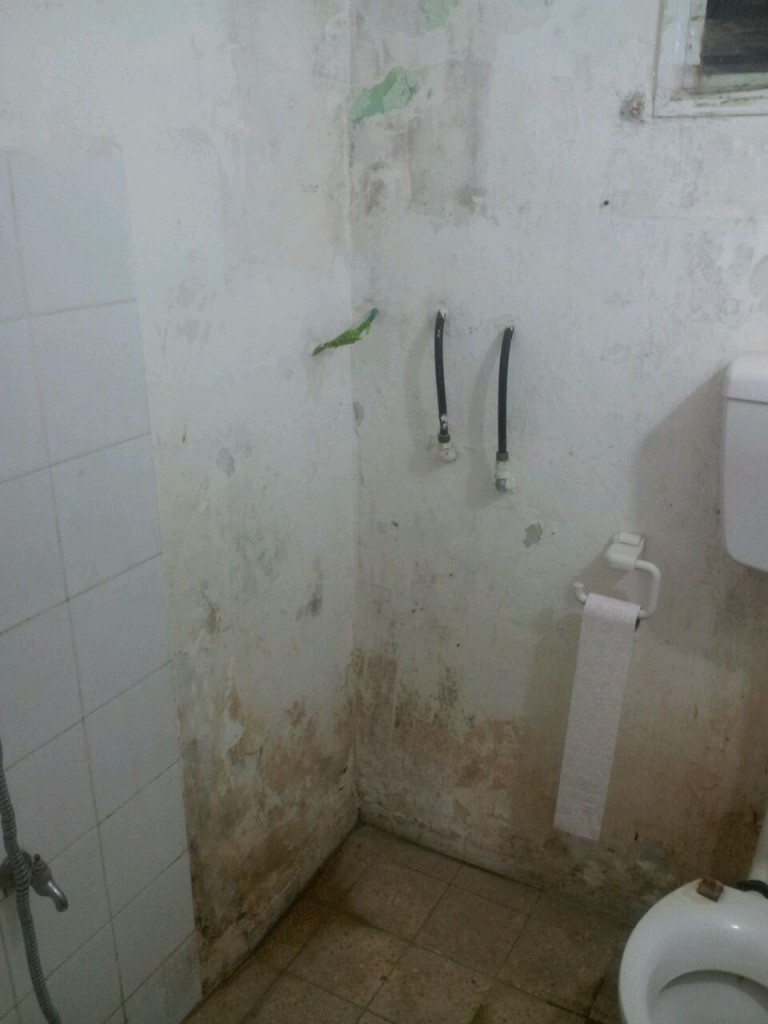 From the unrecognized villages of the Negev to the dilapidated apartments of Beit Shean, Government policies sadly violate both the Torah’s prohibitions against oppressing the powerless. They are contrary to what I believe to be our true essence as a just and moral people.